(Note: Contains references that some readers may find offensive) 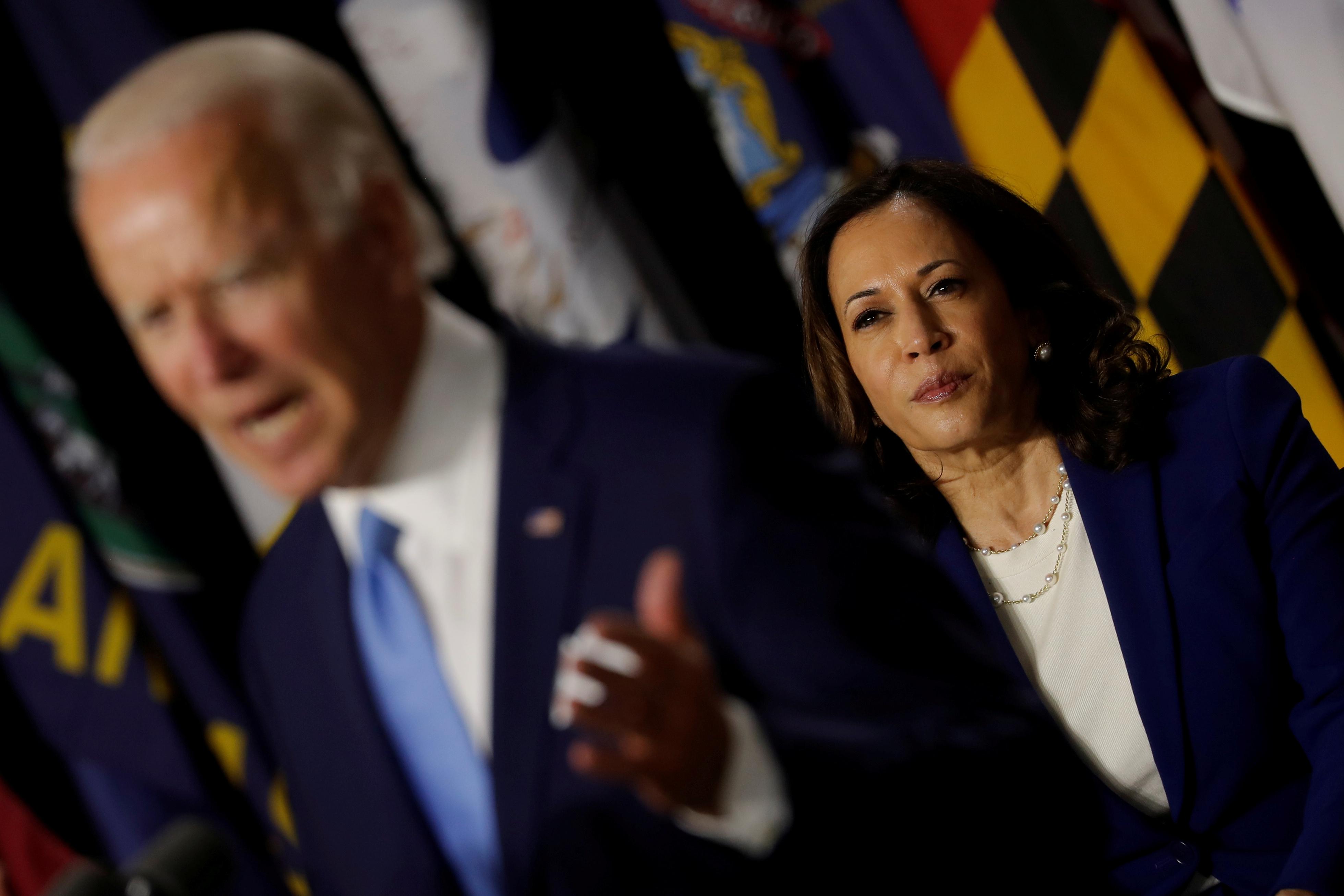 MELBOURNE (Reuters) – A cartoon in Australia’s biggest national newspaper was denounced as racist by some top government figures on Friday for a portrayal of U.S. Democratic presidential candidate Joe Biden and his running mate Kamala Harris that critics said was racist.

The cartoon by Johannes Leak in The Australian newspaper, which is owned by Rupert Murdoch’s News Corp and is known for its conservative views, depicted a beaming Biden saying, “It’s time to heal a nation divided by racism.”

The drawing then showed him pointing to Harris, the first Black woman on a major-party U.S. presidential ticket, and saying, “So I’ll hand you over to this little brown girl while I go for a lie-down.”

The 77-year-old Biden would be the oldest president ever if he wins in November.

The cartoon drew immediate criticism from some officials, and other critics. “It’s offensive and racist,” Andrew Giles, an Australian Labor politician and shadow cabinet minister, said on Twitter.

Former attorney-general Mark Dreyfus tweeted, “If The Australian has any respect for decency and standards it must apologise immediately, and never again publish cartoons like this.”

The Australian’s editor-in-chief, Christopher Dore, stood by the cartoon, saying Leak was mocking Biden’s own words.

“The words ‘little black and brown girls’ belong to Joe Biden, not Johannes, and were uttered by the presidential candidate when he named Kamala Harris as his running mate yesterday; he repeated them in a tweet soon after,” Dore said in a note to the newspaper’s staff, provided to Reuters by News Corp.

A News Corp spokesman declined to comment on the cartoon.

In introducing Harris as his running mate on Wednesday, Biden said, “This morning, all across the nation, little girls woke up – especially Black and brown girls who so often feel overlooked and undervalued in their communities – but today, today, just maybe, they’re seeing themselves for the first time in a new way: as the stuff of presidents and vice presidents.”

A spokesman for Biden’s campaign declined to comment on the cartoon.

Harris’ selection was hailed as historic in the United States, where civil unrest over racial inequity has roiled cities for months following the police killing of George Floyd, a Black man in Minnesota.

Dore said, “The intention of Johannes’s commentary was to ridicule identity politics and demean racism, not perpetuate it.”

Leak did not immediately respond to an emailed request for comment.

Murdoch controls a number of conservative news outlets, including Fox News in the United States, which employs high-profile television hosts such as Sean Hannity and Tucker Carlson who are hostile to Democrats and sympathetic to the Trump administration.