Today in “things I never thought I’d have to remind Americans ahead of the 2020 presidential election,” we have this simple truth: Puerto Rico is absolutely part of the United States. 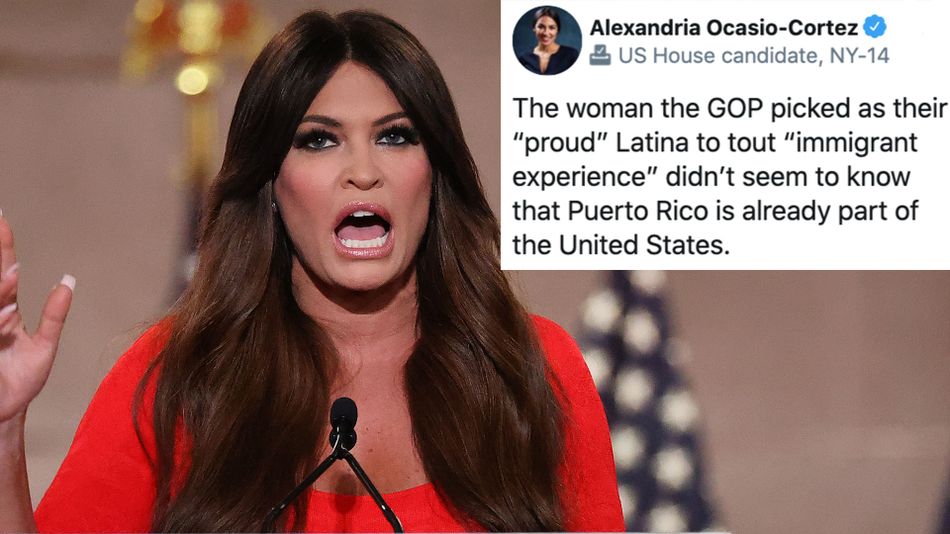 The indisputable fact has come up as a result of a speech Kimberly Guilfoyle delivered at the Republican National Convention on Monday night. The former Fox News host and current girlfriend of Don Jr.’s gave a ridiculously loud pre-recorded speech, during which she claimed she is a first-generation American. But then, she went on to explain that her mother is from Puerto Rico.

“It’s quite on message, bc it reflects their belief that Latinos aren’t real citizens, even when we are Native descendants,” AOC continued.

After Guilfoyle explained her family history on Monday night, Twitter users were also quick to fact-check her claims.

Yet another instance of the Trump administration not checking their facts (or being fine with outright lying when it suits them). There’s really no excuse for not knowing what states and territories make up the country you’re running!