Andrew Marr‘s interview with the shadow Chancellor of the Duchy of Lancaster was branded a “car crash” by members of the public. BBC viewers took to social media to thrash the performance of Labour Party‘s Rachel Reeves as she urged for the reform of lobbying rules in light of the David Cameron Greensill scandal. One social media user commented: “Rachel Reeves on Marr usual car-crash interview. Thinks if I can keep talking I won’t get another question I can’t answer very amusing.” 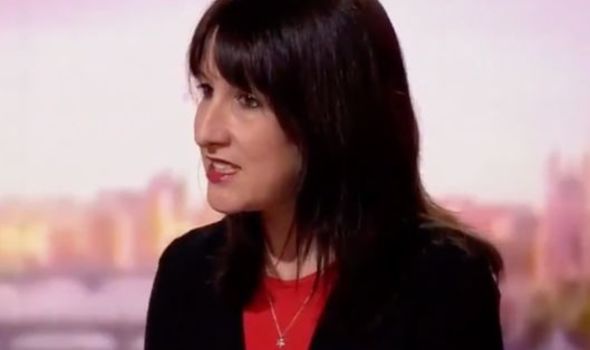 Another added: “Rachel Reeves tying herself up this morning on Marr. Tory Sleese is back. All stones should be turned over.

“Marr turned over a stone she was not prepared for. Carey Jones took s job with Liberty Steel who are connected to Greensill who the official body told him not to.”

One user accused Ms Reeves of “lecturing” whilst highlighting a paradox in her argument about lobbying rules for unions.

They wrote: “Rachel Reeves yet another Labour loser, half of the interview lecturing everyone on how Unions can do no wrong, they can lobby as much as they like.

“Ed Davey interviewed, he doesn’t lobby apparently but works for some private eco company as an advisor, wonder why they employ him!”

Another simply wrote: “Rachel Reeves didn’t help herself. No answers to questions. Just scripted lined….’let me be clear’ etc.”