As increasing numbers of UK universities wrestle with Covid-19 outbreaks, experts are warning that student halls are too full to be safe. But vice-chancellors have reacted angrily to government attempts to blame them for the crisis, saying ministers pushed them to take extra students at the last minute after the U-turn on A-level grades, with no regard for social distancing.

The reopening of universities has so far resulted in reports of coronavirus cases at more than 60 institutions, with entire halls locked down at Manchester Metropolitan and Glasgow universities and thousands of students self-isolating in their rooms.

A top US public health expert is now warning that unless new preventative measures are taken, the UK could see similar rates of Covid-19 transmission as in American universities where by 25 September, several weeks into the academic year, 1,300 universities and colleges had reported 130,000 cases of coronavirus.

Prof Gavin Yamey, director of the Centre for Policy Impact in Global Health at Duke University, who is leading research into the spread of Covid across higher education, says: “Reopening a university is like dumping a cruise ship in the middle of town and letting all the passengers off. It’s entirely unsurprising that you’re going to get outbreaks.” 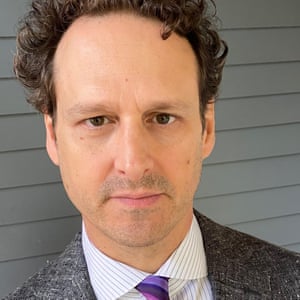 Experts are concerned that although UK universities have drastically scaled back face-to-face teaching so that campuses can run at around a third of their usual occupancy, many student halls are full.

Vice-chancellors reacted with fury this week to threats by the education secretary, Gavin Williamson, to dock their bonuses because of what he called the Covid “crisis” in universities. One, who asked not to be named, said: “The government looked to universities to sort out the post A-level mess. They pleaded with us to take students who met offers. They were not interested in capacity, social distancing on campus, pressures in halls or private dwellings. Suddenly they have forgotten all of that and now universities are the problem.”

A second vice-chancellor, who runs an elite research university, agreed: “We baled the government out after the A-level fiasco, and many of us have taken a voluntary pay cut because of the pandemic anyway. Infections are rising in the community, not just in universities.”

In a paper in the British Medical Journal last month, Yamey warned that transmission of the virus between asymptomatic students could occur “at lightning speed” in halls, or “dorms” as they are known in the US. He said that as well as quarantining students on arrival, high-frequency testing was essential, with students ideally needing to be tested two or three times a week.

Some UK universities, including Cambridge, Imperial College London, Cardiff and Exeter, have their own testing facilities, and Cambridge has said it intends to test all students in halls weekly. But many institutions are relying on public testing centres and say students and staff are struggling to get slots for a test.

The independent Sage group of science advisers said this week that modelling showed the virus was transmitted in universities within residential halls, as well as through in-person teaching. It called for students to be able to choose whether to live at home or on campus, and for all teaching to be available online.

Levi Pay, a former director of student services who now advises universities on the student experience, says: “It didn’t make sense even before this spike in infections to bring so many students back into these large accommodation blocks, where there are no clearly defined boundaries between households. We should be under-using capacity in student accommodation by quite some margin, but that is definitely not happening. Because of the A-level fiasco some universities have more students than ever before.”

Pay says the strategy of separating students into “bubbles” or household groups and expecting them not to socialise with other students is “wishful thinking”. He points out that most student rooms are allocated randomly, and first years are unlikely to live with five people they really “click with” so it is inevitable they will go looking for friends. “Students need a certain level of social interaction. It’s not a want, it’s a need,” he says.

Fraser Amos, a final-year student in global sustainable development at Warwick University, is helping to rally support for a rent strike in the university’s halls, a movement that is growing across the country.

“Universities are putting rents and revenues above student lives,” he says. “Thousands of students have been pushed to move across the country and pay exorbitant rents for an experience that isn’t going to be safe. How can universities say to students: you’ve got to stay in your block or flat with six people we’ve assigned to you? There will be big mental health issues, because these places are designed as somewhere to sleep not to spend all your time.” 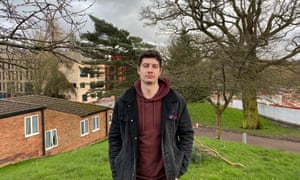 Dan (not his real name), a 19-year-old first-year business student at Sheffield University, has just returned home after a week in halls, where he was lonely and didn’t feel safe with all the parties going on. He doesn’t plan to go back. “I was living in a flat with five other students who were nice but very different from me. I am really introverted and they just wanted to go to parties and get drunk. I felt left out staying on my own in the flat. As there were no official parties, people took it into their own hands.”

A spokesperson for Sheffield University urged struggling students to talk to the university, saying: “We understand this is difficult – especially for those who are new to Sheffield and starting university for the first time – and are providing students with a range of welfare and practical support to make sure we are supporting their needs.” He added that Sheffield’s Residence Life team had organised a varied programme of more than 160 events to help new students make friends.

On 30 September, students at Coventry University halls were the latest to spark fury with what the institution called an “outrageous” illegal party, involving up to 200 students.

But Yamey is angry about what he calls the “blaming and shaming” of students on both sides of the Atlantic. He says it is unfair to think they will be content to live quietly on campus with only a few hours a week of in-person teaching and virtual quiz nights to occupy them. “Fun won’t kill you and it’s greatly needed at this stressful time. Universities should be getting creative and helping students to have fun safely rather than through furtive, unmasked, unsafe indoor parties,” he says.

Prof David Green, vice-chancellor of Worcester University, agrees that many students are “feeling blamed and abandoned and this isn’t fair”. Worcester, unlike many other institutions, had a physical freshers’ weekend, where students could book slots to visit different societies, drink coffee or beer in socially distanced deck chairs, and attend student union nights at a socially distanced local nightclub. “Welcome weekend was well over 15 days ago now and it’s crystal clear that there was no super-spreading,” he says.

Green accepts that universities face very real risks, but says shutting campuses down and moving most learning online is unsustainable. “This approach is based on the assumption that there will be a vaccine any day soon. We certainly can’t depend on this. We’ve got to work out how to live with the virus being endemic, while making a full contribution to cutting the rate of transmission,’ he says.

He points out that universities such as his are training the next generation of nurses, paramedics, teachers and scientists, who need a good education “which necessarily contains a strong in-person element”.

Prof Steve West, vice-chancellor of the University of West of England in Bristol, backs this up, saying that most of what his students do is “practice-based”, with learning applied in skills labs, studios and simulation suites.

And he thinks none of these problems will have disappeared by next term. “The dilemma is: do we lockdown as we did in March, or accept that we will be playing local lockdown and opening-up for the next year or longer?” he asks. “Are people to suspend their lives for that length of time or are they happy to accept some risk and work to mitigate it?”