Schools closed, exams cancelled, a halt to Ofsted inspections and performance tables. Even the weirdest misfit futurologist employed by the prime minister’s adviser, Dominic Cummings, couldn’t have envisaged that, 10 years on from the start of the coalition government, the UK would be locked down with a partially functioning school system.

Normal politics seems a distant memory. It could be 100 years, rather than 10, since Michael Gove, now a minister at the heart of the Covid-19 battle, was trumpeting traditional academic education, rushing legislation through parliament to fast-track academy conversions, and evangelising for a new generation of free schools with hotly contested claims that they would help to close the attainment gap.

But, as schools grapple with assessing exam grades, virtual education and providing care for the children of key workers, questions are surfacing about what the pandemic has revealed about the last decade’s reforms – and what may need to change.

The government’s new warmth towards teachers contrasts sharply with Gove’s often abrasive tone towards the profession. During his reign as education secretary, swathes of the education establishment were dismissed as the “enemies of promise”.

Now some headteachers are looking for a more radical acknowledgment of what Covid-19 might mean. Stephen Tierney, chair of the Headteachers’ Roundtable (HTRT), a grassroots organisation set up in 2012 out of frustration with coalition policy, says now should be a “world war 2” moment.

Tierney, who recently retired from a Blackpool school, believes the narrow “Govean” image of schools as vehicles for the transmission of knowledge – the former education secretary once described broader aims such as wellbeing and community cohesion as “peripherals” – has taken a knock.

“The overwhelming image now is of schools relating in a very different way to their communities,” he says. “What does this moment tell us about what sort of society we want to build, and how schools fit into that?” 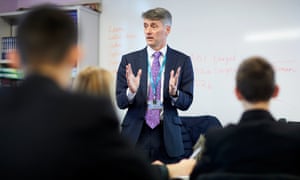 The HTRT first met at a time when education policy was dominated by the introduction of the English baccalaureate, designed to encourage exam entry into the most academic subjects, and GCSE changes that, in effect, limited the number of pupils awarded each grade.

John Tomsett, headteacher of Huntington school in York, believes that idea may need to be challenged: “We have an examination system which means around 30% of students cannot gain a good set of GCSE grades. The Ebacc agenda has been intensified with Ofsted’s new framework. Yet it will be hard to marginalise and belittle qualifications in subjects like health and social care again. Can you imagine a government today cheering a vote in the House of Parliament that denies nurses a pay rise?

“By the same token, BTecs in engineering and public services will be essential, won’t they?”

Tomsett is one of few founding HTRT members still running a standalone maintained school. Rapid academisation was among the most controversial 2010 reforms, and most of the original HTRT group became academy chain leaders, defending the benefits of being in local collaborative arrangements.

But according to the Education Policy Institute thinktank, set up after the 2015 election to provide objective analysis of education policy, the impact of academisation was minimal. For all Gove’s talk of a relentless “moral crusade” to narrow the attainment gap between the best and worst-off children, research suggests that at the current rate, it would now take more than 500 years to close.

David Whitaker, director of learning for the Wellspring Academy Trust, which specialises in special needs and alternative provision education, isn’t surprised: “Austerity has hit our families hard. Cuts to social care, housing, and mental health provision mean more children are exposed to trauma and are cognitively impaired at a young age,” he says.

The government has already tacitly acknowledged that Covid-19 school closures risk exacerbating attainment gaps, and has promised to provide laptops and boost broadband capacity for some families. But the economic shocks of the pandemic may deepen inequalities for years to come. 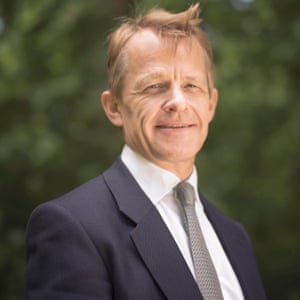 David Laws, a former Liberal Democrat MP, now chair of the Education Policy Institute, was a schools minister in the coalition government at the time it introduced a pupil premium to try to boost attainment for the most disadvantaged pupils.

He now admits the impact of austerity almost certainly pulled in the opposite direction. “When poverty and the out-of-school environment are deteriorating, it becomes much more difficult to improve outcomes for poor children,” he says.

“The choice is not between tackling poverty or improving schools – both are necessary if the gap is to be shrunk.” For one thing, he says, “we need to think more about how to attract the best teachers and leaders to the most challenging schools – higher per pupil funding, by itself, may not be enough.

“Obviously, the current school closures are very worrying, and it would be surprising if the gap didn’t rise over the year ahead.”

Laws acknowledges that schools with high disadvantage often find it harder to find teachers and may be more harshly graded by the inspectorate, Ofsted, making it more difficult to attract the best teachers and heads.

The HTRT, which recently launched a Pause Ofsted campaign, believes the Covid-19-related halt to inspections and league tables should force a fresh look at how the accountability system affects the most challenging schools – and headteacher morale. 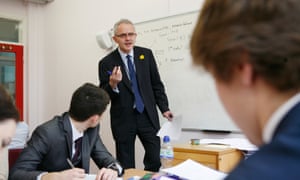 Ros McMullen, another founding member of the HTRT, retired early from her job as an executive head in the Midlands, partly because heads were being treated as the “whipping boys for all the failings of social policy”, she says.

“Headship can be very lonely, and people are frightened of being sacked or exposed. Michael Gove’s mantra was about giving heads control, but the truth is that I had less autonomy as an academy head than I did in a local authority.

“This moment may provide an opportunity to think again about how to create a structure in which the challenges of a school’s context are recognised and heads can get their autonomy back.”

Geoff Barton, who was in on the HTRT at the start, went on to become general secretary of the Association of School and College Leaders. He has called for a “rebirth” of the school system. “My hope is that we will come out of this more strongly demonstrating that it’s the human stuff that matters in education – the relationships, the socialisation of young people, the sense of an older generation preparing the next generation to take their place.”

Another original HTRT member, Jon Chaloner, now chief executive GLF Schools, a 40-school trust, agrees: “The ideal, for me, would be an ‘education policy of unity’ supported by all the political parties so that, for the next 20 years, we are all committed to the agreed course of action”.

Less focus on results and inspections, more value placed on a school’s role in the community, revaluing vocational qualifications and a unity approach to education would certainly be a different recipe from the past 10 years. But the Covid-19 crisis has forced government and citizens to act in ways that would have been unimaginable only two months ago.

“There is a newfound respect for people who keep society running that requires us to think again about the true worth of key workers,” says Tomsett. “School staff are currently providing them with childcare so that they can save lives. It is our contribution to a national emergency.

“I think that there will be a change of tone. The new world will put staff first, rather than see them as just another dispensable resource. There might be a decade ahead of us which sees teachers become better trained, be better treated and better respected than we have ever seen. I certainly hope so.”