My mother Marion Jordan’s favourite occupation was “student”. Marion, who has died aged 91, was one of the first postwar tranche of women to go to university – to Manchester University, where, after her English degree, she went on to study for an MA and a PhD in Russian. Later she gained an MLitt in film studies from Warwick University, and later still, in her 80s, she got an A-level in Italian.

She taught English at Madeley College in Staffordshire (1967-77) and film studies at Warwick University (1977-85), and wrote Carry On … Follow That Stereotype, an essay for British Cinema History (1983).

Marion was born in rural Blackmoorfoot, outside Huddersfield, West Yorkshire, the 13th child of Ben and Emma Armitage, who lived in a tied farm cottage. She attended a “five to 14” elementary school before going to Honley grammar school at the age of 10. 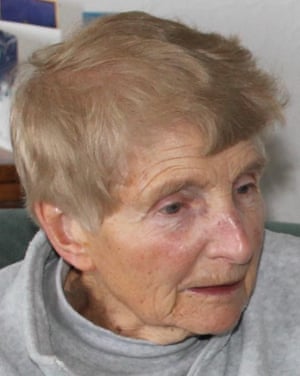 At Manchester University, she met Dominic Jordan and they married in 1953. Keele University, where Dominic became head of the mathematics department, was to be home for many years and it was the perfect setting for Marion to engage her fierce competitive spirit on the squash and tennis courts, representing Staffordshire in both sports.

She listened to the music of Kathleen Ferrier, remarking it was “the first time I understood that one might listen to music rather than simply hear it”, and that of Benjamin Britten, to celebrate her love of ballads, English language and Englishness, and learned to play John Dowland’s Lachrimae Pavane on the guitar.

Marion was a passionate bridge player. She was fond of travelling far and wide to play in weekend tournaments with many successes, and regularly played for her county. On occasion she would play seven days a week, winning competitions at her beloved Newcastle-Under-Lyme bridge club that included the ladies pairs title when she was 91.

She last played tennis in her 87th year and won the ladies singles at Alsager Tennis Club when she was 65 – but told everyone there that she was only 60. She had her own bylaws – she had to play with her preferred partner, and always served from the “good” end. Nobody dissented.

Marion is survived by two sons, Matthew and me, and two granddaughters, Anna and Martha.