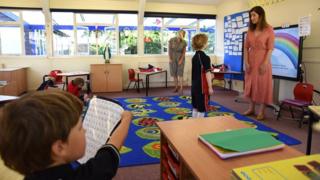 Head teachers’ leaders have reacted angrily to a government attempt to downplay the need for social distancing in schools, ahead of full reopening.

A Department for Education blog says primary pupils in England do not need to keep 2m apart, and that: “this has been the case throughout”.

But a DfE spokesman said the department was “absolutely standing by it”.

The blog says: “Primary pupils do not and have not needed to be kept apart in the classroom and we are encouraging primary heads to use the capacity they have, and the flexibility we have given them, to bring more groups of children back into school if they can work within the protective measures.”

But when primary schools reopened to more pupils from Reception and Years 1 and Year 6 at the beginning of June, most heads believed they were expected, if possible, to keep children 2m apart from each other, even within small “bubbles” of up to 15 children.

They went to great efforts to reorganise classrooms and timetables and to rewrite school policies.

Any full reopening of schools planned for September is likely to involve a relaxation of the 2m rule.

But the blog suggests the 2m rule was never set in stone for primary age children, and has drawn ire from head teachers’ leaders.

“It’s a bit rich that the government is now downplaying social distancing when it is mentioned on a number of occasions in their own guidance,” said Geoff Barton, General Secretary of the Association of School and College Leaders.

“In summary, that guidance recognises that early years and primary school children cannot be expected to remain 2m apart, but if settings can do so, they should do so, and that secondary schools and colleges should do so where possible.”

Paul Whiteman, General Secretary of the National Association of Head Teachers said the union and many of its members were “unimpressed”.

“Given the lack of clarity and the conflicting messages contained within the protective measures guidance, it is disingenuous to suggest that the position has ever been as definitive as is now being claimed,” he said.

A Department for Education spokesman said there was no contradiction in the blog, and claimed that much of the adverse reaction had come from heads who had misinterpreted the guidance and “put in measures they never needed to put in”.

“Our guidance has always acknowledge that early years and primary age children cannot be expected to remain 2m apart from each other and staff.

“Instead schools were asked to implement a hierarchy of controls to reduce the risk of transmission.

“If schools could keep children 2m apart, they were asked to do so, but this was not required if the wider range of measures were in place.” 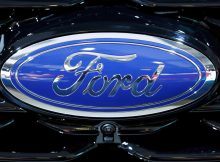