Dr Li Wenliang was an astute observer. Back in December, the Chinese opthamologist noticed that there were a series of patients who had upper respiratory infections in Wuhan that seemed similar to prior Sars outbreaks. He alerted colleagues on WeChat but was quickly criminalized by the state for spreading “false rumours”. It wasn’t until after the young doctor’s death from Covid-19, the same disease he had identified, that the Chinese authorities cleared him of wrongdoing.

Just a few weeks later, and a few thousand miles away, American doctors are experiencing a similar silencing. Physicians and nurses have lost their jobs during the surging pandemic for alerting media about shortages of masks and hospital equipment. At the highest level, the Trump administration has resisted the advice of Dr Anthony Fauci, director of the National Institute of Allergy and Infectious Disease and a physician, when he called for a more urgent and intense federal response.

The whistleblower doctor who fell victim to China’s coronavirus

Central to the art of doctoring is observation. Physicians see disease and destitution in clinics and hospitals. They interview and listen, and trace illness back to family histories and living situations and environment. They advise politicians and government agencies with data and science. For many centuries, this has led doctors to speak out against the powers that be – demanding that they treat at the source. But in many countries, this has also led to backlash, even death.

Rudolf Virchow was a German physician in the 19th century, known for linking cancer to the cell. He was also a writer, a scientist and a politician, applying his faculties in microscopy to the city infrastructure in Berlin to curb the spread of disease through sewage and water. Virchow is credited with creating Germany’s first public health programs.

Virchow got in trouble regularly – he was expelled from Charite hospital for joining the 1848 revolution, and was ostracized by his colleagues. But the doctor truly found himself in the line of fire when he criticized the government’s investment in the military instead of education and alleviating poverty.

As one story goes, the Prussian chancellor Otto von Bismarck was so furious that he challenged Virchow to a duel. Bismarck found Virchow at work in his lab, where he had recently identified the roundworm Trichinella spiralis, which can contaminate meat. “I suppose I have the choice of weapons,” the doctor apparently said, and held up two large sausages. He told the Bismarck that one was filled with the roundworm he was studying, the other was completely safe to eat, and asked him to choose one. The duel ended there.

Virchow’s fate, however, is in some ways a lucky one. Other physicians who have spoken out on behalf of their patients, or the poor, have suffered blackmail, violence and persecution.

The British physician Judith Mackay, for instance, started speaking out against tobacco companies in the 1960s when she studied the stark impact of smoking on health in Hong Kong. But when she started pushing the government to adopt stricter regulations, she was immediately threatened. Mackay was called “psychotic human garbage”, a “power-lusting piece of meat” and “a key individual [whose] presence is a danger signal” by multinational companies that launched campaigns to discredit her research.

In more recent years, Binayak Sen, an Indian pediatrician, highlighted the struggles and inequities in healthcare faced by the most marginalized in Indian society: the country’s adivasis, or indigenous people, some of whom identified with a Maoist movement. For three decades, Sen lived in the central Indian state of Chhattisgarh, where he trained health workers to provide where government healthcare failed. He systematically documented the senseless deaths from malnutrition, lack of access to adequate healthcare and lack of political agency.

But the central government started noticing Sen’s activism when he became involved in the People’s Union for Civil Liberties, a human rights organization that investigated abuses against indigenous people. In 2007, the Indian government charged him with sedition, a law originally created by British colonial government to control the local population. He was sentenced to life in prison on charges of supporting a Maoist insurgency.

Sen was jailed for several years and spent a considerable amount of that time in solitary confinement. He was released without comment from the supreme court of India in 2011. But 13 years later, his appeal is still pending in front of the Chhattisgarh high court. 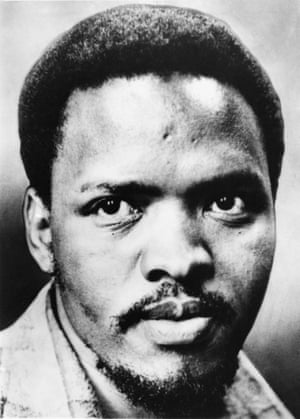 While some physicians are criminalized for speaking from the margins of society, others are involved in larger revolutionary movements. Such was the case for Steve Biko, a South African medical student who began a social movement to fight apartheid in the 1970s. At the time, healthcare systems for black and white individuals in South Africa were separate and unequal. Black doctors were largely not allowed to take care of white patients, or even examine their bodies when they died.

As Biko was highlighting systemic inequities through his black consciousness movement, he was subject to a “banning order” from the government, which censured his speech and movement. In 1977, he was detained by police under the pretext of a terrorism act, and beaten to the point of brain hemorrage. The prison physician ignored recommendations by a consulting neurologist and neurosurgeon, and Biko died at the hands of the state, alone in a jail cell.

That year, a group of doctors filed a claim, demanding that the Medical Association of South Africa take action against the prison doctors, but it was left idle in the court.

Eight years later, Dr Wendy Orr, a medical doctor for the government, started to take notice of these cases. Orr said later that she was the only physician “to reveal evidence of police torture and abuse of political detainees in South Africa”. After seeing countless patients showing signs of being tortured by police forces, she alerted her superiors, only to be informed that her job was solely to tend to the wounds and physical complaints that the prisoners had.

In the mid 1980s, Orr took her claim to the South African Supreme Court. The court heard both Orr’s case, as well as the one brought on by the doctors hoping to seek justice in Steven Biko’s death. But the Medical Association of South Africa turned their head yet again, refusing to punish those responsible for these prison deaths.

Orr became the commissioner for the Truth and Reconciliation Commission of South Africa, where these abuses were recounted in detail for the first time. She recalled later that the stories of witnesses such as Mr Nalgas, a subject of the torture, brought Archbishop Desmond Tutu to tears. “For me this sums up the damage done to all of us by apartheid: it treated black people as something less than human, and it dehumanized white people because they came to believe that,” she wrote.

As the world grapples with the Covid-19 pandemic, the censorship and silencing of whistleblowing physicians persists. One the one hand, health workers are held on a pedestal – with citizens lining their windows and balconies to applaud them every evening in cities like London and New York. But when they push their institutions or governments too far – whether calling for public health measures like physical distancing, or funding for something as simple as a mask, doctors risk not only their lives on the frontlines, but also their jobs and basic rights.

As Virchow, the German pathologist, astutely noted: “Medicine is a social science, and politics is nothing else but medicine on a large scale.”