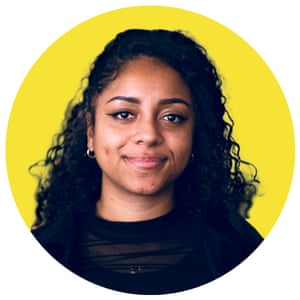 Turning your hobby into a job isn’t always an active hustle. Sometimes, you just turn around one day and realise that that’s what you’re doing. This was what the journey towards becoming a professional journalist was like for me.

I started writing towards the end of sixth form, when I was really getting into my English A-level and wanted to start creating as well as critiquing. Back then, I was mostly dabbling in (bad) poetry. With this little bit of experience, I landed a volunteer role at an arts and literature journal on my year out, which is when I first fell in love with editing. I loved how creative, interactive and feedback-based the job was – as well as the fact that the work was remote, so it fitted flexibly around the travelling I was doing that year.

When I got to university, I became curious about journalism and opinion-writing. This was during the big personal essay boom that swept the blogosphere in the mid-2010s, and there were quite a few fledgling new-media platforms being started up by people of a similar age to me. Many of these had a slant towards underrepresented issues such as race and feminism, and I gravitated towards online zines like Rookie (founded by teenager Tavi Gevinson), Black Ballad (aimed at black British women), and gal-dem (platforming the perspectives of women and non-binary people of colour).

I didn’t have much academic or professional expertise, but I had my own lived experiences – so I started pitching opinion pieces about my experience as a woman of colour. I found that getting your first piece published was the biggest hurdle; after that, editors know that they can trust you, and understand what you can do – and the offers started rolling in. With a proper portfolio under my belt, in the summer of my second year at uni, I landed a work experience placement at the Guardian.

In my final year of university, I was becoming invested in the issue of mental health, and decided to start up my own magazine called Blueprint, which explored student mental health in Cambridge. This gave me invaluable experience of acting as editor-in-chief of a magazine – and I loved seeing how it genuinely started important conversations about mental health on campus. I was also doing some student activism around race issues at university, and started writing about that too.

By the time I graduated, I had two key areas of real journalistic expertise – race and mental health. This led me to an editing role at gal-dem, and saw me start writing for the Guardian regularly about the topics I’d become well versed in. It was at this point in the game when I realised I’d done it – I was a freelance journalist who was being paid for their work, writing nationally on issues I was passionate about. As I left university, I had a solid CV which led me to a job at HuffPost, and a paid position at gal-dem, when it got set up as a real business.

Recounting my progress, it looks like a long journey, but I genuinely enjoyed every step of the way. If I had a few pieces of advice for this point in your life – I would say grab hold of every opportunity that comes your way, do what you are passionate about, and fake it till you make it.