More than 1500 people have been tested for Covid-19 in Northland, with no evidence so far of a positive result in the community, Ministry of Health figures show.

There are two new cases of Covid-19 in managed isolation reported today.

The latest cases came in MIQ from Japan and Portugal, arriving on January 24.They were both detected in routine testing soon after landing, the Ministry of Health said in a statement.

There are no new cases in the community today.

Today’s figures follow revelations that a Northland woman, 56, who recently returned from Europe tested positive for the infection days after leaving managed isolation.

The Ministry of Health said 16people had now been identified as potential close contacts of the infected woman. Of those, 15 people had returned negative tests, including a household contact of the case.

An additional close contact was still awaiting their test result.

At this point 154 people had been identified as “casual plus” contacts of the Northland woman, as a result of either the push notification or after speaking with Healthline following media publicity. These people were being tested and isolating until they receive their result, said the ministry.

A total of 187 people received a push notification as a result of having scanned into one of 31 locations of interest visited by the infected woman. A further location was added yesterday and was on the ministry’s website.

The ministry said more than 1500 people were tested at community testing centres yesterday around the Northland region.

“The high demand at our Covid-19 testing sites may mean delays, and our request is to please be patient,” said the ministry.

Extra staff from Counties Manukau and a number of volunteers had been drafted in to work at sites around the Northland region to support the testing centres.

Frontline staff were working hard to ensure everyone who needs to be tested gets a test as soon as possible, said the ministry.

“There is capacity to test everyone, who needs a test – but we need your help to get testing running quickly and easily.”

The Northland District Health Board said the rate of testing per 1000 people was greater for Māori than any other ethnicity in the region.

The ministry also clarified the criteria for testing which included:

• If you were at the locations of interest at the times stated, you need to get a test, and remain isolated until you receive the result.

• If you have symptoms but have not been to a location of interest stay home and call Healthline for advice.

Officials also repeated a request that if people were not at a location of interest at the stated times and have no symptoms there was no need to be tested.

Meanwhile 157 staff from the Pullman Hotel in Auckland had been tested, along with 192 guests currently in the managed isolation facility. Of those, 30 still have test results to come, and all others have returned negative results.

The 56-year-old returnee contracted the South African Covid variant B.1.351 from another infected person while isolating at the Pullman hotel in downtown Auckland.

After she left the hotel, she returned to her home in Northland, travelling and shopping in communities around the region while infectious.

Contact tracing staff were following up with 357 people who left the managed isolation facility betweenJanuary 9 and 24, the ministry said.

Of that number, 325 people had been contacted, were in isolation and had been or were being tested. The remaining former guests were being followed up today.

The ministry said the investigation into how the Northland case was infected continued today at the managed isolation facility.

This includes reviewing CCTV footage at the facility and looking at whether the infection may have occurred from person-to-person or surface transmission, or airborne transmission, including possibly the ventilation system.

“We’d like to take this opportunity to again thank the tireless efforts of all staff working in managed isolation and quarantine facilities around New Zealand,” the ministry said.

“Your frontline efforts to help break the chain of transmission of Covid-19 and keep New Zealanders safe and healthy are truly appreciated.”

The ministry said it was continuing to monitor advice from the World Health Organisation on the B.1.351 variant which had been contracted by the Northland woman.

“What we know so far is that it may be more transmissible. There are no indications to date for any differences in disease severity or incubation times and some evidence it might evades some of the antibodies in the bodies immune response,” said the ministry.

New forms, or variants, of the virus had become increasingly common around the worldand the ministry expected to see them appear in New Zealand.

Since last December this has been the case in managed isolation and quarantine facilities across the country.

The official Covid Tracer app now has 2,496,000 registered users.The ministry said more than 20,000 people registered with the app between 1pm yesterday and 10am today.

“Understandably, there has been an increase in registered users, Bluetooth users and scans since Sunday and we’d like to take the opportunity to thank New Zealanders who’re helping break the chain of transmission,” said the ministry.

“Please remember to keep up the momentum and scan, scan, scan.”

Since news first broke, testing stations across the northern holiday region have been swamped.

Some concerned locals have spent up to 10 hours waiting in long, hot queues, for a test after the Ministry of Health revealed more than 30 locations of interest from Whangarei to Helensville visited over a nine-day spell while the woman was infectious.

Covid-19 Response Minister Chris Hipkins revealed the woman and her only close household contact, her husband, were isolating at their home south of Whangārei.

Hipkins revealed two of four close contacts, her husband and a hairdresser, had not contracted the infection.

“Pretty encouraging news to start the day,” he tweeted.

Despite the welcome news the region remains on a knife edge with thousands of concerned people lining up at testing stations for a second day running.

Health authorities have moved to set up additional testing stations across the region and shifted some to bigger venues to accommodate the hundreds of vehicles clogging roads.

Meanwhile, contentious Covid checkpoints will be set up on Northland roads by a group behind last year’s road blocks.

Rueben Taipari, Tai Tokerau Border Control regional co-ordinator, said the location and timing of checkpoints had yet to be confirmed.

The group had to act because the Government was not doing enough to protect the vulnerable, he said.

Yesterday the ministry also reported there were six new cases of Covid-19 in managed isolation.

Five had arrived from Qatar, India and Laos on January 23 and detected as they entered the country.

Another person who arrived from Australia on January 13 tested positive on day 11 routine testing.

There are now 64 people infected with Covid, bringing our total cases to 1,932 since the outbreak started. 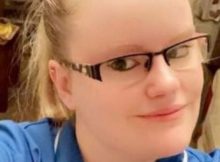