The pandemic-induced jobs crisis has fallen disproportionately on generation Covid-19, and the effects may be long lasting.

Elise Prevost in her Paris neighborhood, Montmartre, which is normally full of tourists.Credit…Sabine Mirlesse for The New York Times 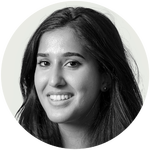 By Liz Alderman and Geneva Abdul

Like millions of young people across Europe, Rebecca Lee, 25, has suddenly found herself shut out of the labor market as the economic toll of the pandemic intensifies.

Her job as a personal assistant at a London architecture firm, where she had worked for two years, was eliminated in September, leaving her looking for work of any kind.

Ms. Lee, who has a degree in illustration from the University of Westminster, sent out nearly 100 job applications. After scores of rejections, and even being wait-listed for a food delivery gig at Deliveroo, she finally landed a two-month contract at a family-aid charity that pays 10 pounds (about $13) an hour.

“At the moment I will take anything I can get,” Ms. Lee said. “It’s been desperate.”

The coronavirus pandemic is rapidly fueling a new youth unemployment crisis in Europe. Young people are being disproportionately hit, economically and socially, by lockdown restrictions, forcing many to make painful adjustments and leaving policymakers grasping for solutions.

Years of job growth has eroded in a matter of months, leaving more than twice as many young people than other adults out of work. The jobless rate for people 25 and under jumped from 14.7 percent in January to 17.6 percent in August, its highest level since 2017.

Europe is not the only place where younger workers face a jobs crunch. Young Americans are especially vulnerable to the downturn. In China, young adults are struggling for jobs in the post-outbreak era. But in Europe, the pandemic’s economic impact puts an entire generation at risk, according to the Organization for Economic Cooperation and Development.

Young people are overrepresented in sectors where jobs are disappearing, including travel, retail and hospitality. Graduates are facing unprecedented competition for even entry-level positions from a tsunami of newly laid-off workers.

The scarring effects may linger. “If you’re unemployed earlier on in your career, you’re more likely to experience joblessness in the future,” said Neal Kilbane, a senior economist at Oxford Economics.

The European Union is trying to cushion the blow by encouraging businesses to recruit young people. But such programs may have little impact as Europe confronts its worst recession since World War II.

Europeans coming of age in the pandemic are lowering their expectations of the jobs and careers they can get. Many are resorting to internships, living with parents or returning to school to ride out the storm. Young workers without higher education risk sliding even further. 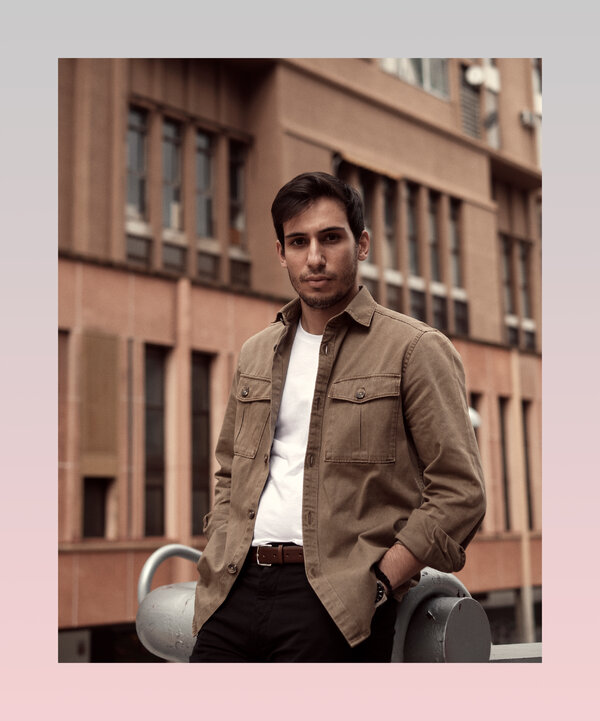 Alvaro Sierra knew something was amiss when he was asked to certify during a March job interview that he wasn’t living with someone who had Covid-19. At PVH, the Amsterdam clothing retailer where he had hoped to land a coveted marketing position, there were no handshakes.

He realized an economic crisis linked to the pandemic was imminent.

Mr. Sierra, 25, had worked diligently since graduating from a top Spanish university in 2018 to lay the groundwork for a dream career in the retail or cosmetics industry.

Armed with an economics degree, he crunched financial data at a Madrid bank consultancy, then worked in a paid internship at the cosmetics giant L’Oréal, helping to manage and analyze brand budgets and campaigns.

In February, he moved to Amsterdam and landed interviews with PVH, Adidas and other big retailers. His excitement grew when PVH invited him for a second interview in March.

When the coronavirus hit, the position was pulled back.

“I had all these interviews with great companies,” Mr. Sierra said. “But then the rhythm stopped.” His days were soon consumed with trawling LinkedIn for job openings, which dwindled rapidly. Instead of entry-level posts, more internships were listed.

Mr. Sierra returned to Madrid in July to live with his parents and took another internship, this time with 3INA, a vegan cosmetics brand, where he assists with the company’s marketing program and is paid less than 600 euros (about $700) a month.

He enrolled in an online master’s degree course in digital marketing, in hopes of increasing his chances at employment should the market recover.

“I have experience, and it’s a struggle to find work,” Mr. Sierra said. “I can’t imagine what it’s like for other young people.”

Despite a government furlough program designed to limit unemployment, hundreds of thousands of workers were laid off in Britain just as Alicia Davis entered the job market.

Ms. Davis, who had earned a master’s degree in psychology, was soon competing with a rapidly expanding pool of unemployed candidates with work experience she didn’t have. Many were angling to secure any kind of job — including entry-level positions that are traditionally the steppingstone to careers for new graduates.

“I started to think, ‘Oh, God, it will be more difficult than I initially thought,’” said Ms. Davis, 22, who has moved back into her parents’ home northwest of London.

When she applied for a human resources position at a London company, she learned that 800 others were seeking the same job, many with senior management experience.

The work leaves her with less time to push out job applications, and she wonders when she will get an opportunity to start a career in occupational psychology.

“I know at some point I will get a job, hopefully related to what I want to do,” Ms. Davis said. “But I feel like I’m a year behind where I should be.”

At 15, Mario Palumbo, who grew up in public housing near Naples, dropped out of high school to support his mother and sister after his father died, taking temporary low-paid jobs as a mover and a house painter and at construction sites.

But in recent years, Mr. Palumbo, 33, who is passionate about food, was proud to have forged something of a steady career as a cook. Having worked his way from coffee carrier to waiter, and then to assistant chef at trattorias around Naples, he was hired in September last year on a temporary contract as a chef running a station at a trendy restaurant.

When the pandemic hit Italy in February, his contract wasn’t renewed. Jobs were so scarce that the Italian Mafia fanned out around his neighborhood, trying to recruit gofers from scores of unemployed young people. Unemployment rates across Italy rose to 9.7 percent in August.

Unable to find work, Mr. Palumbo started relying on his mother’s €300 basic income check. He eventually found an off-the-books job in May at a restaurant in Calabria, 300 kilometers from home. But when the coronavirus resurfaced in August, the position was cut. This week, as infection cases spiked, restaurants throughout Italy were ordered to shut at 6 p.m., dealing a further blow to jobs.

Mr. Palumbo said his sole hope had been to move to Italy’s more prosperous north. But his finances are so thin that he can’t afford the train ticket or rent there. So he is staying put.

“I have energy, and I know how to roll up my sleeves at any sort of job,” Mr. Palumbo said. “But everything is stuck, and my hands are tied.”

Elise Prevost took a gamble when she decided to pursue a master’s degree in human rights two years ago.

Friends in her undergraduate class of 2018 had found jobs quickly in an economy that was finally on an upswing after Europe’s financial crisis. But in the competitive world of humanitarian work, earning an advanced degree seemed like the best way in — even if it meant thousands of euros in student loan debt.

The bet didn’t pay off.

“I went to grad school to further my career, and now I’m graduating in the middle of a pandemic,” said Ms. Prevost, who received her master's degree at the Paris Institute of Political Studies in June.

When an internship at a Paris law firm surfaced, she grabbed it. The victims’ rights cases there are the type she wants to handle, and her workload of 75 hours a week is about that of a full-time lawyer. Yet the pay, €600 a month, hardly makes a dent in her debts.

Ms. Prevost faces an additional financial burden after moving from her grandparents’ home into a small apartment during France’s national quarantine, so as not to endanger their health.

To earn extra cash, she babysits occasionally and would tend bar at night if she could. But her current workload leaves her exhausted with little time to spare.

“I’m super stressed. I need to find a job immediately to be able to pay my rent and my loans,” she said. “But I absolutely don’t have any free time — even to apply for jobs.”

Christina Penteridou feels that she has no future in Greece.

Ms. Penteridou, 21, graduated in July with a filmmaking degree from the University of Westminster in London, and was directing her first independent film, a fantasy-thriller, when the coronavirus hit. She returned to her hometown, Thessaloniki, Greece’s second-largest city, in March and began looking for entry-level production jobs.

But the search is so grueling that she is searching for ways to leave her country again.

“Greece can’t offer me a future,” said Ms. Penteridou, who was proud to have established an independent life in London during the last three years. Now, she is unemployed and living again with her parents.

Greece had just started to recover from a decade-long financial crisis when the pandemic delivered a fresh blow. Some of the nearly half a million young Greeks who left to find jobs were returning as an improving economy created new opportunities — including in long underfunded areas like the arts.

But jobs in those sectors were among the first to dry up in the latest crisis.

By the time Ms. Penteridou began looking in Greece, many productions had stopped. Those that resumed cut the numbers of people on set.

“They don’t have money to spare for someone in an entry-level position, especially at a time like this,” Ms. Penteridou said.

She recently did a photo shoot for a clothing brand to earn income, and will soon teach film seminars to young people. But the pay is so thin that she is looking for work as a waitress while she remains in Greece.

When Tariro Madzingira’s marketing job wound down during the pandemic, she knew that landing new work would be a struggle. Many of her peers seemed bewildered about how to navigate an increasingly volatile labor market.

Instead of panicking, Ms. Madzingira, 24, took matters into her own hands.

She returned from London to her parents’ home in Birmingham and enrolled in an eight-week career coaching course. She sharpened her interviewing skills, targeted career planning strategies and strengthened her confidence.

She is now coaching other graduates online for free, helping them hone their career searches and overcome the anxiety that comes with being a part of generation Covid-19.

“A lot of graduates that I’ve spoken to are doing so many applications and feeling really flustered,” Ms. Madzingira said. “I want to help them stop being panicked, and to understand that they do have some control.”

Ms. Madzingira, who is Black, knows what it means to overcome hurdles.

“It’s increased pressure when you know that in the workplace Black people are treated differently,” she said.

She has channeled the pressure into motivation. When a dream job at a creative marketing firm went to a more experienced candidate, Ms. Madzingira took an unpaid online internship at the company instead to get her foot in the door, in the hope of landing a permanent role.

But when she logs off from her internship, she pivots back to working with young people in similar straits.

“It makes me really happy because it’s purposeful work,” she said.