Xero continued to increase profit and revenue during a pandemic-hit first-half, breezing past analyst expectations – but subscriber growth slowed.

The cloud-accounting software company reported a net profit of $34.5m for the six months to September 30, against its breakeven ($1.2m profit) result for the first half of FY2020.

Ebitda increased to $120.8m from the year-ago $55.9m, or a third higher than analysts’ consensus forecast.

Fisher credited a marked slow-down in costs for the profit jump, noting that operating expenditure grew by just 5 per cent in the first half, vs the prior period’s 28 per cent.

“They’ve shown they can really pull the cost lever when they need to,” Dickie said. “As long-term investors, that’s something we love to see.”

Xero said its monthly revenue run-rate was 15 per cent ahead of last year and equated to FY2021 revenue of $877.6m.

Fisher noted that that cash and undrawn facilities meant Xero now had $731m on-tap, meaning it “only has to cut fat, not muscle” and providing potential for growth through M&A at a time when some assets are going cheap – meaning it was possible the company would emerge stronger from the pandemic than when it went in.

No guidance was given for the second half. Chief executive Steve Vamos said any attempt at a forecast would be speculative, given “the continued uncertainty created by Covid-19”.

Shares at all-time high ahead of report

It’s stock has been on a bull-run – breaking through the A$100 mark for the first time then going higher – since a mid-August update that revealed it was still adding subscribers, in all is major territories, despite pandemic lockdowns,if at a slower rate than 2019.

If the company had maintained its local listing, it would now be the second most valuable company on the NZX behind Fisher & Paykel Healthcare ($19.1b).

The company put off price increases as Covid hit (though was not open to calls from some customers for price cuts).

There was also a fintech deal that could see Xero lending money to its customers as a helping hand.

In August, Xero bought Australian invoice-financing Waddle in a deal worth up to A$80m.

Waddle lets a small business take a quick secured loan against its accounts receivables – helping to tide it over until an invoice is paid.

In a market filing, Xero indicated the move could be part of a broader push into financing.

“Post the acquisition of Waddle, Xero will continue to explore how to facilitate small business access to capital beyond invoice financing,” it said. 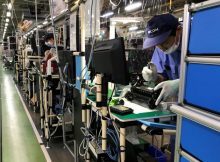 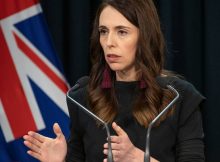