New York Public Radio, which owns WNYC, said Mr. Garfield had violated its anti-bullying policy. Mr. Garfield said he had yelled and that “the provocation was extraordinary and simply shocking.” 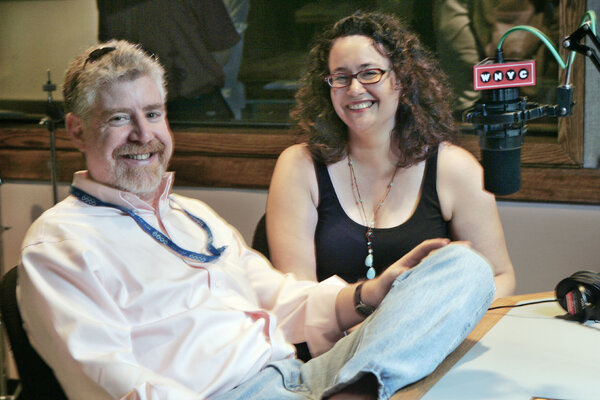 By Katie Robertson and Ben Smith

Bob Garfield, a longtime co-host of WNYC’s popular program “On the Media,” has been fired after two separate investigations found he had violated an anti-bullying policy, New York Public Radio, which owns WNYC, said on Monday.

Mr. Garfield’s employment was terminated “as a result of a pattern of behavior that violated N.Y.P.R.’s anti-bullying policy,” a spokeswoman said in a statement.

In an email on Monday, Mr. Garfield said he was not yet able to speak fully about the circumstances surrounding his firing but defended his behavior as yelling.

Nearly three years ago, an investigation into the workplace culture at New York Public Radio and WNYC was conducted after a series of misconduct accusations against on-air personalities. While it did not identify “systemic” harassment, the investigation, found that incidents of bullying and harassment were not reported to senior management out of fear of reprisals and a lack of faith in the system.

In December 2017, two longtime hosts, Leonard Lopate and Jonathan Schwartz, were fired after complaints of inappropriate behavior, and a former host of “The Takeaway,” John Hockenberry, was accused of sexual harassment. The handling of the allegations contributed to the downfall of Laura R. Walker, the longtime president and chief executive of New York Public Radio, who stepped down in March 2019.

Mr. Garfield co-hosted “On the Media” for 20 years. He also wrote a column for Advertising Age for 25 years until 2010 and hosts the Audible podcast “The Genius Dialogues.”

“I was fired not for ‘bullying’ per se but for yelling at two meetings,” he wrote in the email. “In both cases, as will be clear eventually, the provocation was extraordinary and simply shocking.”

He said last year’s investigation was in regard to yelling that “involved gross insubordination under production pressure.”

“In time, the full story will emerge … and it is really scary,” Mr. Garfield said. “This is tragic.”

“On the Media” examines how the news media operates and what impact the news has. It won a Peabody Award in 2004 and now airs to millions of listeners across 421 public radio stations.

WNYC’s chief content officer, Andrew Golis, told the staff in an email on Monday that the show would continue with Brooke Gladstone, Mr. Garfield’s co-host and the managing editor of the show, at the helm.

“I know this is significant news for our N.Y.P.R. community,” Mr. Golis said in the email, which was viewed by The New York Times. “Bob has been a part of the organization for two decades, and ‘On the Media’ is an invaluable companion to listeners around the country both on-air and online. It’s a show we’re proud to support, and a team we’re proud to have as colleagues.”