The huge haul for “Demon Slayer” showed how audiences can quickly return in countries where they feel safe to head to theaters. 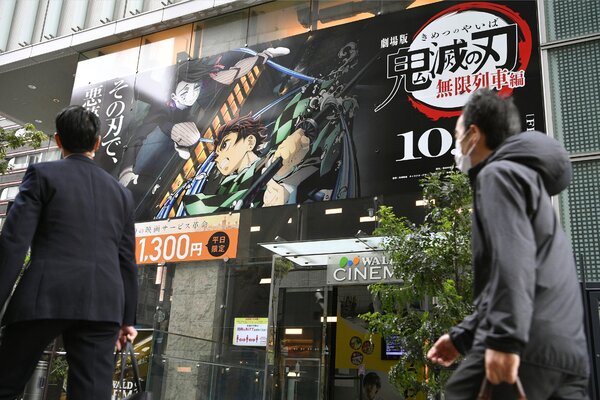 TOKYO — In the United States, movies are being shown to seas of empty seats, if theaters are opening at all. But in Japan, an animated film just had the biggest box office weekend in the country’s history — by far.

The movie, “Demon Slayer: Mugen Train,” based on a smash-hit Japanese comic book, had been hotly anticipated for months by both fans and an industry desperate to get moviegoers back in front of big screens amid the coronavirus pandemic.

The film outperformed all expectations, more than doubling the country’s record for the largest opening weekend, with over 3.4 million people shelling out nearly $44 million on tickets. In what may be a first for Japan, the movie had the biggest opening in the world last weekend — more than all other countries combined — despite having debuted only domestically.

There isn’t much competition right now, as one Hollywood studio after another has pushed back big-budget releases. The magnitude of the film’s success would have been an outlier even under normal circumstances, but it has special significance during the pandemic, showing how rapidly audiences may return once they feel safe spending hours sitting among strangers in crowded spaces.

Japan has kept coronavirus cases and deaths low, with a relatively light touch that relies on contact tracing and appeals to a national sense of social responsibility. While infections are soaring again in much of the West, the daily number of new cases in Japan has stayed below 800 since the end of August, and in Tokyo, daily life, at least on the surface, has mostly returned to normal.

For many who saw “Demon Slayer” over the weekend, it was their first time returning to the theater since April, when the government declared a brief national emergency over concerns about rising cases of the virus. For the country’s top politicians, the startling box office numbers were a barometer for Japan’s weathering of the pandemic and its efforts to restart the economy.

It was the rare cartoon that received an enthusiastic review from not one but two Japanese cabinet ministers. The top government spokesman, Katsunobu Kato, told reporters that the movie had made an “extremely large contribution to the film industry.” And on Twitter, Yasutoshi Nishimura, who heads the country’s economic revitalization efforts, called it “a spectacular achievement for the worlds of culture and entertainment as they struggle with the coronavirus.”

The story, set in early 20th-century Japan, follows a young man who joins a group of warriors committed to wiping out demons that killed his family and cursed his sister.

The comic book, or manga, on which the movie is based is part of a 22-volume series that has become a national phenomenon. In the four years since its launch, it has sold over 100 million copies, making it one of the most successful manga of all time.

The comics have been turned into a popular anime series that has found fans worldwide, and “Demon Slayer” characters decorate everything from rice balls to train livery in Japan.

“This particular title cuts across generations. Even people over 40, over 50, really like ‘Demon Slayer,’” said Roland Kelts, a visiting professor of media studies at Waseda University in Tokyo and the author of the book “Japanamerica.”

The series is “quite sentimental, but it’s well done,” he said, adding that it had “been very clever about building an audience and sustaining it” through online streaming services.

“Demon Slayer” has found plenty of space on Japan’s theater screens. The only major foreign production playing in Japanese cinemas last weekend was “Tenet,” the Christopher Nolan film about time-traveling spies, which opened in the country in mid-September. 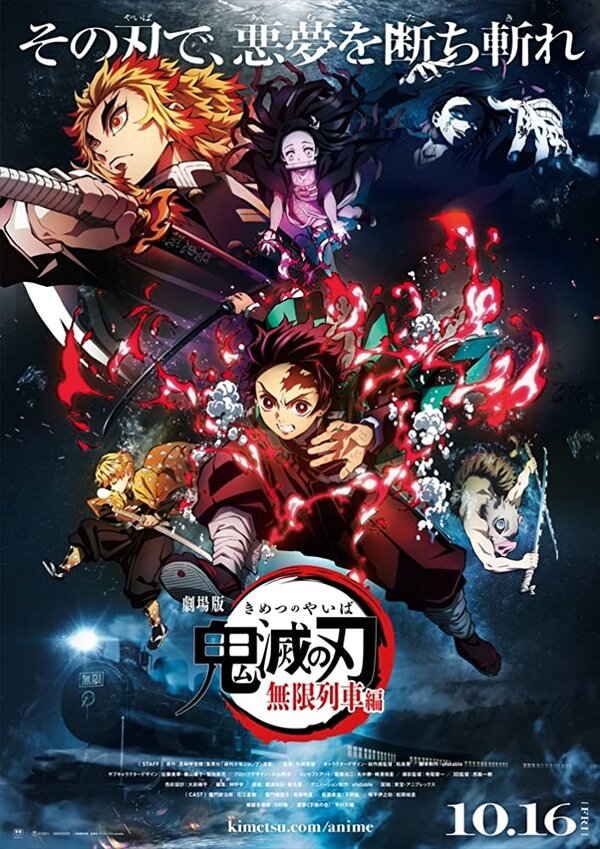 On Friday, the opening day for “Demon Slayer,” a theater in Tokyo’s Shinjuku neighborhood — just steps away from the world’s busiest train station — scheduled 42 showings, starting at 7 a.m. and running through the early hours of the next morning. On social media, commenters joked that the show times looked more like a bus schedule than a movie listing.

In mid-September, the authorities lifted restrictions that had required theaters to operate at 50 percent capacity. Now, the businesses can fill the house as long as they do not serve food. Many theaters, in anticipation of the “Demon Slayer” release, decided to forgo snack sales in hopes of maxing out ticket revenue.

At one theater, the Shinjuku Wald 9, people of all ages lined up on Tuesday to buy tickets for the movie. A thermal scanner in the lobby checked body temperatures, and signs posted around the building reminded people to disinfect their hands before entering their show and to wear a mask while watching it. Regular announcements over an intercom told customers that they could drink in their seat but not eat.

No major outbreaks of the coronavirus have been traced to Japan’s movie theaters, and industry groups have tried to ease minds with studies showing that the venues are well ventilated, theoretically reducing the risk of exposure to the pathogen.

Japan’s entertainment industry has been hit hard by the pandemic even as the country has taken a largely laissez-faire approach to controlling the virus, situating itself somewhere between Sweden, which has been largely hands-off, and China, which locked down entire cities. (Moviegoing has sharply rebounded in China as the virus has been largely eradicated.)

In Japan, there have been no mandatory lockdowns, no fines for going without a mask, and little testing. The most extreme measure was a nearly complete closure of the country’s borders to anyone other than its own citizens, a step that has only recently begun to be eased.

Public education campaigns have emphasized the importance of wearing a mask, frequent hand washing and avoiding what officials have called the “three C’s” — closed spaces, crowded places and close contact. Across the country, people have willingly complied.

In Tokyo, there are few signs of the pandemic, except for the ubiquitous masks and bottles of disinfectant placed near doors. Rush-hour trains are packed with commuters. Coffee shops are full of people tapping away on their laptops. And diners are lining up again to get into popular restaurants.

Among those venturing out for “Demon Slayer” was Xu Jie, a 20-year-old Chinese exchange student. Mr. Xu, who had come to the theater with a friend, said it was his first time back to the movies since the pandemic began.

For “Demon Slayer,” he said, he was “ready to take the risk.”

Satori Shigematsu, 22, said that she had started seeing movies again in September “once things had settled down.”

“As long as people take the proper precautions,” she said, “there’s not much to worry about.”