(Reuters) – Wall Street was set to open sharply lower on Wednesday, as dire predictions on the U.S. death toll and worsening economic damage from the coronavirus pandemic led investors to ditch equities for safe-haven assets. 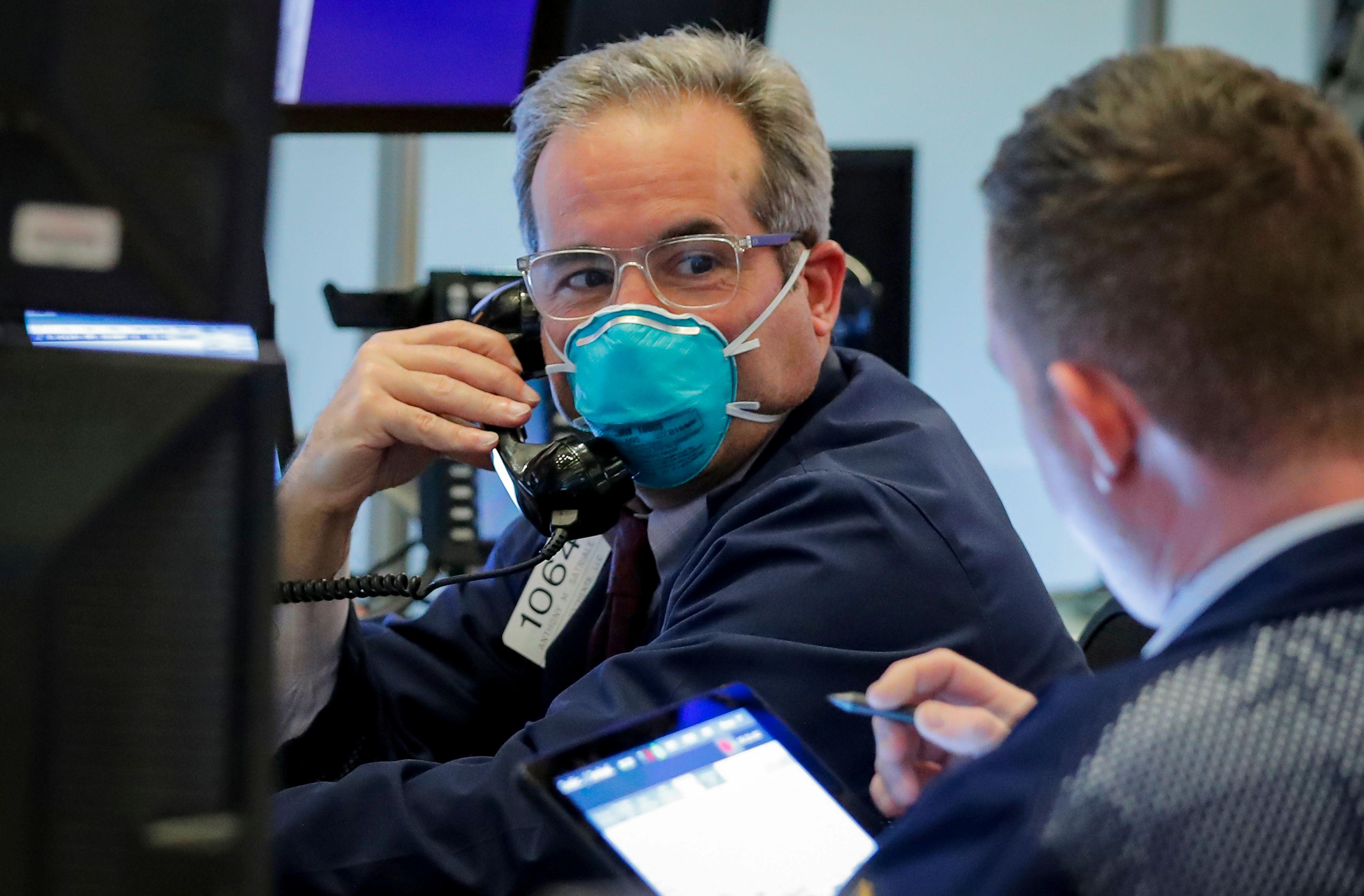 The S&P 500 .SPX and Dow Jones .DJI indexes ended Tuesday with their worst opening quarters in history as efforts to contain the virus resulted in store closures, massive staff furloughs and a virtual halt in business activity.

The benchmark index has lost about $5.6 trillion in market value so far this year, despite an unprecedented round of fiscal and monetary stimulus that helped equity markets claw back some of the losses last week.

“There is no easy way to quantify either the economic shutdown or what the eventual recovery is going to look like as the monetary and fiscal policy initiatives are as historic as the economic decline,” said Art Hogan, chief market strategist at National Securities in New York.

With the quarterly earnings season set to begin in two weeks, investors fear reports of more production cuts as demand across sectors including airlines, autos, luxury goods and industrials evaporates, raising the risk of corporate defaults.

S&P 500 companies are expected to enter an earnings recession in 2020, with declines in profit in the first and second quarters, according to IBES data from Refinitiv.

Annual earnings are expected to fall 2%, the first decline since 2009. In the second quarter alone, profits at S&P 500 firms are projected to slide 9.6%.

In the latest sign of the economic toll of the health crisis, U.S. private payrolls dropped in March for the first time since 2017, supporting views that the longest employment boom in history ended last month.

“Talk of a bottom in equity markets still seems remarkably premature given the continued increase in infection and death rates across Europe and the United States,” said Michael Hewson, chief market analyst at CMC Markets in London.

Wall Street’s fear gauge, the CBOE volatility index , remains near levels last seen during the 2008 financial crisis, with investors flocking to the perceived safety of gold XAU= and U.S. Treasuries. [GOL/] [US/]