WASHINGTON (Reuters) – As several more U.S. states moved to impose stay-at-home orders to limit the spread of the coronavirus, industries from steelmakers to auto dealerships were scrambling for exemptions that would allow them to remain open. 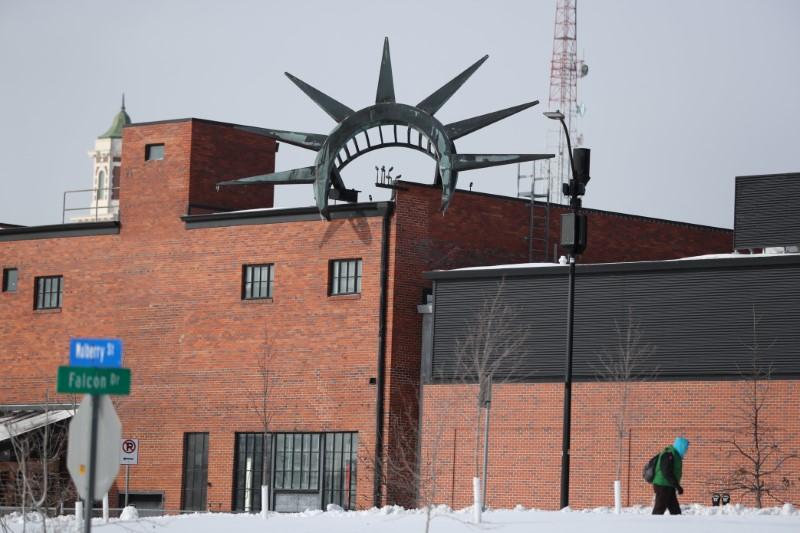 A patchwork of state and local authorities are imposing business closures. While many manufacturing firms were declared “essential” and were being allowed to stay open, some suppliers were not.

The stay-at-home orders are designed to stop the spread of the highly contagious virus, which has infected over 40,000 Americans in recent weeks and killed over 500.

The National Association of Manufacturers has urged states to declare all manufacturing facilities and supply chains as part of the “essential infrastructure” and “essential businesses,” allowing them to stay open under guidance here provided by the federal Cybersecurity and Infrastructure Security Agency (CISA), part of the Department of Homeland Security.

As the virus halts physical commerce, keeping operations open provides companies a better chance of staying in business than waiting for a government handout, said Gary Hufbauer, a non-resident senior fellow at the Peterson Institute for International Economics.

“Cash flow and survival are the key words here,” said Hufbauer. “As the shutdown continues, more and more firms will seek to be designated ‘essential.’”

Several letters to state and local officials from industry groups did not address how worker safety would be maintained for firms granted exemptions.

According to the CISA guidance, working remotely is encouraged, but when that is not possible, the agency recommends following guidance from the U.S. Centers for Disease Control and Prevention for social distancing, and off-setting shift hours to separate staff.

“These steps can preserve the workforce and allow operations to continue,” the agency said.

Industry may get an opening as President Donald Trump voiced a desire on Monday to avoid a complete shutdown of the U.S. economy, Hufbauer said.

Pennsylvania imposed a stay-at-home order in seven counties, mainly in the Philadelphia and Pittsburgh areas on Monday evening. Steel mills are allowed to operate, but not some critical suppliers such as metal fabricators and producers of limestone used in blast furnaces.

“Without the continued operation of these businesses, steel mills will not be able to continue their physical operations in Pennsylvania and elsewhere,” Tom Gibson, president of the American Iron And Steel Institute, wrote in a letter to Pennsylvania Governor Tom Wolf.

As of late Monday afternoon, those metal fabricators were not on a list here of the types of businesses that could stay open from Wolf’s office.

“We are issuing these orders because Pennsylvanians’ health and safety remains our highest priority,” Wolf said in a statement.

Pennlive.com reported here that 10,000 businesses in Pennsylvania were seeking exemptions from the order.

The Aluminum Association called on local state and federal agencies to ensure that industry operations and employees are designated as “essential” and exempted from any “shelter in place” orders.

Auto dealerships, which repair vehicles and perform warranty and recall work, also should stay open, to “ensure that our nation’s motor vehicle fleet remains as safe and operational as possible” two automotive trade groups said in a letter here to Trump.