NEW YORK (Reuters) – Beating the first quarter’s market crash took some extreme strategies, such as moving nearly everything to cash, or going very short. Now, fund managers who prevailed during the worst start to a year for U.S. stocks are betting on recession-resilient companies to take them to the next leg. 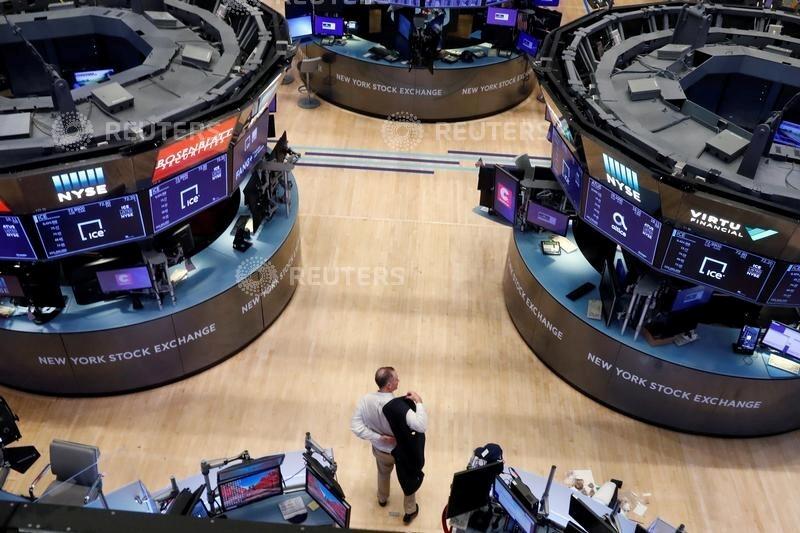 With few expecting a quick end to the market’s volatility, managers are seeking companies with strong balance sheets that can weather what could be a deep but short recession, according to a recent Reuters poll.

“We are focused on the companies that we think will survive this cycle,” said Eric Cinnamond, co-manager of the Palm Valley Capital Fund. The fund’s 0.79% gain during the first quarter made it one of just two actively managed U.S. equity funds tracked by Morningstar to show a positive return over the period.

The small-cap focused fund began 2020 with more than 92% of its assets in cash as the sector’s valuations soared. As the market fell, Cinnamond and his co-manager began adding 21 new positions, ending the quarter with 52% cash.

“If stocks fall further from here we’re well-positioned because we still have a lot of cash,” he said.

The benchmark S&P 500 .SPX index dropped more than 20% over the quarter despite hitting record highs as late as Feb. 19. Among exchange-traded funds, only those betting on a sell-off posted positive returns, led by the nearly 200% return for the Direxion Daily Energy Bear 3X Shares (ERY.P) fund.

The market’s deep losses led some bearish investors to start putting their cash into stocks.

Frank Value Fund, whose 1.3% drop during the quarter made it the fourth-best among active funds, started the year with about 60% cash, leaving it badly trailing as the broad market raced to new records. As the market tumbled, manager Brian Frank added new positions in Twitter Inc (TWTR.N) and sports apparel company Under Armour Inc (UAA.N), both of which he expects to hold for years.

“We made up years of performance in one month of a bear market,” he said.

Other top-performers were bolstered by bets on trendy sectors such as e-commerce, cyber security and telemedicine, which have benefited as millions of U.S. households shelter in place.

Portfolio manager Anthony Zackery said his Zevenbergen Growth fund’s 1.19% first-quarter loss – which made it the 5th-best performer among active funds – was helped by telemedicine provider Teladoc Health Co (TDOC.N), whose shares are up 75% for the year to date, and cloud communications company RingCentral Inc (RNG.N), which rose 21%.

The fund added a digital financial services company and a cloud-based healthcare provider over the first quarter, he said.

“These trends aren’t going to stop and, if anything, they’re going to accelerate because of this health crisis,” he said.

Mike Lippert’s Baron Opportunity Fund lost 6.7% over the quarter, making it the 14th best performer among active funds. He said he expected U.S. economic growth to slow after an initial rebound from the coronavirus-induced recession.

As a result, he added companies with clear growth paths such as cyber security company CrowdStrike Holdings Inc (CRWD.O) to his portfolio during the quarter.

“We’re looking for the companies that can continue to grow once we figure out what the new normal will be,” he said.