CHICAGO (Reuters) – Dairy farmer Jason Leedle felt his stomach churn when he got the call on Tuesday evening. 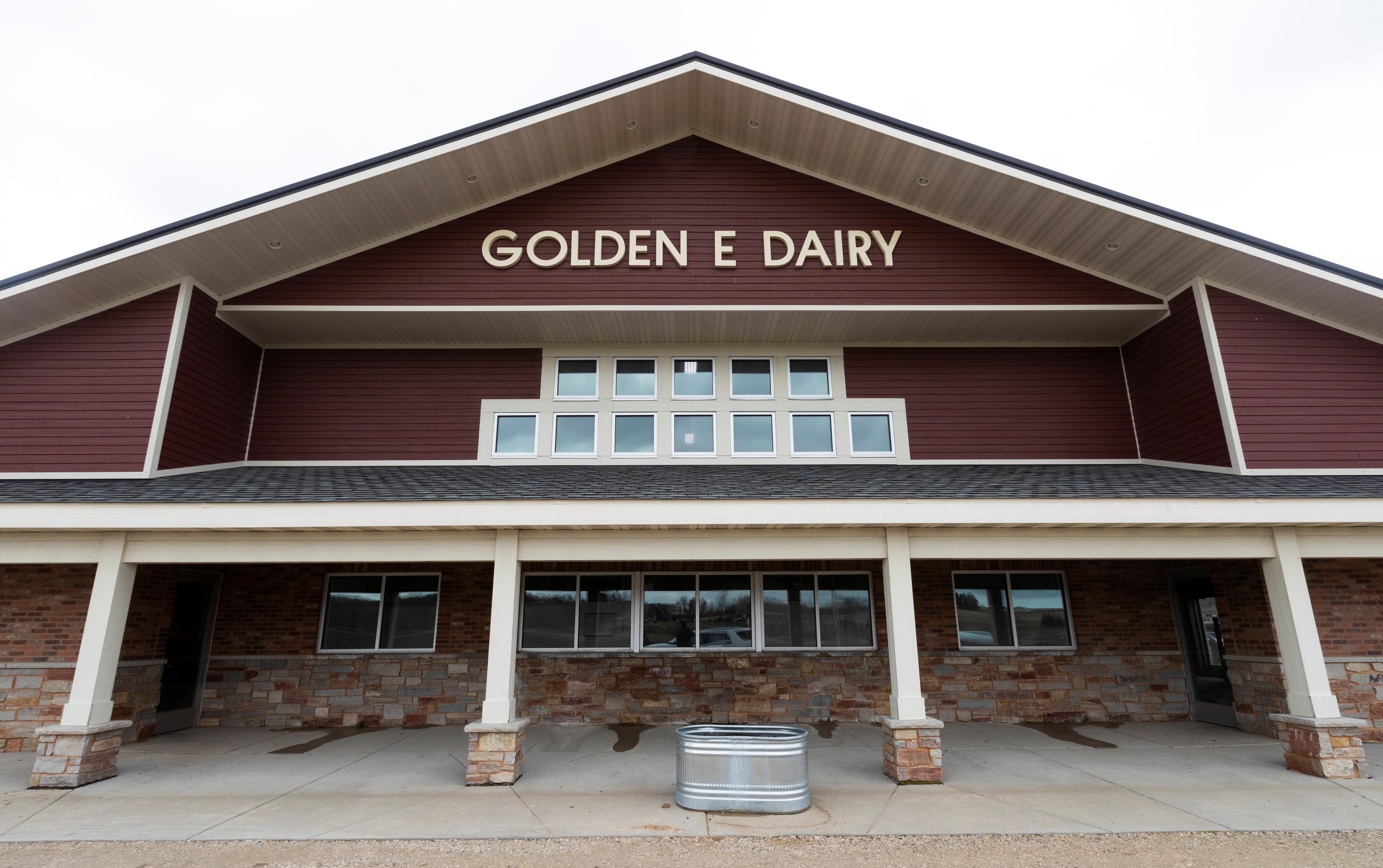 “We need you to start dumping your milk,” said his contact from Dairy Farmers of America (DFA), the largest U.S. dairy cooperative.

Despite strong demand for basic foods like dairy products amid the coronavirus pandemic, the milk supply chain has seen a host of disruptions that are preventing dairy farmers from getting their products to market.

Mass closures of restaurants and schools have forced a sudden shift from those wholesale food-service markets to retail grocery stores, creating logistical and packaging nightmares for plants processing milk, butter and cheese. Trucking companies that haul dairy products are scrambling to get enough drivers as some who fear the virus have stopped working. And sales to major dairy export markets have dried up as the food-service sector largely shuts down globally.

The dairy industry’s woes signal broader problems in the global food supply chain, according to farmers, agricultural economists and food distributors. The dairy business got hit harder and earlier than other agricultural commodities because the products are highly perishable – milk can’t be frozen, like meat, or stuck in a silo, like grain.

Other food sectors, however, are also seeing disruptions worldwide as travel restrictions are limiting the workforce needed to plant, harvest and distribute fruits and vegetables, and a shortage of refrigerated containers and truck drivers have slowed the shipment of staples such as meat and grains in some places.

Leedle could likely sell his milk if he could get it to market. Dairy products in grocery stores have been in high demand as consumers stay home during the pandemic, though panic buying may be slowing. Earlier this week, a local market told Leedle’s wife she could buy only two dairy products total per shopping trip as retailers nationwide ration many high-demand products.

“It’s just gut-wrenching,” said Leedle, 36, as he stood inside his barn, with cows lowing softly as the animals were giving milk that would be funneled directly into a manure pit. “All I can see is that line going down the drain.”

Leedle has dumped 4,700 gallons of milk from his 480 cows each day since Tuesday. The 7,500-member DFA told Reuters it has asked some other farmers in the cooperative to do the same but did not say how many.

Dairy cooperatives oversee milk marketing for all of their members and handle shipping logistics. Leedle said he will be paid for the milk he and other farmers are dumping, but the payments for all cooperative members will take a hit from the lost revenues.

“Now is the time to consider a little extra culling of your herds,” the cooperative said in a March 17 letter to members. “We believe the ability to pick up and process your milk could be compromised.”

The cooperative, which also owns butter and cheese processing plants, said milk-dumping might also be on the horizon.

The dumping comes even as consumer demand for dairy has soared. Panic buying has left grocery store shelves nearly empty in recent weeks amid business shutdowns and quarantines nationwide. Retail purchases of milk rose nearly 53% for the week ended March 21, while butter sales surged more than 127% and cheese rose more than 84%, compared to the same period a year earlier, according to Nielsen data.

Grocers have been charging consumers more, too. The average retail price of cow’s milk was up 11.2% for the week ended March 21, compared to a year earlier, the Nielsen data shows.

Finding enough truck drivers is part of the challenge. Agriculture groups have lobbied states to increase truck weight limits on highways to enable more food to be delivered.

Dean Foods Co, which has been starting some plant shifts earlier and running later, is offering $1,000 sign-on bonuses for drivers with dairy experience as it struggles to fill 74 open positions, a company spokeswoman said.

“About half of U.S. consumers’ food budget was spent on restaurants, and we’ve shut that spigot off,” said Matt Gould, editor at trade publication Dairy & Food Market Analyst.

It would take millions of dollars, for instance, to install new equipment to switch a plant from making one type of cheese – such as barrel cheese used to make processed slices for fast-food restaurants – to producing cheddar wedges for grocers, said dairy analysts. Even switching from bagging 10 lb bulk bags of shredded cheddar for food service to 8 oz bags for retail stores would require costly new packaging robots and labeling machinery.

Schreiber Foods Inc, one of the country’s top dairy product manufacturers and food distributors, is cutting hours for workers at its dairy processing plants that normally supply the restaurant industry and adding staff to plants that stock the U.S. retail market, said spokesman Andrew Tobisch.

As of last week, the plants serving retail were bottlenecked.

“We’ve almost had too many trucks showing up at some of our plants,” Tobisch said. “The deliveries get backlogged and the drivers are having to wait longer and longer.”

Trucks heading to restaurants, meanwhile, are getting sent back. Sartori Cheese in Plymouth, Wisconsin, has had restaurant customers refuse shipments of food they had ordered, said president Jeff Schwager. Some restaurant customers have called, asking if they can return orders delivered weeks ago. But processors can’t take the cheese back and resell it – or even donate it – because they can’t ensure it has been safely handled, Schwager said.

Some of Sartori’s grocery retailers are telling Schwager they are closing their gourmet cheese counters with their displays of huge cheese wheels, in favor of pre-packed, grab-and-go wedges. The stores want to redeploy those cheese counter crews to stock shelves and handle other tasks, Schwager said.

That means Sartori Cheese will need far more film wrap of a different size that is now in short supply as demand skyrockets.

Meat producers and fruit-and-vegetable farmers are also struggling with the shift from wholesale to retail, causing plentiful products to run short on grocery store shelves.

Paul Sproule, a potato farmer in North Dakota, said processors who churn out french fries and other restaurant products have stopped buying. Most can’t pivot to retail because they don’t have customer-facing packaging or relationships with stores for shelf space. 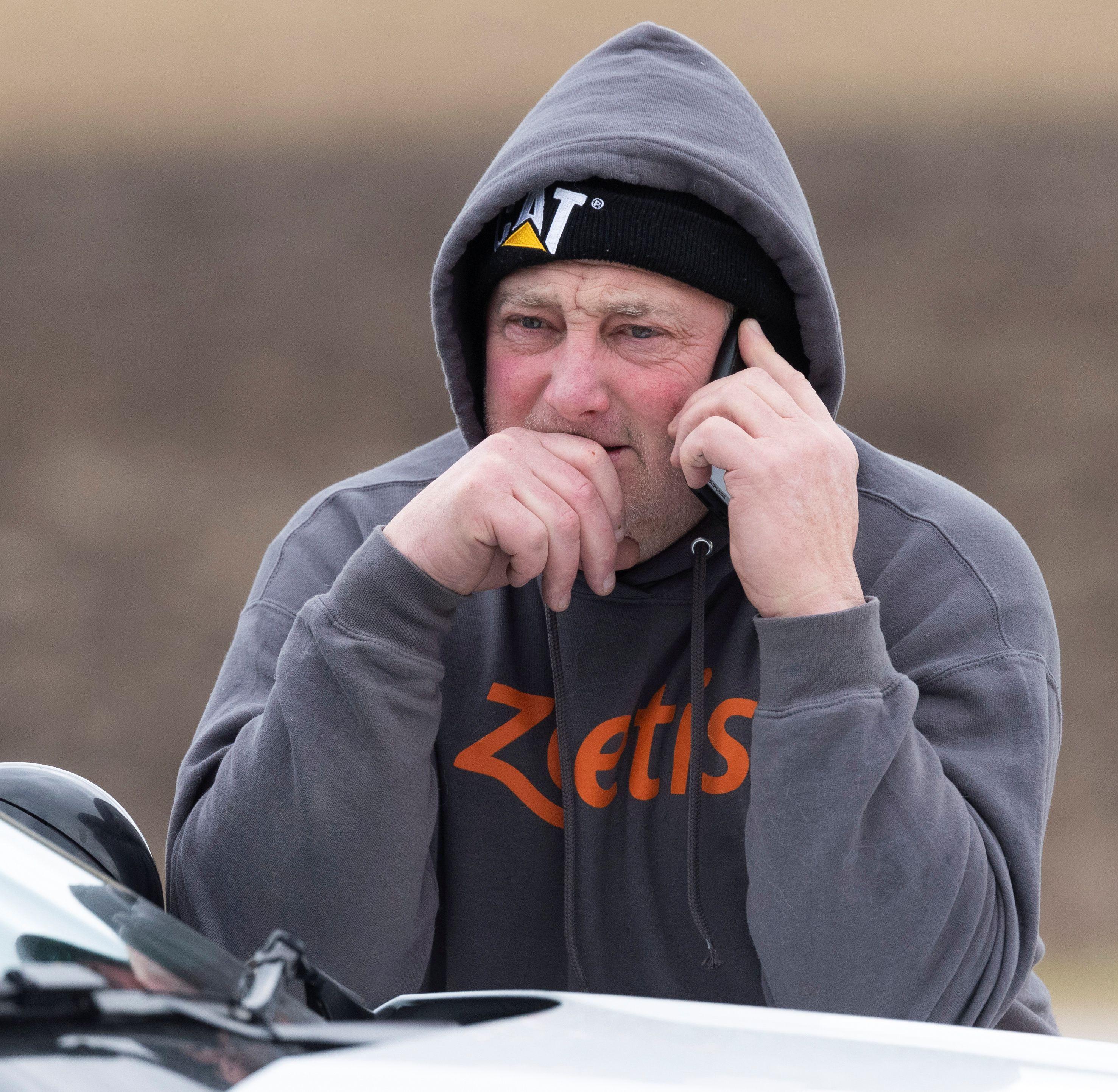 In rural communities, smaller food retailers such as bakeries are starting to stock products that have been running short at grocery stories. In the farm town of Rossville, Indiana, local baker Sandra Hufford’s picked up grocery products from a food distributor, including butter, cartons of cottage cheese and gallons of milk.

“They told me that they had a lot of customers not wanting to pay right now, and they needed cash-paying customers,” said Hufford, who owns the Flour Mill Bakery.

Hufford stocked up her bakery’s refrigerated case and posted what was available for pickup and delivery on the shop’s Facebook page. Word spread. Now, customers from as far as Indianapolis – 60 miles away – are placing orders and driving out to pick up groceries.