The administration learned of what appeared to be “serious violations” of labor rights, it said, and is using a new tool in the North American trade deal to seek a review. 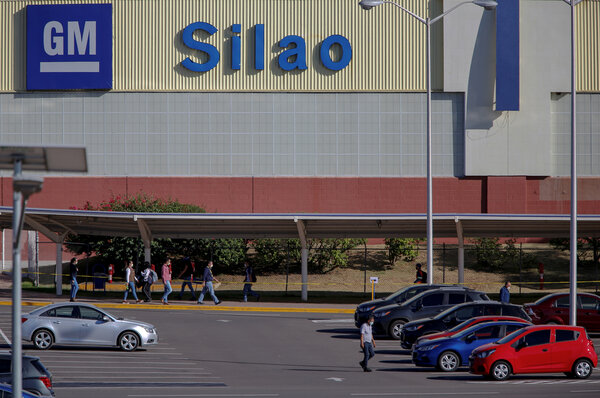 WASHINGTON — The Biden administration announced on Wednesday that it was asking Mexico to review whether labor violations had occurred at a General Motors facility in the country, a significant step using a new labor enforcement tool in the revised North American trade deal.

The administration is seeking the review under the novel “rapid response” mechanism in the United States-Mexico-Canada Agreement, which replaced the North American Free Trade Agreement and took effect last summer. Under the mechanism, penalties can be brought against a specific factory for violating workers’ rights of free association and collective bargaining.

The administration “received information appearing to indicate serious violations” of workers’ rights at the G.M. facility, in Silao in the central state of Guanajuato, in connection with a recent vote on their collective-bargaining agreement, the Office of the United States Trade Representative said.

The vote was stopped last month amid accusations that the union at the facility had tampered with it, according to news reports. Mexico’s Labor Ministry said on Tuesday that it had found “serious irregularities” in the vote and ordered that it be held again within 30 days.

The updated North American trade agreement required Mexico to revamp its labor system, and the country overhauled its labor laws in 2019. Sham collective-bargaining agreements known as protection contracts, which are reached with employer-dominated unions, are widespread in the country. Now unions are holding votes to affirm the existing agreements. 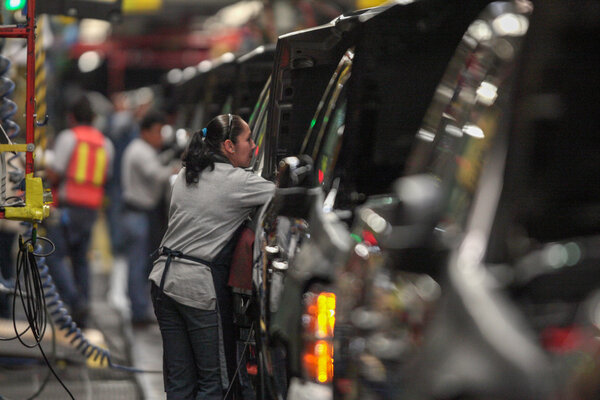 In a statement, Katherine Tai, the U.S. trade representative, said the announcement on Wednesday “shows the Biden-Harris administration’s serious commitment to workers and a worker-centered trade policy.”

“Using U.S.M.C.A. to help protect freedom of association and collective-bargaining rights in Mexico helps workers both at home and in Mexico, by stopping a race to the bottom,” she said, using the initials for the trade deal. “It also supports Mexico’s efforts to implement its recent labor law reforms.”

In a statement, General Motors said that it believed it had no role in the alleged labor violations and that it had asked a third-party firm to review the matter. The company, which makes Chevrolet Silverado, Chevrolet Cheyenne and GMC Sierra pickup trucks at the Silao facility, said it would cooperate with Mexico’s Labor Ministry and the U.S. government.

“General Motors respects and supports the rights of our employees to make a personal choice about union representation and any collective bargaining on their behalf,” the statement said. “G.M. condemns violations of labor rights and actions to restrict collective bargaining.”

In announcing its request for a review by Mexico, the Biden administration avoided striking an adversarial tone with the Mexican government.

Ms. Tai praised the government “for stepping in to suspend the vote when it became aware of voting irregularities,” adding, “Today’s action will complement Mexico’s efforts to ensure that these workers can fully exercise their collective-bargaining rights.”

On Monday, the A.F.L.-C.I.O. and other groups filed a complaint under the rapid response mechanism in which they alleged labor violations at the Tridonex auto parts plants in the Mexican city of Matamoros, across the border from Brownsville, Texas.

The Biden administration will review that complaint, an official in the trade representative’s office said. It could then ask Mexico to conduct a review of that matter akin to the one it is seeking of the G.M. facility.