WASHINGTON (Reuters) – U.S. President Donald Trump met with oil company executives at the White House on Friday afternoon to discuss a historic oil-price slump threatening their businesses, brought on by the coronavirus outbreak and a Saudi-Russia price war. 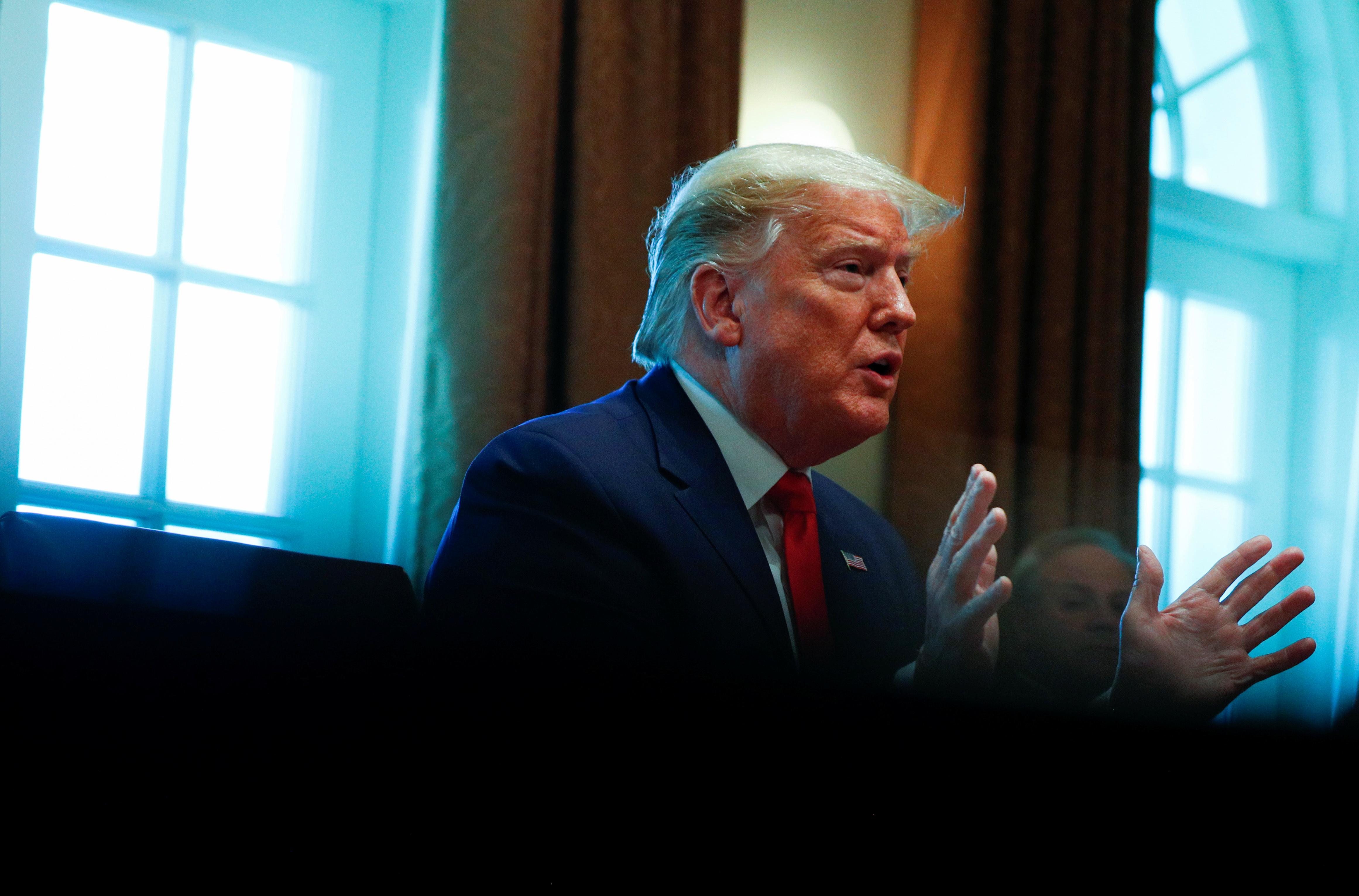 “We’ll work this out and we’ll get our energy business back,” he told reporters while surrounded by cabinet members, oil state lawmakers and executives from big drillers such as Exxon Mobil, Chevron Corp, and Continental Resources prior to the beginning of private talks.

The administration may offer ways to help the industry weather the crisis, including waiving royalty payments drillers must pay for oil produced on federal lands, imposing an import tariff on foreign crude oil or easing shipping regulations, according to sources familiar with the matter.

Trump was also likely to highlight his efforts to push Moscow and Riyadh to end their price war and tighten the taps to boost prices, the main hope for an ailing U.S. drilling industry that supported his presidential campaign.

“I think President Putin and the crown prince want something to happen badly – certainly it’s terrible for them what’s happening too. So, they want to see something happen,” Trump said before the meeting began.

Trump had said on Thursday that Saudi Arabia and Russia had agreed to cut output by an unprecedented 10 million to 15 million barrels per day (bpd), representing 10% to 15% of global supply, after he discussed the issue with their leaders.

The countries did not confirm the plan, but said they were willing to discuss ways to stabilize the market with other major world oil producers.

Trump said on Thursday he had made no concessions to Saudi Arabia or Russia and did not agree to a U.S. production cut – an idea that would violate U.S. antitrust law. A U.S. official told Reuters on Thursday that the slide in prices had already forced drillers to reduce production.

The United States in recent years has become the world’s biggest oil producer, which has at times put it in competition with Russia and countries in the Organization of the Petroleum Exporting Countries, even as it imposes sanctions on cartel members Venezuela and Iran.

Global oil prices have fallen by roughly two-thirds this year, raising the specter of a wave of U.S. oil drilling bankruptcies and lay-offs.

The American Petroleum Institute, which represents the U.S. oil and gas industry, had asked Trump for regulatory relief to ensure steady supplies during the pandemic. The administration has since announced a temporary easing of environmental enforcement.

The API, many of whose members operate globally, has also strongly opposed the idea of an oil import tariff, which could hurt domestic refiners and complicate projects and business relationships across borders.

Two sources familiar with the matter said that Trump would host a teleconference with scores of smaller independent drillers following his in-person meeting Friday afternoon.