David Davis, the former Brexit secretary, has urged ministers to probe a Chinese bid to take control of Imagination Technologies Group, amid fears that the British chip designer’s assets will be shifted away from the UK.

Sky News has seen a letter from Mr Davis to Oliver Dowden, the digital, culture, media and sport secretary, asking the government to “investigate this potential change of control of an important British strategic asset and, if necessary…intervene to ensure that this change of control does not take place”.

The growing clamour for government intervention relates to an effort by China Reform Holdings – which has close links to Beijing – to nominate four directors to Imagination’s board at an emergency meeting on Tuesday.

If the move takes place, it could give China Reform sufficient control of Imagination to set in motion a redomiciling of the company and its assets to China.

In his letter, Mr Davis asked Mr Dowden whether the government had powers to stop “British-owned intellectual property passing into Chinese ownership” and whether it had a list of British technology companies that could not be sold into Chinese control.

He also demanded to know whether there were “any legal mechanisms in place to stop people who work directly or indirectly for the Chinese state sitting on British company boards”. Sky News revealed on Saturday details of China Reform’s effort to take over the board of the chip designer, which counts Apple and Samsung among its largest customers.

Imagination was taken over in 2017 by Canyon Bridge Capital Partners, a Cayman Islands-based private equity firm, in a £550m deal.

Canyon Bridge’s main investor is China Reform, which is understood to have given assurances at the time of the deal that it would be passive.

The chairs of four Commons select committees have now written to Boris Johnson, asking the prime minister to intervene on the grounds of potential risks to national security.

The government intelligence agency, GCHQ, and the National Cyber Security Centre have also been informed of the developments.

On Sunday, Iain Duncan Smith, the former Tory leader and a staunch critic of Beijing, also weighed in, telling Sky News that China Reform’s coup attempt was “part of a pattern”.

“The totalitarian government has a strategic ambition to dominate key global markets and raw materials required in the manufacture of everything from microprocessors to batteries,” he said.

“They plan to make the world dependent on China and so dominate us all.

“It’s time for the UK and the west to think again.” 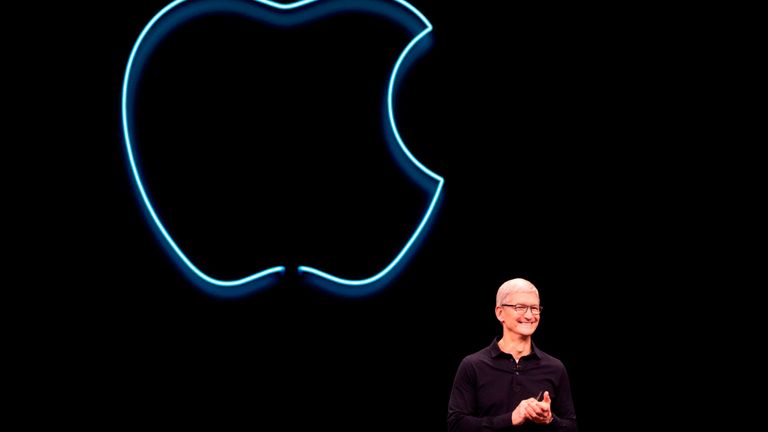 The company, which is based in Hertfordshire, employs about 600 people in the UK – with those prized technology jobs likely to be at risk if the company is moved to China.

One source said that China Reform had indicated to the company that it ultimately wanted to redomicile it to China – a move that would compound deepening fears about the pace of the ‘technology transfer’ to the world’s most populous nation.

They added that China Reform’s move appeared to be timed to coincide with “the point of maximum distraction” for ministers, with governments around the world almost entirely consumed by the task of dealing with the coronavirus outbreak.

Imagination was the tenth most prolific UK-based filer of patents in the European Union last year – ahead of Dyson and the chip designer ARM Holdings, which is owned by Japan’s SoftBank.

The relationship between Imagination and Apple, which resulted in a new licensing deal being struck in January, means that senior figures in the Trump administration might also raise questions about a Chinese takeover of the UK company’s board.

In 2017, America’s powerful Committee on Foreign Investment in the United States (CFIUS) blocked a takeover by Canyon Bridge of Lattice Semiconductor following an executive order from President Trump.

In the wake of that decision, Canyon Bridge relocated its head office from the US to the light-touch Cayman Islands.

Imagination is said to be taking legal advice on whether the boardroom coup can be prevented.

The situation is erupting amid ongoing criticism of the government’s decision to allow Huawei, the Chinese telecoms equipment manufacturer, a role in the construction of Britain’s 5G network.

Since the 2016 Brexit referendum, the government has sought to strengthen the regime around foreign takeovers of UK companies.

Theresa May’s administration introduced a tougher national security test for buyers of assets in areas such as technology, requiring buyers to notify the government of any potential issues.