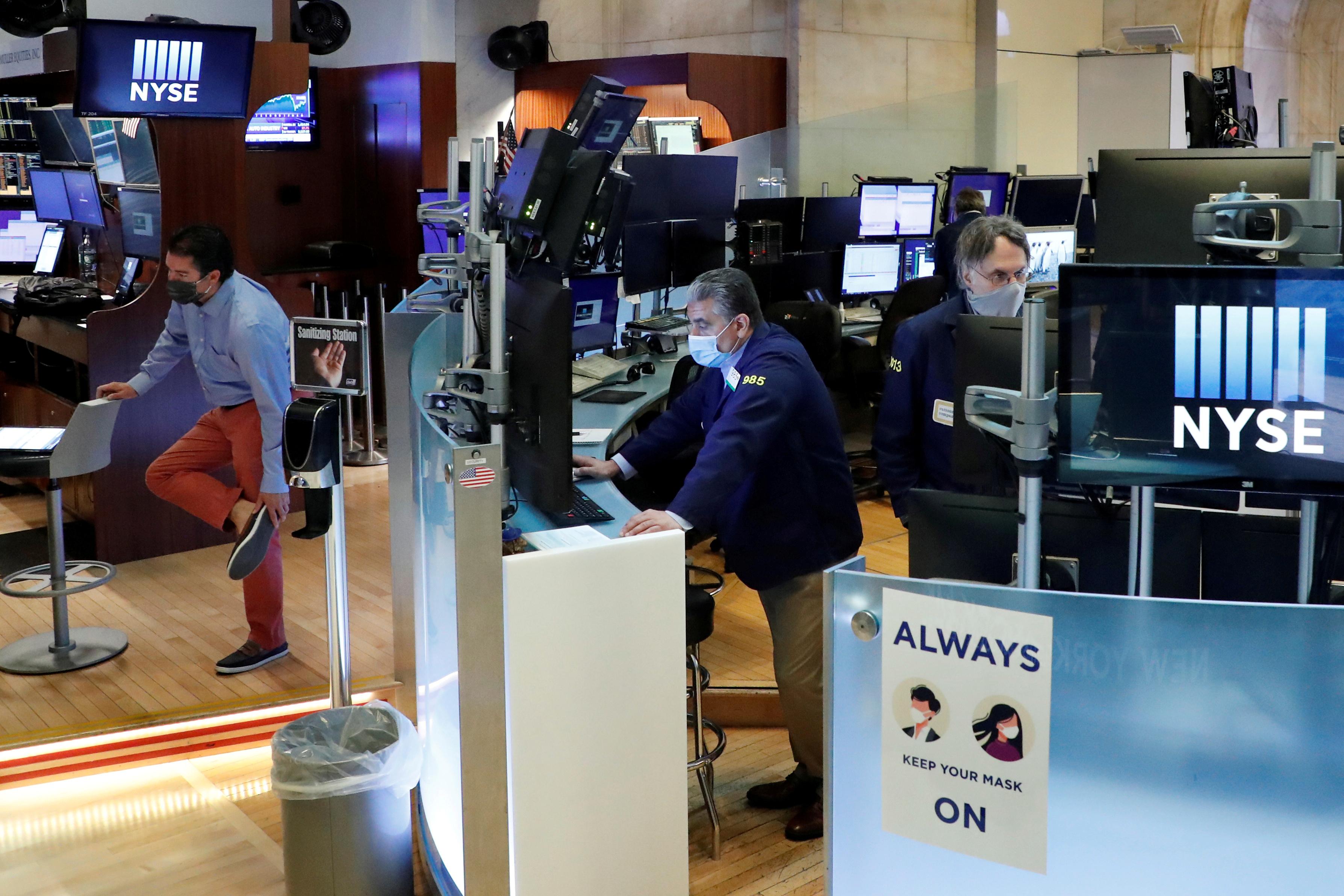 We knew Q2 earnings would be dire but the hope was a) they might turn out to be better than feared and b) companies could offer guidance on the outlook. So while expectations are for European Q2 earnings to slump 50%-plus, there’s margin for error.

Scandinavian banks, first out of the blocks, have surprised positively, with DNB, SEB, Swedbank and Handelsbanken beating forecasts. Trading revenues were a bright spot for them, and for many U.S. lenders so that segment should perform well in the rest of Europe too. Investors will also watch for banks’ loan-loss provisions, after large amounts were set aside in Q1.

There are hopes, too, that sectors such as industrials might have benefited from recovering June activity. Those due to report include Unilever, <Philips PHG.AS>, chipmaker STMicro and pharma Roche

(Graphic: US versus Europe earnings, here)

2/SHOW US THE MONEY, TESLA

This year’s 260% surge in Tesla Inc shares has widened the divide between the electric carmaker’s sceptics and believers. All eyes therefore will be on its Q2 earnings report, due July 22. Higher-than-expected Q2 vehicle deliveries, announced earlier this month, have raised hopes the company will defy Wall Street estimates to show a profit. It would mark Tesla’s first cumulative four-quarter profit, a key hurdle it needs to vault to join the S&P 500.

Tesla doesn’t have a great track record of delivering positive surprises – only in six of the last 17 quarters did it top Wall Street analysts’ mean estimate for GAAP net income. And this time too, a GAAP net loss of $275.2 million is expected, Refinitiv IBES data shows.

China’s national drink ‘baijiu’ doesn’t froth like beer, but there was froth a-plenty in the shares of premium baijiu maker Kweichow Moutai Co., China’s most valuable company. So much so that authorities felt the need to temper their rise.

The stock tumbled and Chinese equities had their worst week in five months, after the influential People’s Daily thundered: “alcohol is meant for drinking, not for speculation or corruption”.

But warnings about the $285 billion Moutai stock were likely aimed at calming tipsy markets, rather than reversing the rally. China has made clear that deeper capital markets are central to its growth strategy; part of that is the upcoming revamp of the Shanghai benchmark and the launch of a Nasdaq-style startup index called the STAR Market.

PMI data took a bit of a backseat lately — essentially Q2 figures were dismissed as reflecting, first, the activity collapse sparked by lockdowns and then, a rebound as restrictions lifted. But upcoming July releases will draw attention as investors seek clues on the outlook.

China’s manufacturing PMI is already back above 50 — the line dividing contraction from expansion — and the euro zone is not far behind. Any signs of recovery taking hold will boost investor sentiment.

Then again, unease could follow as investors fret that the fiscal and monetary life support of the past few months could start to be unwound.

(Graphic: Time for the PMIs, here)

Emerging-market policymakers have been busily slashing interest rates to heal economies devastated by the coronavirus. With central bank meetings due in some developing economies, expect more cutting. First — Hungary. It’s expected to trim rates by 0.15 basis points on Tuesday after a surprise June cut.

Slowing inflation may also leave room for South Africa to trim its benchmark rate on Thursday. The same day, Turkey must square its rising inflation with industrial production and retail sales data that show some recovery, but not to pre-COVID-19 levels. Odds are it will keep rates unchanged.

Russia rounds off the grand slam on Friday with central bank chief Elvira Nabullina expected to follow though on her signal for more rate cuts.