SINGAPORE (Reuters) – Stock markets fell and bonds were in demand on Thursday as worries grew about a second wave of coronavirus infections and a dour assessment from the head of the U.S. Federal Reserve dashed hopes for a quick economic recovery. 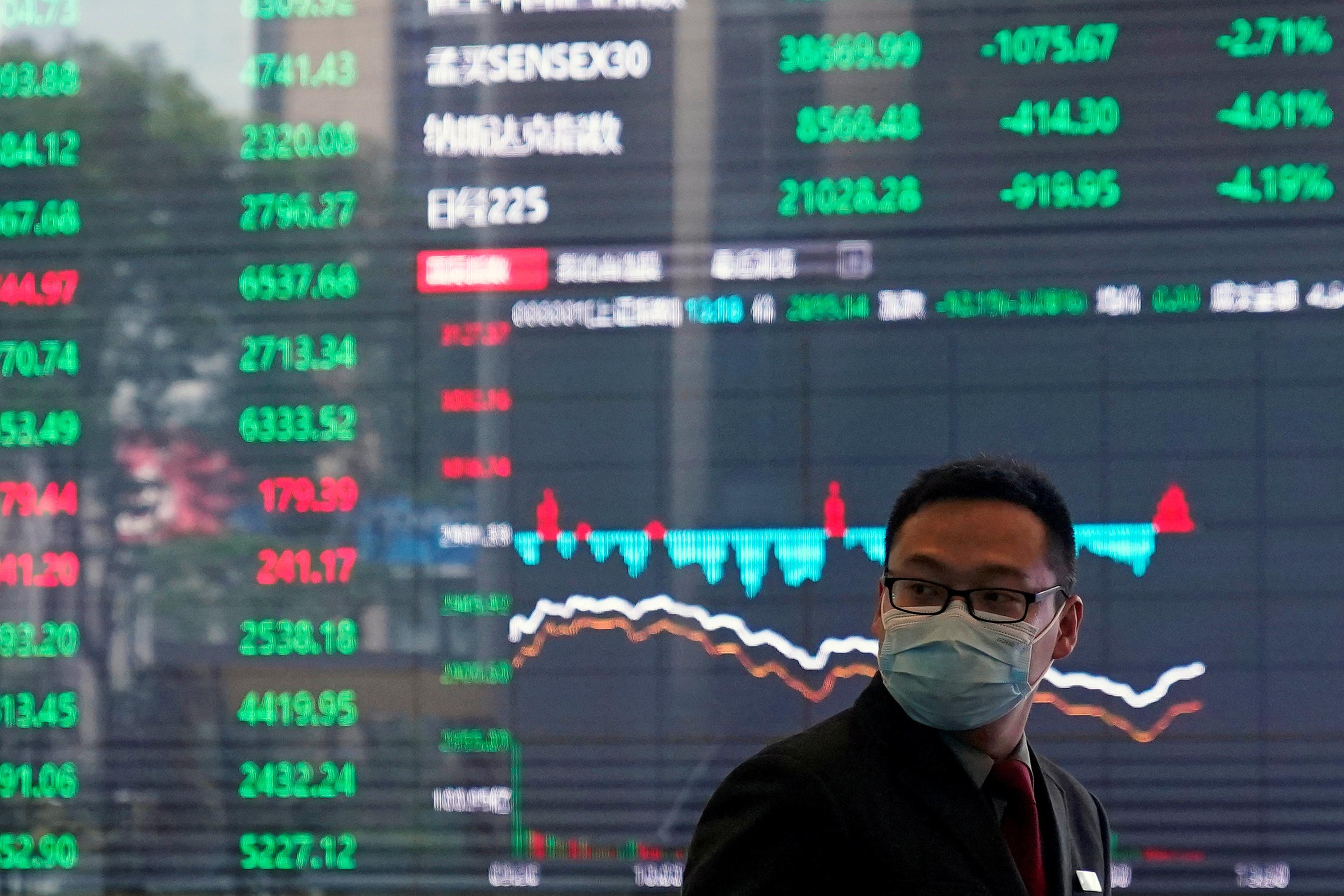 “The path ahead is both highly uncertain and subject to significant downside risks,” Fed Chair Jerome Powell said in a webcast speech.

He warned of a recession worse than any since World War Two, and called for additional fiscal spending to stem the fallout from the pandemic – a pointed comment from a central banker who has avoided giving advice to elected officials.

New outbreaks in South Korea and China were cause for concern, even as more countries begin to re-open their economies after lengthy lockdowns.

European stock futures were down, and every market in Asia fell. Bonds and the dollar held ground won overnight.

FTSE futures FFIc1 and EuroSTOXX 50 futures STXEc1 dropped about 0.5%, while futures for the S&P 500 ESc1 struggled to lift much above flat.

“The issue is whether we get a second wave (of infections) … that would be my greatest fear.”

China has re-imposed movement restrictions near its borders with North Korea and Russia after a new outbreak was detected there and South Korea is working to contain an outbreak centred around bars and nightclubs in Seoul.

“It is important to put this on the table: this virus may become just another endemic virus in our communities, and this virus may never go away,” WHO emergencies expert Mike Ryan told an online briefing on Wednesday.

Bonds and the dollar rallied after Powell talked down the prospect of negative interest rates in the United States, and extended gains on Thursday. Yields on benchmark U.S. 10-year Treasuries US10YT=RR fell slightly to 0.6395%.

Markets are looking ahead to the release of the European Central Bank’s latest economic bulletin at 0800 GMT and the latest U.S. jobless claims data at 1230 GMT.

Equity markets have wavered since April’s rally as investors and authorities try to weigh the risks of re-starting economies quickly against the financial ruin that lockdowns have wrought, while worrying about a flare-up infections.

Australian jobless data bought the latest sign of doom, with a record plunge in employment dragging the currency to a one-week low of $0.6420.

In the United States, the Trump Administration is pressing on with re-opening plans despite urgings of caution from medical experts.

“But there is also a risk that we wait too long, there is a risk of destroying the U.S. economy and the health impact that that creates.”

Caution is also prevailing in Europe and the Antipodes, where restrictions are beginning to relax.

“A second pandemic wave is unfortunately not a tail risk, so the full extent of the economic damage may be underestimated,” he said, recommending a long position in euro/kiwi EURNZD= which has gained nearly 9% this year as market volatility has increased.

Elsewhere a strong greenback pushed the kiwi NZD=D3 to a three-week low of $0.5968 and had the euro and pound under pressure.