(Reuters) – U.S. stock market futures dipped late on Tuesday as early voting projections emerged in a rancorous U.S. presidential election, with investors hoping to avoid a prolonged process that would delay a potential fiscal stimulus to help an economy reeling from the coronavirus pandemic.

S&P emini futures EScv1 were last down 0.1%, partly reversing a rally during the official trading session in which the S&P 500 delivered its strongest one-day gain in almost a month.

S&P emini futures had jumped over 1% late in the day, but changed direction as projections showed President Donald Trump and Democratic rival Joe Biden neck-and-neck in Florida, one of the critical battleground states, with other hotly contested states, including Georgia and Ohio, up in the air.

On betting website Smarkets, odds of a Trump victory improved dramatically in recent minutes but still showed Biden as the expected winner.

Biden’s lead over Trump in national opinion polls has raised expectations of a decisive outcome and a post-election stimulus package that would make good on Biden’s promises of infrastructure spending.

Some analysts said the market’s strong gains also reflected a rebound from a selloff last week, the biggest weekly percentage decline for the S&P 500 in over seven months.

“It seems as though the polls have narrowed, which makes it a little bit more difficult for Biden, but the market reacting the way it is now tells me the market thinks we are going to get a resolution fairly quickly,” said Randy Frederick, vice president of trading and derivatives for Charles Schwab in Austin, Texas.

“If for some reason we don’t have any kind of a clear picture, if there is an unwillingness to concede on the part of the loser and this ends up having to go to the courts, we are in for some choppy, volatile markets for awhile,” Frederick said.

On election night 2016, U.S. stock index futures plunged as Trump pulled off an upset victory against Democrat Hillary Clinton. However, the next day marked the start of the so-called “Trump rally” that saw the S&P 500 jump 5% in a month, fueled by promises of massive tax cuts and financial deregulation.

Democrats, who already control the U.S. House of Representatives, are also favored to emerge from 14 hotly contested U.S. Senate races with full control of Congress, although final results from at least five of those contests may not be available for days, or months in some cases. 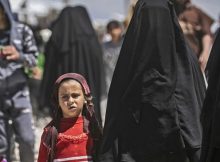 New Zealand Herald Premium free trial: Our Black Friday special
Recent Posts
Copyright © 2020 miamiheatnation.com.
This website uses cookies to improve your user experience and to provide you with advertisements that are relevant to your interests. By continuing to browse the site you are agreeing to our use of cookies.Ok