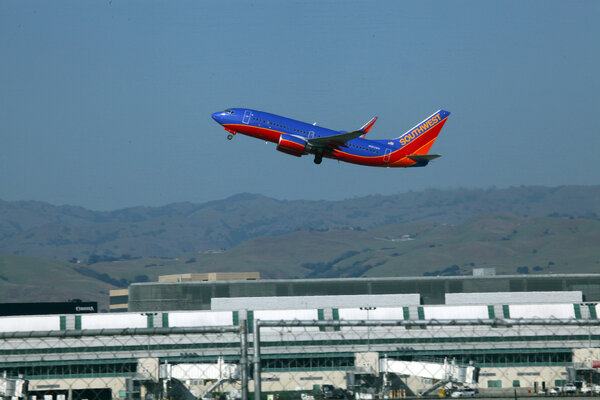 Southwest Airlines plans to raise its minimum wage to $15 an hour to retain and attract employees as the economy and aviation industry rebound. More than 7,000 existing employees stand to benefit from the move, the airline said.

The airline said it expects the pay increases to take effect on Aug. 1, though the timing for some employees will depend on negotiations with unions. The bump will benefit a wide range of employees, including ramp agents, cargo handlers and call center representatives

Pay scales vary by function and by union agreements, but the raise will boost wages by an average of $1.30 per hour. For some workers at the lower end of their pay scales, that could equate to a boost of 3 to 10 percent, the airline said.

The news, which was earlier reported by Bloomberg, comes as demand for flights recovers in the United States, fueled by widespread vaccinations and the gradual reopening of businesses and tourist destinations.

On Sunday, the Transportation Security Administration screened 2.1 million people at airports, though that number is still about 25 percent below 2019 levels.

Southwest, based in Dallas, employs more than 56,000 people and is known for having an unusual and relatively casual corporate culture. The company has long encouraged cooperative work, and its management has tended to have better relationships with labor unions representing its pilots and flight attendants than the leadership of other large airlines.

The low-cost airline entered the pandemic with the best balance sheet of any large U.S. carrier, was the first to report a quarterly profit this year, and has added flights to and from more than a dozen airports since the pandemic began. Southwest, which offers few international flights, is also well positioned to benefit from the recovery, which has mainly been driven by a return of travel within the United States.

Earlier this week, the airline said its longtime chief executive, Gary C. Kelly, will step down next year and be replaced by Robert E. Jordan, who, like Mr. Kelly, has worked at the airline since the 1980s.