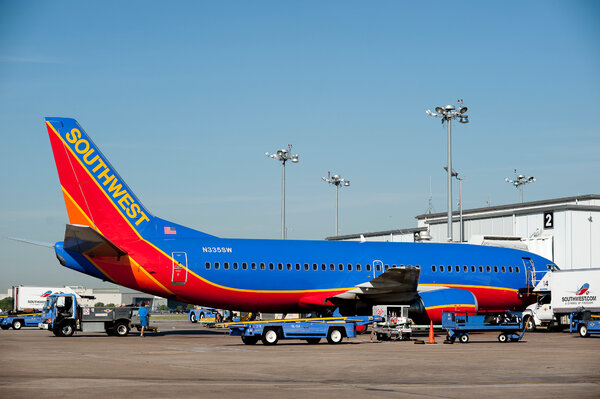 Southwest Airlines flights within the United States were temporarily suspended on Tuesday afternoon, the second major disruption to the company’s operations in less than 24 hours.

The F.A.A. said in a statement that the airline had requested the nationwide grounding as it “resolved a reservation computer issue.” In a separate statement, Southwest said it had canceled nearly 500 flights and, it blamed the disruption on “intermittent performance issues with our network connectivity.”

“Teams are working quickly to minimize flight disruptions and customer impact,” the airline said. “We appreciate our customers’ patience as we work to get them to their destinations.”

The airline experienced a similar outage late Monday, which it had blamed on a third-party provider of weather data. Both disruptions prompted widespread complaints on social media from frustrated travelers. A spokesman, Dan Landson, said the company was “investigating the root cause of each event.” The airline does not believe the disruptions on Monday and Tuesday were related, he added.

More than 1,500 Southwest flights were delayed on Monday, accounting for about a quarter of all flight delays within the United States, according to FlightAware, a flight tracking service. By Tuesday afternoon, Southwest had canceled about 14 percent of its scheduled flights for the day and delayed another 33 percent.

The disruptions come as airlines aim to capitalize on a rebound in travel after the coronavirus pandemic force many people to stay home for more than a year. On Tuesday, Southwest said it was celebrating its 50th anniversary with a half-off sale on fall fares.

Airlines have high hopes that a summer travel boom will allow them to make money again. Southwest turned a profit in the first three months of the year, the first major U.S. airline to do so.

The Transportation Security Administration screened more than 2 million people at airports on Sunday, more than at any point since March 2020.

Southwest pioneered the low-fare business model that many other airlines have copied over the years and carried more passengers than any other U.S. airline in 2019. The company, based in Dallas, has been the most consistently profitable large airline in the United States.