Brett Howell, a program manager at Coca-Cola in Atlanta, has found a way to use his small family foundation to take on environmental issues that have a big impact.

He was one of the leaders of a 2019 project to clean up Henderson Island, an atoll in the South Pacific that has the highest concentration of plastic pollution in the world. The island, a U.N. world historical site, is uninhabited but sits in the middle of a current that carries ocean debris.

Mr. Howell also started a process of working with other organizations to figure out how to keep the plastic from filling up the beach again.

“I came at this from the approach of I know a ton about this, and I’ve seen what works and what doesn’t work,” he said. “Plastic pollution in the ocean is a visual image of climate change.”

The issue of climate change may seem too overwhelming for individuals to have much influence. Sure, people can recycle, maybe dial back the thermostat to save heat. But even governments with unlimited resources struggle to take meaningful steps.

Yet some smaller foundations, like the Howell Conservation Fund, are trying to challenge this narrative and focus their energy and resources on one small area of the environment in the hope that it will have a major impact.

“Philanthropy is so much more than money,” said Henry Berman, the chief executive of Exponent Philanthropy, which works with small foundations. “Relationships, expertise, pulling people together — these are all parts of the puzzle to make things work. You don’t have to be Bill Gates or Mike Bloomberg to make it work.”

Mr. Howell contributed just 10 percent of the 2019 operation’s $300,000 cost — the return trip this year was canceled. But he brought people together with more money and different expertise.

“If you’re hyper-focused, you can punch above your weight,” he said.

Several principles unite these small foundations in their efforts to slow climate change or make a difference in a local ecosystem.

Believing in and talking about the science behind climate change is, not surprising, the starting point. But these smaller foundations have often found that they have to take a role in bringing together other interested groups of all sizes.

The Campbell Foundation, which is based in Baltimore, has focused on the poor health of the Chesapeake Bay for over 20 years. Last year, it made $18 million in grants to some 200 organizations, but it also regularly brings together the various interests around the waterway, including farmers, fishermen and conservationists. One big issue has been the runoff into the water from chicken waste.

“It’s me going around and meeting people,” said Sarah Campbell, the president of the foundation, which her father started. “That kind of effort to hear all sides really counts.

“I say it’s not just conservation for conservation’s sake,” she added. “It’s about the benefits to people of a healthy environment.”

As the only American on the expedition to Henderson Island, Mr. Howell had to do something similar. “You have to bring together very disparate groups,” he said.

Other members of the expedition team focused on research to understand where the plastic was coming from and how to recycle some of it. And some focused on getting out the word on how a pristine island was overwhelmed by plastic.

Some smaller environmental organizations also try to educate people outside environmental circles. Ms. Campbell acknowledges that her group’s efforts have not necessarily improved areas of the Chesapeake Bay, but she shows that without education efforts, it could have been much worse.

“There are a lot of stressors on the bay,” she said. “But it would be worse if we hadn’t been there. It’s not an empty Chesapeake Bay area. It’s a vibrant region with lots of people.” 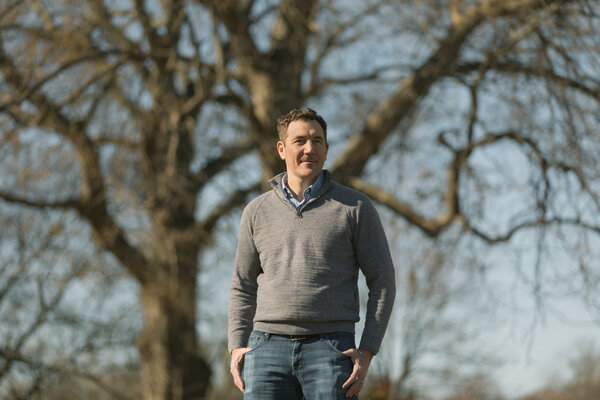 And foundations that are deeply knowledgeable, and care, about a specific issue can raise it to local and state government officials. The Virginia Environmental Endowment was created out of a legal settlement over a pollutant that was illegally discharged into the James River in the 1970s. That pollutant shut down fishing on the river for over a decade.

Joseph H. Maroon, the endowment’s executive director, said it used its grants to highlight what other nonprofit groups were doing. It also uses its resources to lobby on environmental issues in the state, particularly involving its waterways.

“We haven’t been afraid to be engaged in public policy issues,” Mr. Maroon said.

Foundations can also push for change at large, publicly traded companies by investing assets and then filing motions as a shareholder in a company.

Ms. Geuss said typical areas included filings to reduce greenhouse gas emissions and to update the type of chemicals a company uses. Trillium’s foundation clients were named on motions a few years ago to push Home Depot to sell more sustainable lumber and to stop using on plants it sold a chemical that has been linked to the decline of bee colonies, she said.

“For some of these smaller organizations, they can talk to their donors about this engagement,” Ms. Geuss said. “It’s something they can hang their hat on. We’ve seen them talk about how they’re amplifying their impact in fund-raising pitches.”

The shareholder actions, when successful, can have a significant impact — consider how much lumber and how many plants Home Depot sells. The money used in such campaigns might otherwise have sat in an endowment.

Even foundations that don’t want to become part of a shareholder motion can take steps to ensure that their investments align with their values. Those steps can be as direct as investing in clean-energy companies or more indirect, like investing in companies that make products that will help other companies become more efficient.

Foundations can become selective in the type of fixed-income investments they buy, paying particular attention to what the proceeds from the sale of these bonds are used for.

“Our analyst who covers fossil fuels always reminds us that the transition is going to be financed through debt,” Ms. Geuss said. “More and more, we can focus in on green bonds and sustainable bonds to amplify impact.”

Beth Renner, head of philanthropic services for Wells Fargo Private Bank, said her group was reaching out to clients to discuss these options before the clients asked about them. One thing a foundation of any size can do is make the most of “5 and 95,” Ms. Renner said. Foundations are required to make grants of at least 5 percent of their assets each year, but they can think just as strategically about the 95 percent of their assets that are invested.

“How do the assets that sit in investments help further the mission and the area of focus?” she said. “It’s a higher level of awareness in philanthropy right now.”

The Edwards Mother Earth Foundation in Seattle has been using that strategy for years. With $35 million in assets, it makes grants of about $2 million a year. But the foundation, which focuses on slowing climate change, has its portfolio of public and private investments in areas like clean tech and sustainable agriculture.

“There are 150 family members, and they made a commitment to doing impact investing,” said Bruce Reed, the foundation’s operations director. “We’ve made bets on some early-stage clean tech companies that we won’t know for another decade or 15 years if they’re going to work.”

Mr. Howell said he was able to work within Coca-Cola to push for the use of a trash trap that collects plastic waste before it ends up in the ocean. Last fall, one was installed in a river in Atlanta.

“I went to my boss at Coca-Cola, and they let me run with it,” he said. The lesson, he said, from that was: “Don’t be afraid to start something new.”