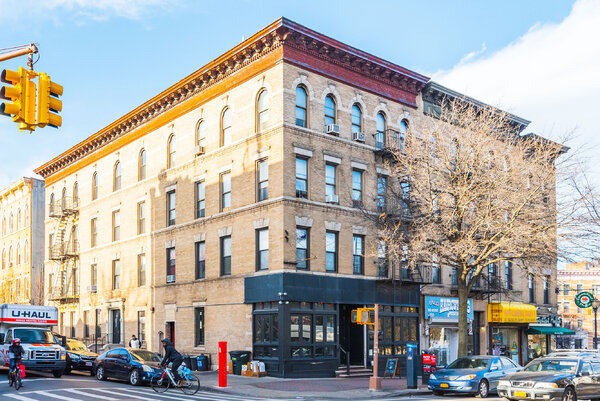 Built in 1905, this 11,552-square-foot, four-story building in Park Slope has 15 rent-stabilized apartments — eight one bedrooms and seven two-bedrooms — and one commercial space, occupied by the Double Windsor, a craft-beer bar. One apartment is vacant.

A 2,015-square-foot retail condo on the ground floor and lower level in this building in TriBeCa was sold. The space includes a bar, booths, ventilation and kitchen space, and the lower level can be used for additional seating. The space was previously occupied by Tribeca Tap House until March 2019.

Built in 1920, this four-story, 11,844 square-foot building in Park Slope consists of a mix of 16 rent-stabilized and market-rate apartments, as well as a basement. The building, which last traded hands in 2009, has two unoccupied units.