Two of Britain’s biggest government outsourcers are locked in talks about a merger of their support services arms that would create a business employing more than 80,000 people in the UK.

Sky News can exclusively reveal that Mitie is in advanced discussions to buy Interserve’s facilities management arm for more than £250m.

A deal could be announced as soon as Thursday, when Mitie is scheduled to announce its full-year results. 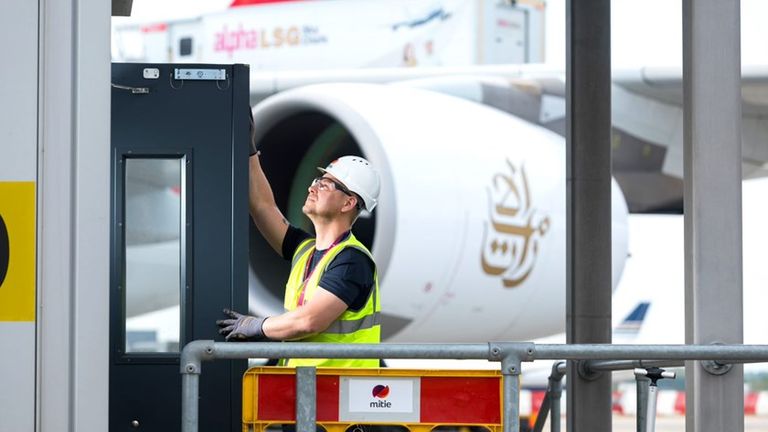 City sources said Mitie was expected to launch a £200m rights issue to help fund the deal and strengthen the balance sheet of the combined group.

They cautioned, however, that a deal had yet to be formally signed and could still fall apart.

If confirmed, the combination of Mitie and Interserve’s support services businesses would create the largest such operation in Britain, with over £3.5bn of revenue.

A deal would fortify Mitie’s finances during a period of intense scrutiny of the government’s reliance on private sector contractors to deliver essential public services during the coronavirus pandemic.

Both Mitie and Interserve have been closely involved with the NHS Nightingale hospitals commissioned by ministers to assist the health service.

Mitie has been hired to run 11 COVID-19 drive-through testing centres, with Interserve also winning an assortment of government contracts to help deal with the pandemic’s impact.