TOKYO/NEW YORK (Reuters) – Oil prices shed some of their massive gains on Friday taking stocks in Asia lower, as doubts grew over an oil price deal between Saudi Arabia and Russia that U.S. President Donald Trump said he had brokered.

With the coronavirus pandemic raising the risk of a prolonged global downturn, investors continued to seek the safety of the U.S. dollar and government bonds, pushing U.S. Treasury yields near their lowest in three weeks.

European stocks are expected to drop, with Euro Stoxx 50 futures down 0.26% while German DAX futures and FTSE futures both slipped about 0.3%.

Trump said on Thursday he had spoken to Saudi Crown Prince Mohammed bin Salman, and expects Riyadh and Moscow to cut oil output by as much as 10 million to 15 million barrels, as the two countries signalled willingness to make a deal.

Saudi Arabia said it would call an emergency meeting of the Organization of the Petroleum Exporting Countries, state media reported.

The amount cited by Trump would represent an unprecedented cut equal to 10% to 15% of global supply, in output per day terms, a common unit of measurement.

However, Trump provided few details, an omission some analysts said was likely intentional.

“He is a business man and smart enough to know these things. A cut of 10-15 million barrel per day (bpd) would be simply impossible,” said Norihiro Fujito, chief investment strategist at Mitsubishi UFJ Morgan Stanley Securities.

“How could Riyadh and Moscow agree on such a big cut, just about a month after they had fought over a cut of 1.5 million?”

In early March, talks over production cuts between the two countries collapsed, leading them to start a price war that pushed oil prices to the lowest levels in nearly two decades.

Nor did Trump make any offer to reduce U.S. production, which has become the world’s largest at the expense of Saudi and Russian output.

“Both Riyadh and Moscow will also be looking for participation from U.S. producers, and this may prove now to be the biggest obstacle to an agreement,” Royal Bank of Canada analysts said in a note.

Any cut is unlikely to make up for near-term oil demand destruction, estimated to range between 20 million and 30 million bpd.

Investors sought the safety of government bonds. Benchmark U.S. 10-year notes fell in price to last yield 0.593%, near a three-week low of 0.563% touched on Thursday.

More evidence of the damage from widespread stay-at-home orders to contain the spread of coronavirus emerged in the United States, with an unprecedented number of workers – 6.6 million – filing jobless claims.

Projections released by the U.S. Congressional Budget Office showed gross domestic product would decline by more than 7% in the second quarter as the health crisis takes hold.

Global coronavirus cases surpassed 1 million with more than 52,000 deaths as the pandemic further exploded in the United States and the death toll climbed in Spain and Italy, according to a Reuters tally.

In the currency market, the dollar maintained its firmness against a basket of currencies as investors and companies continued to hoard the world’s most liquid currency.

The dollar index has risen 1.97% so far this week, even as extreme tightness for greenback since last month eased. 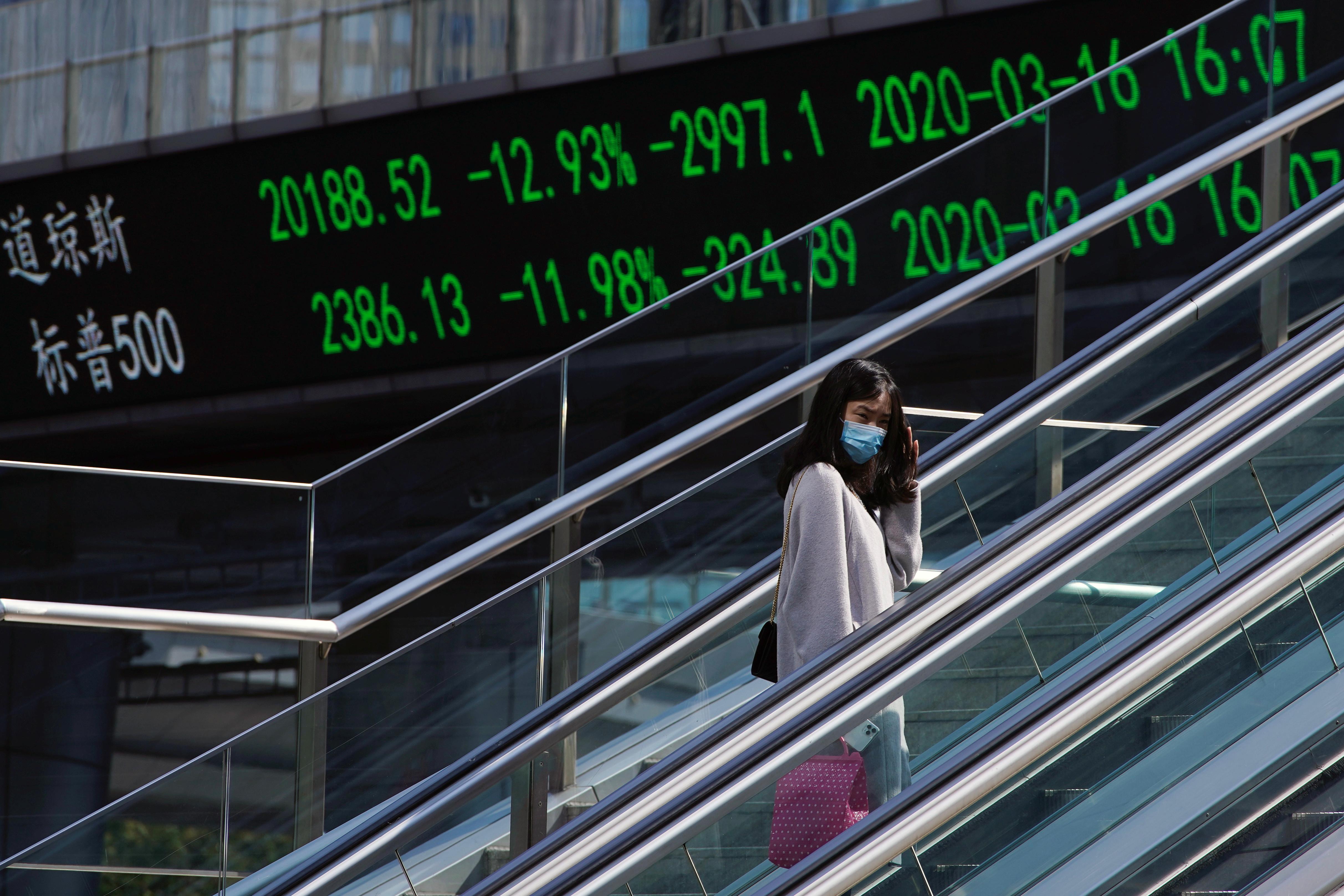 Some emerging market currencies stayed under pressure. The Mexican peso and the Turkish lira fell more than 1% against the dollar to 24.429 and 6.6725, respectively.