With the price of a barrel stuck around $40 and no recovery in sight, companies are combining to cut costs and ride out the pandemic. 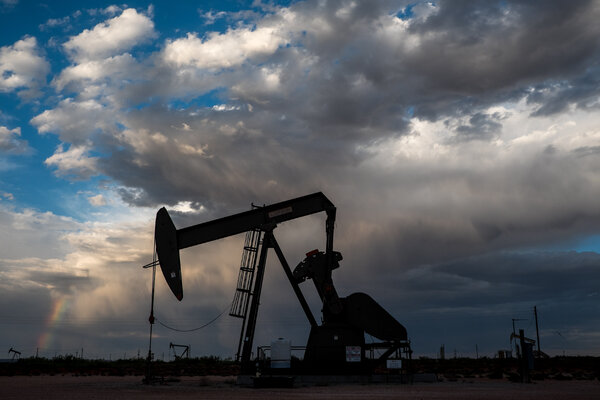 HOUSTON — The once mighty oil and gas industry is flailing, desperately trying to survive a pandemic that has sharply reduced demand for its products.

Most companies have cut back drilling, laid off workers and written off assets. Now some are seeking out merger and acquisition targets to reduce costs. ConocoPhillips announced on Monday that it was acquiring Concho Resources for $9.7 billion, the biggest deal in the industry since oil prices collapsed in March.

The acquisition, days after the completion of Chevron’s takeover of Noble Energy, would create one of the country’s biggest shale drillers and signals an accelerating industry consolidation as oil prices languish around $40 a barrel, just above the levels many businesses need to break even. Just last month Devon Energy said it would buy WPX Energy for $2.6 billion.

But many investors are not sure such deal making will be enough to protect the industry from a sharp decline. The share prices of ConocoPhillips and Concho closed down by about 3 percent on Monday. The big problem is that the fortunes of oil companies are fundamentally tied to oil and natural gas prices, which remain stubbornly low. Few experts expect a full recovery of oil demand before 2022, and some analysts have gone so far as to declare that oil demand might have peaked in 2019 and could slide in the years to come as the popularity of electric cars grows.

“There’s a lot more red ink than there is black gold,” said Michael Lynch, president of Strategic Energy and Economic Research, who periodically advises the Organization of the Petroleum Exporting Countries. “Companies are trying to hunker down and weather the storm. Most people don’t think the oil price will recover for a couple of years.”

More than 50 North American oil and gas companies with debts totaling more than $50 billion have sought bankruptcy protection this year. Among the casualties was Chesapeake Energy, a shale pioneer based in Oklahoma City. More failures could come in the next two years as companies are required to repay tens of billions of dollars in debt.

EU ‘in crisis mode’ as Hungary and Poland accuse Brussels of ‘blackmail’
Recent Posts
Copyright © 2020 miamiheatnation.com.
This website uses cookies to improve your user experience and to provide you with advertisements that are relevant to your interests. By continuing to browse the site you are agreeing to our use of cookies.Ok