Ms. Bugbee, who expanded The Cut into a top site for fashion and social issues, is scheduled to start later this month. 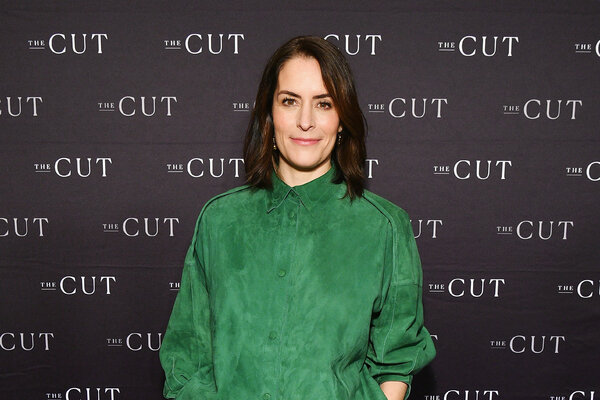 The New York Times on Wednesday named Stella Bugbee, who developed New York Media’s The Cut into a leading digital site, as its new Styles editor.

Ms. Bugbee, 45, was most recently an editor at large for New York magazine. She will take over Styles from Choire Sicha, who led it for nearly four years before stepping down in April to become a senior editor in The Times’s newsletter department. Mr. Sicha said on Monday that he would soon leave The Times. He is scheduled to join New York magazine as an editor at large in August.

Ms. Bugbee’s appointment was announced in a note to the Times staff from Dean Baquet, the executive editor; Joe Kahn, the managing editor; and Sam Sifton, an assistant managing editor.

“Stella brings to The Times a broad and ambitious vision for Styles coverage, one that embraces fashion and lifestyle, even as it explores issues of politics, gender, power and fame,” they wrote.

Ms. Bugbee, who is scheduled to start at The Times on June 21, joined The Cut in 2011 and took charge of it the next year. On her watch, the style and culture site grew into a major digital brand.

Known for its conversational headlines and features like “Sex Diaries,” “I Think About This a Lot,” and “Why Is Your Skin So Good,” The Cut also became a venue for writers with devoted followings, a group that included Ann Friedman, Heather Havrilesky, Maureen O’Connor and Rebecca Traister.

In 2017, Ms. Bugbee expanded the site to include more coverage of politics, gender and social issues. Last October, she announced that she was stepping down to become an editor at large at New York Media. Lindsay Peoples Wagner succeeded her as The Cut’s top editor.

In their note to staff, Mr. Baquet, Mr. Kahn and Mr. Sifton called Ms. Bugbee “a keen observer of the world” and praised her recent New York magazine cover story on a local fashion trend she called “Zizmorcore,” after Dr. Jonathan Zizmor, a dermatologist who was a longtime staple of ads in New York subway cars.