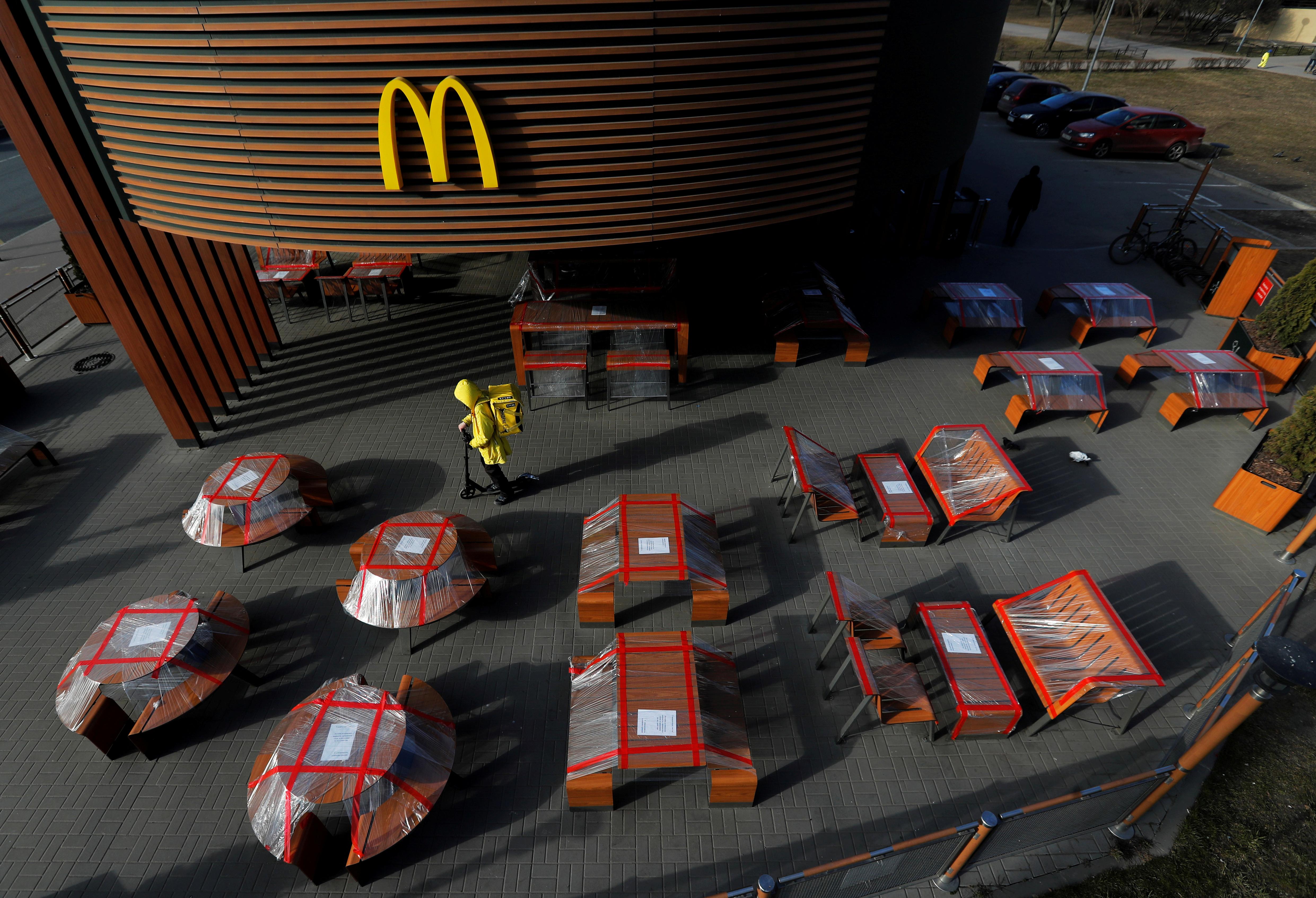 (Reuters) – McDonald’s Corp (MCD.N) reported a 16.7% slide in quarterly profit on Thursday as most of its restaurants across the globe limited their services to deliveries and take-aways to halt the spread of the coronavirus pandemic.

The world’s largest fast-food company said about 75% of its about 39,000 restaurants around the world were operational, including almost all of its nearly 14,000 restaurants in the United States.

The company said it had resumed operations in China, where the virus was first detected late last year, although demand remained low as consumers had not fully returned to their routines.

“The global crisis caused by the COVID-19 pandemic has significantly disrupted our business, and we continue to operate in a very challenging and unpredictable environment,” Chief Executive Officer Chris Kempczinski said.

The health crisis, which has infected over a million in the United States and killed about 60,000, has forced a month long government-led lockdowns, bringing dine-in businesses for several restaurants to a halt towards the end of the first quarter.

Earlier this month, McDonald’s withdrew its outlook for the year, joining other restaurant chains, citing uncertainties related to the health crisis and its impact on the global economic conditions.

The burger chain, which had pre-announced a 3.4% fall in first-quarter comparable store sales earlier this month, said net income fell to $1.11 billion, or $1.47 per share, in the first quarter ended March 31 from $1.33 billion, or $1.72 per share, a year earlier.

Revenue fell 6.2% to $4.71 billion, compared with Wall Street estimates of $4.65 billion, according to IBES data from Refinitiv.