Whether because of layoffs or a desire for a new challenge, older people are becoming entrepreneurs at an increasing rate. 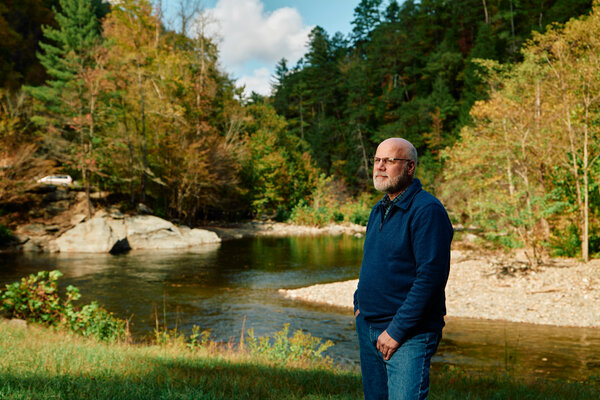 In April, Dave Summers lost his job as director of digital media productions at the American Management Association, a casualty of layoffs brought on by the pandemic.

Mr. Summers, 60, swiftly launched his own business as a digital media producer, coach and animator who creates podcasts, webcasts and video blogs.

And in September, he and his wife, who teaches nursery school, moved from Danbury, Conn., to Maryville, Tenn., which they discovered while visiting their son in Nashville. “My new work is all virtual, so I can live anywhere,” he said. “Not only is it a cheaper place to live, we love hiking and the outdoors, and our new town is in the foothills of the Great Smoky Mountains.”

Droves of small businesses have been shuttered by the economic fallout of the coronavirus, but for Mr. Summers, starting a new one was the best option.

“I’m not sitting on a massive nest egg, so I need to work to keep afloat,” he said. “It’s also about being healthy and happy. I can’t just retire because underneath it all I’m creative, and I have to be busy doing stuff and helping people tell their stories.”

While the coronavirus pandemic is causing many older workers who have lost jobs, or who have been offered early retirement severance packages, to decide to leave the work force, others like Mr. Summers are shifting to entrepreneurship.

In fact, older Americans had already been starting new businesses at a fast rate. In 2019, research from the Kauffman Foundation, a nonpartisan group supporting entrepreneurship, found that more than 25 percent of new entrepreneurs were ages 55 to 64, up from about 15 percent in 1996.

Across the age spectrum, there has been a rise in new business start-ups since May, according to the Census Bureau. The surge is likely “powered by newly unemployed individuals opting to start their own businesses, either by choice or out of necessity,” according to the Economic Innovation Group, a bipartisan public policy organization.

“Older women, in particular,” said Elizabeth Isele, founder and chief executive of the Global Institute for Experienced Entrepreneurship, “are highly motivated to start their own businesses to foster their own economic self-reliance, support their families and also provide employment for others in their communities.”

Losing his position during the pandemic was a blow for Mr. Summers. He was depressed for a day or two, he said, but he already had been doing what he calls “out of school projects” and had a personal website that he quickly remade into a professional one.

Start-up costs for his virtual business were under $2,000. The biggest challenges, he said, were “finding time to keep my technical skills up-to-date, and pricing my services right.” The biggest reward? “It is a freedom I could not have imagined.”

For many retirees, or those nearing retirement age like Mr. Summers, “starting a new business by repackaging the skills and experience honed for decades into a new career is exciting,” said Nancy Ancowitz, a New York City-based career coach.

“It hits you, especially during the coronavirus crisis, that time no longer feels unlimited,” she said. “You’re aware of your own clock ticking. Since you don’t have a seemingly endless vista of work ahead of you, you may be motivated to finally retool and learn a new trade, or just try something different.”

For some of Ms. Ancowitz’s clients in their later working years, a buyout from an employer is “the seed money to fuel the venture they’ve been hankering to launch,” she said.

They see it as “a treat to get that kick-start rather than have to hunt for a job, with all of the loneliness and fear of rejection that comes with it, especially when they haven’t looked for a job in ages.”

Two years ago, Vanessa Tennyson, 62, retired from her job as a human resources officer at a large consulting engineering firm in Minneapolis where she had worked for 32 years.

To find her footing, Ms. Tennyson enrolled as a fellow at the University of Minnesota’s Advanced Careers Initiative. It was the push she needed to begin an executive coaching business.

Before she hung out her shingle, though, she went back to school to obtain certification in executive and organizational coaching from Columbia University’s Teachers College and a graduate certificate from Columbia Business School’s Executive Education platform in business excellence. She also made sure her credentials met the standards required by the nonprofit International Coaching Federation.

“I didn’t want to be retired,” she said “Retired implies done. When I moved on from my job, it wasn’t completely on my own terms. The firm changed management, and I was out faster than I had planned.” But at 59, she said, she wanted something new. “I longed for something more purposeful, more meaningful, more challenging.”

Money, too, played a role.

Start-up costs for Ms. Tennyson were around $50,000 for tuition and to set up a home office so she could coach virtually.

“The positive result of the pandemic,” she said, “is I can work with people anywhere.” But the coronavirus has also taken a toll on her business, and in June she took a job as director of human resources at an addiction treatment center. “I continue to run my business on the side and coach clients. I expect that to bounce back next year.”

It turns out that the importance of entrepreneurship, or self-employment as a form of work, increases significantly with age, according to a report by Cal J. Halvorsen and Jacquelyn B. James of the Center on Aging & Work at Boston College.

Joe Casey, an executive coach, advises his older clients to focus. “The sooner they’re clear about their ‘Why,’ the easier some of their decisions will be.” 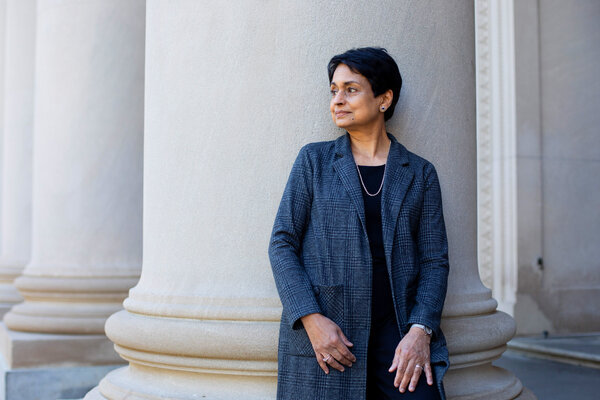 For Rati Thanawala, 68, it was her time as a 2018 fellow at Harvard’s Advanced Leadership Initiative, which helps professionals apply their skills to social problems, that led her to start a nonprofit, the Leadership Academy for Women of Color in Tech, this summer.

“As a fellow, I did research on why the careers of so many women and minorities get stalled in the tech industry,” said Ms. Thanawala, who spent 39 years working in technology, the last 17 as a vice president at Bell Labs.

After she retired three years ago, Ms. Thanawala sold her car and home and moved to Cambridge, Mass., for the Harvard program. “My husband had passed away, and our two children were grown,” she said. “I wanted to get rid of the old to make room for the new relationships and new people who can teach me.”

For Ms. Thanawala, the central issue for her next chapter was clear — she wanted to have an impact on the industry she had been immersed in. “I had tremendous knowledge in the tech area, and I saw firsthand how few women of color were in leadership positions,” she said.

Her pilot program, which she designed as a fellow, was funded by a $20,000 grant from Pivotal Ventures, an investment and incubation company created by Melinda Gates.

Ms. Thanawala said she hoped to expand the program and make it available to all women of color who declare a major in technology across the country.

In devising her business, money was not a stumbling block. “I didn’t need a start-up that was going to make me millions of dollars,” she said. “And I didn’t need money to support me. I could focus on changing the culture in tech and change the mind-set about women of color.”

Embarking on social entrepreneurship has been a one-woman show in many respects, she said. “I had to do everything myself. It was not like at Bell Labs when I had all of these people around me to bounce ideas off. It was harder than I predicted.”

“But it is going to be the best chapter of my life in terms of the impact that I will have had in this world. People will remember me for this.”