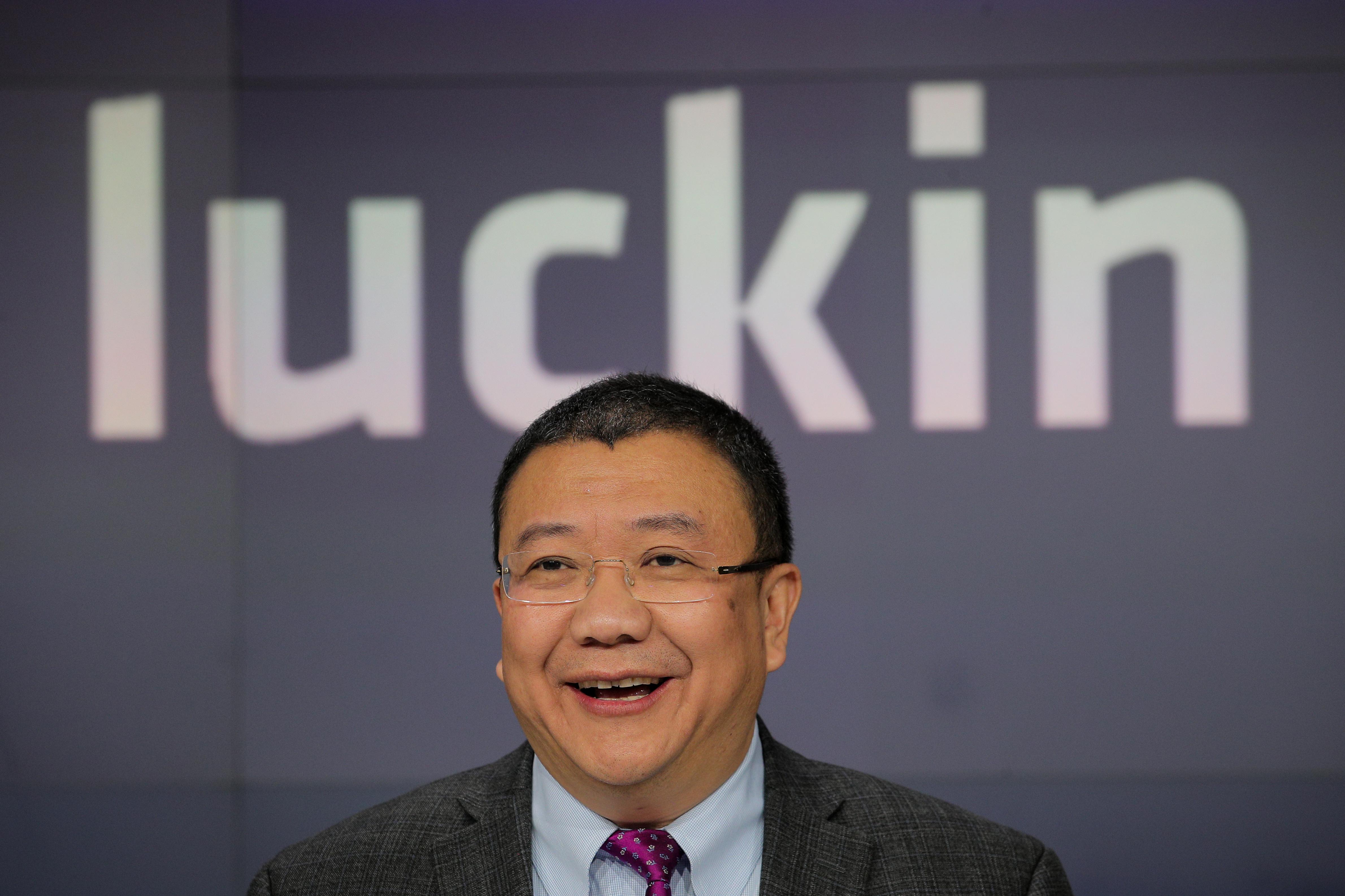 HONG KONG/NEW YORK (Reuters) – Luckin Coffee (LK.O) Chairman Charles Zhengyao Lu and Chief Executive Jenny Zhiya Qian have handed over shares in the embattled Chinese coffee chain to lenders after a company controlled by Lu’s family defaulted on a $518 million margin loan, one of the banks said on Monday.

The default comes after Luckin, a major rival to Starbucks in China, said last week that much of its 2019 sales were fabricated, sending its shares plunging as much as 82% in U.S. trading and sparking an investigation by China’s securities regulator.

Some 515,355,752 class B shares and 95,445,000 class A shares of Luckin had been pledged to secure the loan, including shares additionally pledged by the family trust of Qian, one of the banks on the loan, Goldman Sachs Group Inc (GS.N), said in a note to clients on Monday proposing a sale of the shares.

The other banks on the loan are Morgan Stanley (MS.N), Credit Suisse (CSGN.S), Haitong, CICC and Barclays (BARC.L), according to people familiar with the matter.

If all the shares pledged under the $518 million loan are sold, Lu Zhengyao’s voting interest in Luckin Coffee would not decrease, while Qian’s beneficial and voting interests would decrease significantly, Goldman Sachs said, without quantifying the size of the reduction.

The class B shares will be converted into American Depositary Shares (ADSs).

Luckin shares were down a further 15.4% in early afternoon trading in New York on Monday.