TOKYO (Reuters) – Japanese firms slashed spending on plant and equipment by the most in a decade in the second quarter, the government said on Tuesday, suggesting the economy will take a protracted period to fully rebound from the coronavirus-induced slump. 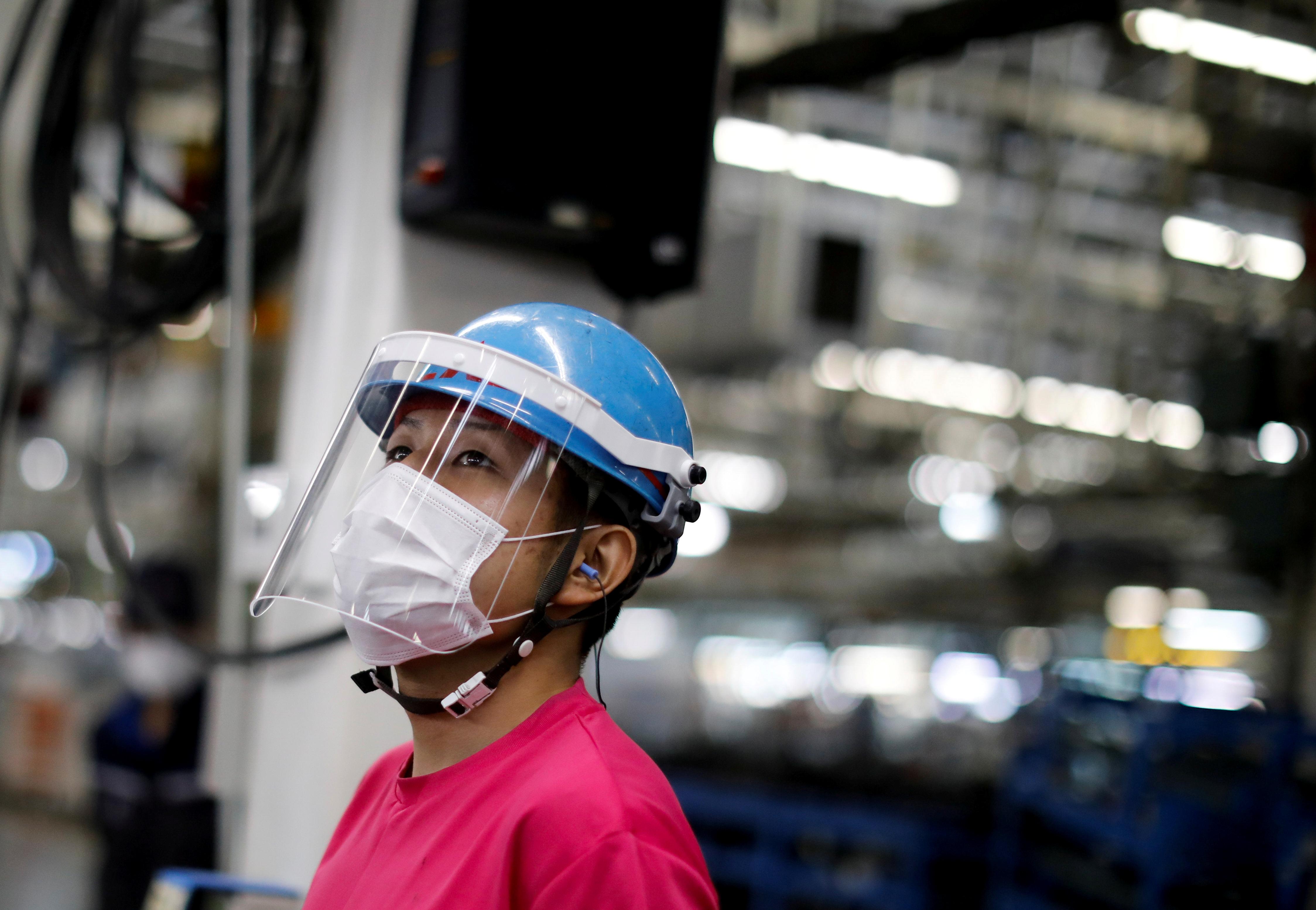 Separate private-sector data showed that factory activity in August shrank at the slowest pace in six months, reducing some pressure on policymakers to act more aggressively to prevent a deeper recession. Other official data pointed to worsening labour market conditions.

The fall in spending comes after the government called a state of emergency early in the second quarter in a bid to tackle the health crisis, which also led to sharp declines in corporate profits and sales in the quarter.

Capital spending shed 11.3% in April-June year-on-year, the biggest drop since the first quarter of 2010, as the COVID-19 crisis hit investments by the manufacturing as well as service sector, Ministry of Finance (MOF) data showed on Tuesday.

“The deceleration in capital spending is likely to become stronger in the second half of the fiscal year,” said Takumi Tsunoda, senior economist at Shinkin Central Bank Research Institute.

“Production has fallen considerably so there are more moves to put off spending as it isn’t seen as being necessary or urgent for the time being.”

Tuesday’s sharp decline followed a 0.1% rise in the first three months of the year. On a seasonally-adjusted basis, capital expenditure lost 6.3% quarter-on-quarter in April-June.

The negative data will be used to calculate revised second-quarter gross domestic figures (GDP) due on Sept. 8 of the initial estimate for a 27.8% decline – with some economists expecting a downward revision based on Tuesday’s data.

While analysts expect the economy to fare better in the current quarter after the state of emergency was ended in late May, many forecast any rebound to be modest and a recovery to take years.

Japan’s seasonally adjusted jobless rate ticked up to 2.9% in July, separate government data showed, compared to a median forecast for 3.0% in a Reuters poll of economists.

The jobs-to-applicants ratio slipped for the seventh straight month in July, dropping to 1.08 from 1.11 in the previous month to mark the lowest reading since April 2014 – meaning fewer than six jobs were available per five job-seekers.

Japan is also in the midst of a leadership change after Prime Minister Shinzo Abe said on Friday he will step down due to worsening of a chronic illness, raising uncertainty about the outlook for monetary and fiscal policies.

The government expects the economy will recover to pre-coronavirus levels around the first quarter of 2022, Economy Minister Yasutoshi Nishimura said last week.

The latest MOF survey showed manufacturers’ business spending fell 9.7% from a year earlier, following a 5.3% drop in the previous quarter.

Corporate recurring profit tumbled 46.6% in the April-June quarter year-on-year, the biggest drop since the second quarter of 2009, due to declining demand for cars and other transportation goods.

Sales dropped 17.7% year-on-year in April-June, down for the fourth straight quarter to mark the biggest drop since January-March 2009.