TEL AVIV/DUBAI (Reuters) – From a proposed rail link to the Gulf from the Israeli port of Haifa, to quick-hop direct flights from Tel Aviv, the prospect of formal relations with the United Arab Emirates is stirring excitement in Israel. 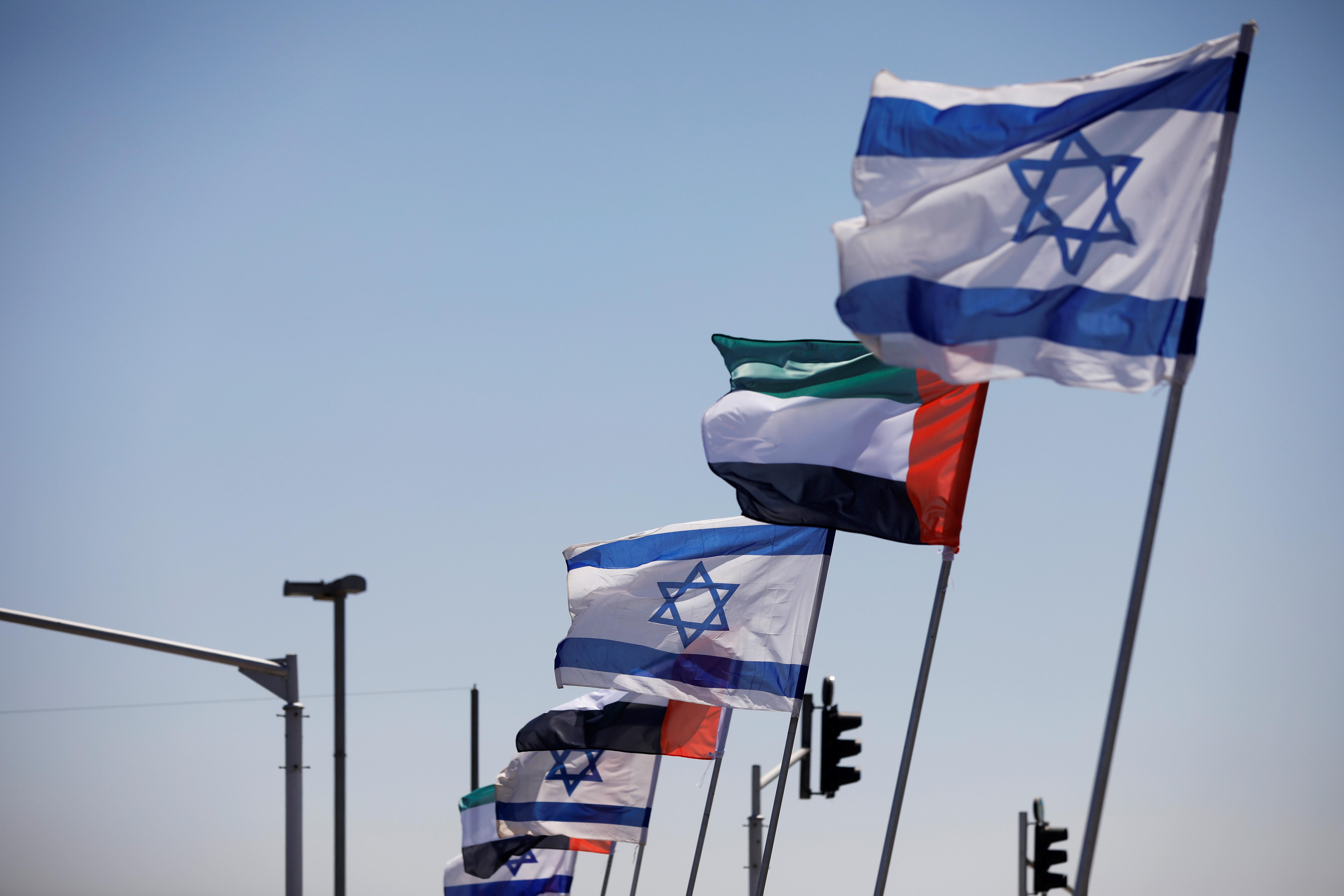 In the UAE, which Israeli business executives with foreign passports have visited for years, companies that are likely candidates for above-board deal-making with Israel are taking a more cautious line, apparently awaiting government guidance on future policy.

Israel and the Gulf State announced on Thursday they would normalise relations under a U.S.-sponsored deal that still awaits negotiations on details such as opening embassies and travel links before it is officially signed.

Israeli officials have been quick to play up the economic benefits of the accord, which once formalised would also include agreements on tourism, technology, energy, healthcare and security, among other areas.

Some Israeli and Emirati businesses have already signed deals since Thursday, and several small-scale medical and defence collaborations were announced in the weeks preceding the normalisation agreement.

But Emirati state entities and private businesses have been circumspect in discussing investment opportunities before ties are official, with many declining to comment.

Conglomerate Al Habtoor Group, which has several hotels in Dubai, is in talks to partner with Israeli carrier Israir, a spokeswoman said, declining to provide further details. It was too early to discuss expanding the group’s business into Israel, she said.

Abu Dhabi state fund Mubadala declined to comment about potential business opportunities emerging from the deal, and some government departments deferred requests for comment to the foreign ministry.

Israeli Finance Minister Israel Katz said official ties with the UAE “could be a basis for a very significant upgrade of Israel’s economy, alongside, of course, the things they need from us – in water technology, agriculture, hi-tech”.

On Israel’s Kan Radio, Katz highlighted the potential for grand, regional transportation projects – “a rail connection between Gulf countries and Haifa port” – that he said would make Israel the UAE’s “gateway to the Mediterranean”.

Such a rail network would have to cross Saudi Arabia, which has no relations with Israel and has so far been silent on its deal with the UAE.

An Israeli delegation is expected to travel to UAE within weeks to work out the modalities of normalisation, a historic shift that could reshape Middle East politics from the Palestinian issue to the fight against Iran.

The UAE would only be third Arab state in more than 70 years to establish relations with Israel, after Egypt and Jordan.

‘NOT GOING TO BET THEIR SHIRTS’

But there are sensitivities for businesses in openly welcoming Israeli investment in the Arab world’s second-largest economy when public opinion in the Middle East is largely pro-Palestinian.

Some in the UAE have called for boycotting Israel over its treatment of Palestinians in occupied territories.

“Established UAE companies and family-owned businesses are not going to bet their shirts just to enter Israeli markets,” he said.

Israeli investors acknowledge that new trade agreements would likely take time to strike, but say Israel’s booming high-tech scene and innovations in agriculture would be tough for the UAE to pass up.

Jon Medved, CEO of Israeli crowdfunding firm OurCrowd, said “co-investment talks are ongoing (with Israelis) throughout the Arab world, not just with the UAE” – alluding to Israeli expectations that Bahrain and Oman would follow in normalising ties.

Tourism could also stand to benefit, some analysts say, though it would take time to kick off given the coronavirus pandemic’s impact on global travel.

Prime Minister Benjamin Netanyahu said on Monday Israel is preparing for direct flights, over Saudi Arabia, to the United Arab Emirates, but gave no timeframe for their start.

Saudi Arabia does not recognise Israel and its air space is closed to Israeli airliners.

Asked about flying to Israel, Dubai’s Emirates said it had nothing to announce. Abu Dhabi’s Etihad Airways had no immediate comment when contacted by Reuters.

(This story has been refiled to fix typos in 15th, 20th paragraph, comment in 17th)