(Reuters) – European shares were little changed on Friday, with stocks trading in a narrow range as focus turned to Brussels where European Union leaders are expected to hammer out details of a 750-billion-euro recovery fund. 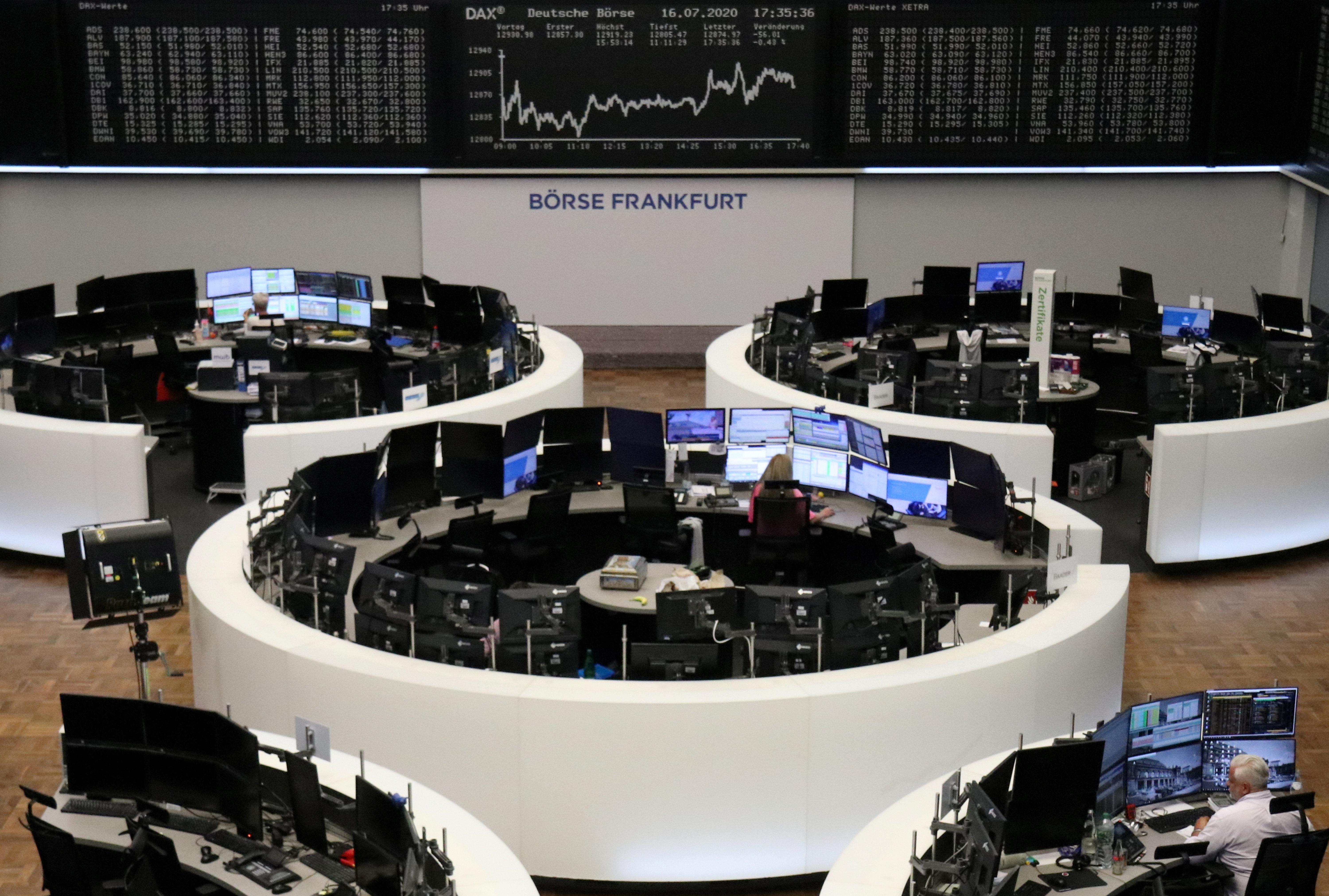 The United States shattered its daily record for coronavirus infections on Thursday, raising fears of slower recovery in the world’s largest economy.

Investors were on a wait-and-watch mode ahead of the outcome from the weekend’s EU summit.

Euro zone stocks .STOXXE slipped 0.2% after rallying earlier this week to highest since early March, mostly on hopes that an EU-wide fund to support the pandemic-stuck economies could lift the bloc out of a recession.

Analysts believe markets could tolerate a few days’ or weeks’ delay with opposition from the Netherlands and the threat of a Hungarian veto weighing on chances of a deal on the EU’s 2021-27 budget, envisaged at slightly above 1 trillion euros ($1.1 trillion), and the attached recovery fund.

“The hope is tempered by the fact that the obstacles to an agreement remain high with 4-5 countries insistent that any grants be allocated with conditionality on the part of the countries receiving them,” CMC Markets’ Michael Hewson said in a note.

“This is hardly unreasonable, but also suggests there will be no quick solution, with the probability that the can will get kicked down the road.”

However, the STOXX 600 was on course to record a third straight week of gains, as reports of progress in developing a COVID-19 vaccine supported cyclical stocks.

Automakers .SXAP were the top sectoral gainers in Europe as Daimler AG (DAIGn.DE) rose 3.4% after saying it expects to post a smaller-than-expected operating loss in the second quarter in a pre-earnings release.