There’s a new gorilla in the bond market.

The European Union issued debt in a big way for the first time this week to finance pandemic relief programs, generating exceptionally strong demand from investors eager for an alternative to the United States Treasuries that dominate the government bond market.

The bloc has borrowed from the bond markets before, for example to help Greece recover from a financial crisis, but never on the scale it did on Tuesday. The European Commission sold 17 billion euros ($20 billion) in 10-year and 20-year bonds, the first of a series of issues that will raise a total of €900 million during the next five years.

Previously, national governments were responsible for almost all of their own financing. Countries like Germany and the Netherlands opposed issuing common debt because their leaders did not want to be responsible for paying back money spent in countries with low credit ratings, like Italy or Portugal. But the economic devastation caused by the pandemic changed their views.

“The commission will borrow for the first time on financial markets on a large scale,” Johannes Hahn, the European commissioner in charge of budget and administration, told reporters at a news conference in Brussels Wednesday to announce the results of the sale. “We have done it before, but we are entering a new level.”

Treasuries have long set the standard for low-risk government debt. U.S. government bonds are the most widely held debt in the world, with a market value of $27 trillion. By comparison, the European Union remains a relatively small player.

The demand for the E.U. bonds, even though they carried interest rates close to zero, comes when the bond market is flooded with Treasuries and investors are anxious for alternative.

Investors placed orders for 13 times as much debt as the E.U. issued, the European Commission said. Bond buyers are uneasy about soaring government spending by the United States government, a widening trade deficit and falling interest rates, George Saravelos, a bond strategist at Deutsche Bank, said in a research report.

The sale is “a vote of confidence on the euro as a reserve asset, particularly at a time when the dollar’s dominant role is being questioned,” Mr. Saravelos said. 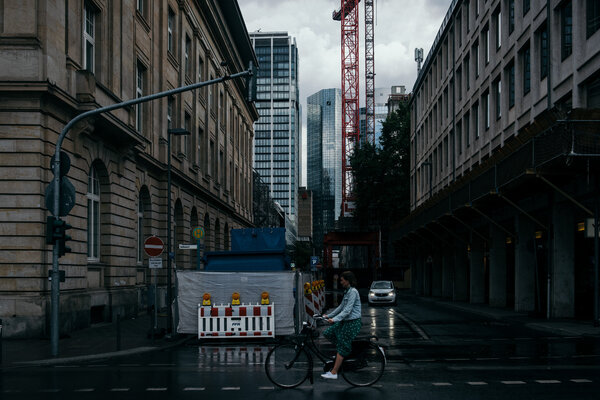 Central banks were among the biggest buyers in the bond sale, which was managed by Barclays, BNP Paribas, Deutsche Bank, Nomura and UniCredit. That probably reflects the central banks’ need to stock up on euro assets so they can meet demand on currency markets for the euro, which has gained value against the dollar in recent months.

The money raised from the issue is earmarked for pandemic relief programs such as subsidized furloughs for workers in industries hard hit by the crisis. The need for aid is growing daily as a second wave of infections overtakes much of the continent.

“It’s absolutely high time in view of higher infection rates,” said Mr. Hahn, the European commissioner. The funds will “allow us to address the urgent needs of our citizens to help them overcome this crisis,” he said.

But the funds will take a while to reach European citizens because of a political impasse in Brussels.

The European Parliament is demanding that money be withheld from Hungary and Poland because of their increasingly authoritarian governments and violations of European Union rules. Angela Merkel, the German chancellor, and other European leaders are against withholding the money.

While the Fed could simply load up on Treasuries, the European Central Bank has had to buy bonds issued by eurozone governments in proportion to the size of their economies. That is a complicated and politically fraught task. The central bank faced criticism that its purchases of bonds issued by countries with low credit ratings, like Italy and Portugal, made it a dumping ground for high-risk debt.

The new European Union bonds give the central bank a more straightforward and low-risk way to influence interest rates, while also increasing the supply of debt it can buy without exceeding self-imposed limits on how much of a given bond issue it can own.

The bond sale is supposed to be temporary. All of the money must be spent by 2026, according to the agreement among European leaders. Many European countries remain wary of giving the European Commission broad power to raise and spend money, usurping the authority of national governments and effectively shifting wealth from richer countries to poorer ones.

But many political leaders see the bond issue as an important step toward deeper European unity, and hope that the European Commission will become a permanent player in bond markets.

“We will see how things evolve,” Mr. Hahn said.