LONDON (Reuters) – The dollar slipped for a second consecutive day on Tuesday after the U.S. Federal Reserve unveiled fresh measures to supply precious liquidity into funding markets, sending risky currencies such as the Australian dollar soaring. 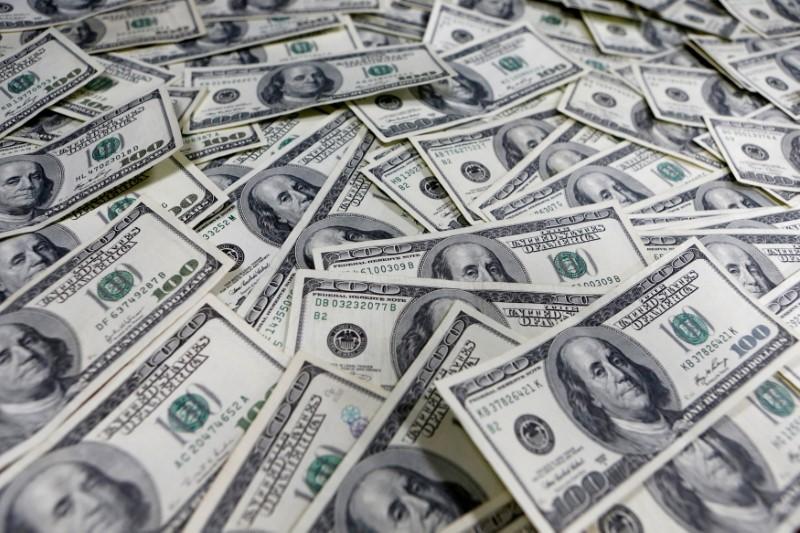 The Fed announced unlimited quantitative easing and programs to support credit markets on Monday in a drastic bid to backstop an economy reeling from emergency restrictions on commerce to fight the coronavirus.

“The dollar funding conditions are easing slightly compared with a week ago, though I wouldn’t say things are normal. While the Fed is pumping dollars, we still need to wait and see if that money will flow to every corner of the economy,” said Koichi Kobayashi, chief manager of forex at Mitsubishi Trust Bank.

While the Fed’s latest measures were seen to have effectively broken the spreading freeze in the dollar funding markets in the short-term, the shock to the real economy is expected to last for a far longer period with latest PMI data offering a glimpse of the pain.

Japan posted its biggest ever services sector decline and factory activity shrank at its fastest in a decade, consistent with a 4% economic contraction this year. The picture in Australia was similar.

Ulrich Leuchtmann, head of FX and commodity research at Commerzbank said in a note that as more economies enact draconian measures to lock down their economies, the global economy would be massively constrained in the near future and markets could quickly turn back into risk-off mode.

The Fed announced various programs including purchases of corporate bonds, guarantees for direct loans to companies and a plan to get credit to small and medium-sized business.