Associated British Foods (ABF) said in an update ahead of its AGM that only 34 of its stores across Europe remained closed amid continued coronavirus disruption to trading since the start of its current financial year.

The company had revealed last month a £2bn revenue hole for the year to 12 September – a consequence of its store-only operation being forced to shut down in the face of pandemic restrictions. 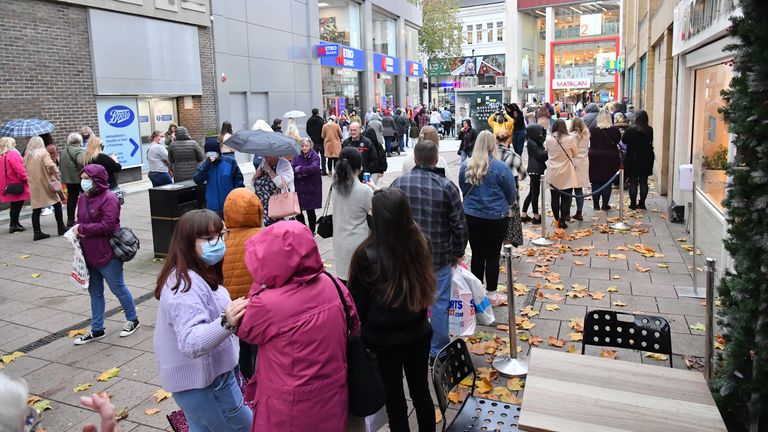 It had previously forecast a £375m hit to sales during the autumn in the face of a second wave of infections Europe-wide.

But its statement suggested Christmas shopper behaviour since had mirrored the pent-up demand witnessed in June, when the first wave of coronavirus restrictions was eased.

It told the market on Friday: Stores in our major markets of the Republic of Ireland, England, France and Belgium reopened in the last week.

“Sales in the days since reopening in each of these markets have once again been very strong, reflecting the excitement and appeal of the Primark offering.

“We have extended the opening hours during this festive season in most of our stores in the Republic of Ireland and England to cater for the anticipated higher customer demand and to help ensure a safer environment by spreading shopping hours over a longer period.”

The statement added: “Notwithstanding the currently announced periods of restriction, we continue to expect Primark sales and profit to be higher this financial year compared to last. We will continue to expand retail selling space.”

Primark’s performance, as a physical-only retailer, is worthy of admiration – especially in the face of a rising tide of failures.

This week has seen the collapse of Sir Philip Green’s Topshop empire, Debenhams and Bonmarche – all heavily exposed to the high street.

Each is continuing to trade while buyers are sought but 26,500 jobs are hanging in the balance.

ABF said its grocery, sugar, ingredients and agriculture divisions were trading above expectations, saying it had contingency plans in case the conclusion of the Brexit transition period disrupted supplies at the year’s end.

Analysts at Jefferies Equity Research said of the higher than anticipated £430m sales hit: “This gross loss of sales will be reduced by the very strong trading both ahead of lockdowns and on reopenings.

“One highlight of reopenings has been ‘very encouraging’ LFLs (like-for-likes) in the US reinforcing ‘confidence in the acceleration of the US store openings programme’.