One of Ireland’s top economists has urged governments to consider following Donald Trump’s lead in giving away “free money” to boost pandemic-hit economies.

David McWilliams, an author and former economist at the Central Bank of Ireland, said money should be printed and put into the accounts of the public and businesses in a bid to boost consumer spending and combat deflationary shock.

The tactic is known as “helicopter money”, or a “helicopter drop”, a term coined by American economist Milton Friedman in the late 1960s, as a metaphor for a government showering its people with cash from above.

There have been some precedents set during the coronavirus crisis. As part of a $2.2trn stimulus package announced by the US president, most Americans are being sent cheques for up to $1,200 (£967) to spend as they wish.

In February, Hong Kong unveiled its plan to hand every adult permanent resident around £1,000.

“I think Trump in this regard has the right idea,” Mr McWilliams said.

“Sometimes in economics, very simple solutions are avoided precisely because they’re simple. What we’re trying to do is to get money from the central bank to the people.

“Why have the banks in the middle been complicating it? The solution to a cash crisis is free money. I know it sounds ridiculously easy… because it is.”

For helicopter money to work – in other words, for people to spend the free money – they have to believe the government has printed, or created, the funds. 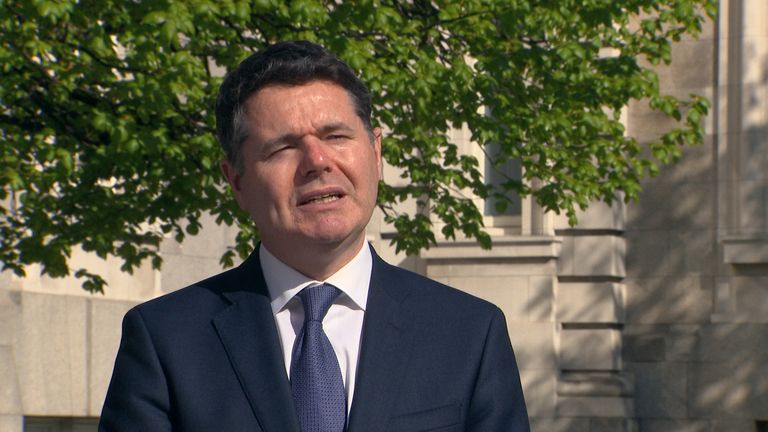 If people believe it will instead be funded by future tax increases, the natural instinct could be to save the money, thereby defeating the purpose of the exercise.

Mr McWilliams describes this as “the alchemy of central banking”.

“Once inflation is low, the central bank can just print the stuff,” he said.

“We have an economic vaccine – it’s called money. We know the central bank prints it. It doesn’t even have to print it, it just has to put a zero after people’s accounts.

“We have the vaccine, we know what to do. And amazingly, we’re not using it because of some morality idea that we can’t do this because it will lead to inflation, when we know we’re in a deflationary spiral.

“It is absolutely nonsensical. It is as mad as a laboratory having the vaccination for COVID-19, and saying ‘we’re not going to use it’.”