Coronavirus permitting, there’ll be fireworks and parties to mark the arrival of 2021.

But as the clock strikes midnight, it’ll also mark the end of the Brexit transition period. Trading relationships that have been in place for years will go up in smoke.

Civil servants are racing against the clock to replace these relationships with something even more dazzling and befitting of modern “Global Britain”.

This week trade negotiators will pursue simultaneous talks with three key UK partners – the United States, Japan and European Union (EU). If they fail, businesses and households could pay a high – and very unwelcome – price.

What is the UK trying to do?

It’s been called “cherry-picking” by Brussels. But the UK government would see its negotiations there as trying to replace its existing relationship with the EU with one that suits its needs better, while trying to avoid the imposition of tariffs where there are currently none.

With the US, it’s designing an arrangement from scratch. And in the case of Japan, it’s simply replicating a deal that that country already has with the EU – with a few added extras, such as agreements on digital trade. 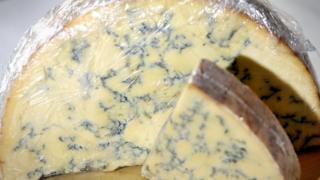 What are the sticking points?

Trade deals aim to increase the choice of what’s available from other countries – and lower prices. But that has to be balanced by protecting the needs of businesses at home. And this is the tricky bit.

While the UK has managed to largely replicate the EU’s deal with Japan, the issue of cheese, such as Stilton, has caused a stink.

Britain wants better access for its cheese farmers; Japan isn’t keen. Is this really worth the strife, given that Japan only buys about £2m worth of British cheese? Well, it’s not about the current picture, but the potential for growth.

Ditto the US and its chickens. America has made no secret of the fact that it wants its farmers to have a bigger presence on British plates. That’s currently up for discussion, and may cause ructions.

But what isn’t being negotiated is a lowering of standards to American levels – such as the conditions in which chicken can be raised, the reason they’re rinsed in chlorine. That responsibility falls to the UK Food Standards Agency.

And hard to swallow in Brussels has been the UK’s demand for the right to catch more fish in surrounding waters. Fishing makes up less than 0.2% of the UK economy – but, again, it’s about the potential gains.

And it’s about keeping voters happy: trade deals are as political as they are economic. So even talks over small-fry matters mean trade deals take years to hammer out.

What are the chances?

Ambitions that a deal with Japan, Britain’s first major trophy in the Brexit era, could be sewn up by the end of July were dashed. And that’s with a partner that accounts for just 2% of British exports. We’re edging closer to the finish line, but it doesn’t bode well for talks elsewhere.

Meanwhile, hopes for a deal with the US, which buys almost a fifth of British exports, ahead of the November election have faded. Officials are now quietly pinning their hopes on an agreement by next spring.

As for the EU, the continued impasse where there was once an aim of a deal by October has seen the chances of a no (trade) deal rise sharply.

What if there’s no deal?

If there is no agreement by the end of the year, those countries’ imports will face the same charges and rules as those from any other nation with which the UK doesn’t have a deal. They’ll have the new UK Global Tariff imposed on them.

Crucially, that would mean that over half of good imports, by value, from the EU would face extra charges, compared with none at present.

The biggest rises would be in the price of cars, and foods such as lamb and beef, where tariffs are being retained to protect British producers. The British Retail Consortium has warned of price hikes on staples from olive oil to cucumbers.

Under a previous no-deal plan, the Office for Budget Responsibility reckoned the total cost of tariffs could mount into the billions – and that’s with fewer tariffs than now envisaged.

Those costs would be born by businesses and households, squeezing budgets and the ability to create jobs, when the economy least needs it. And that’s before taking into account the cost of planning for businesses and potential for delays at the border.