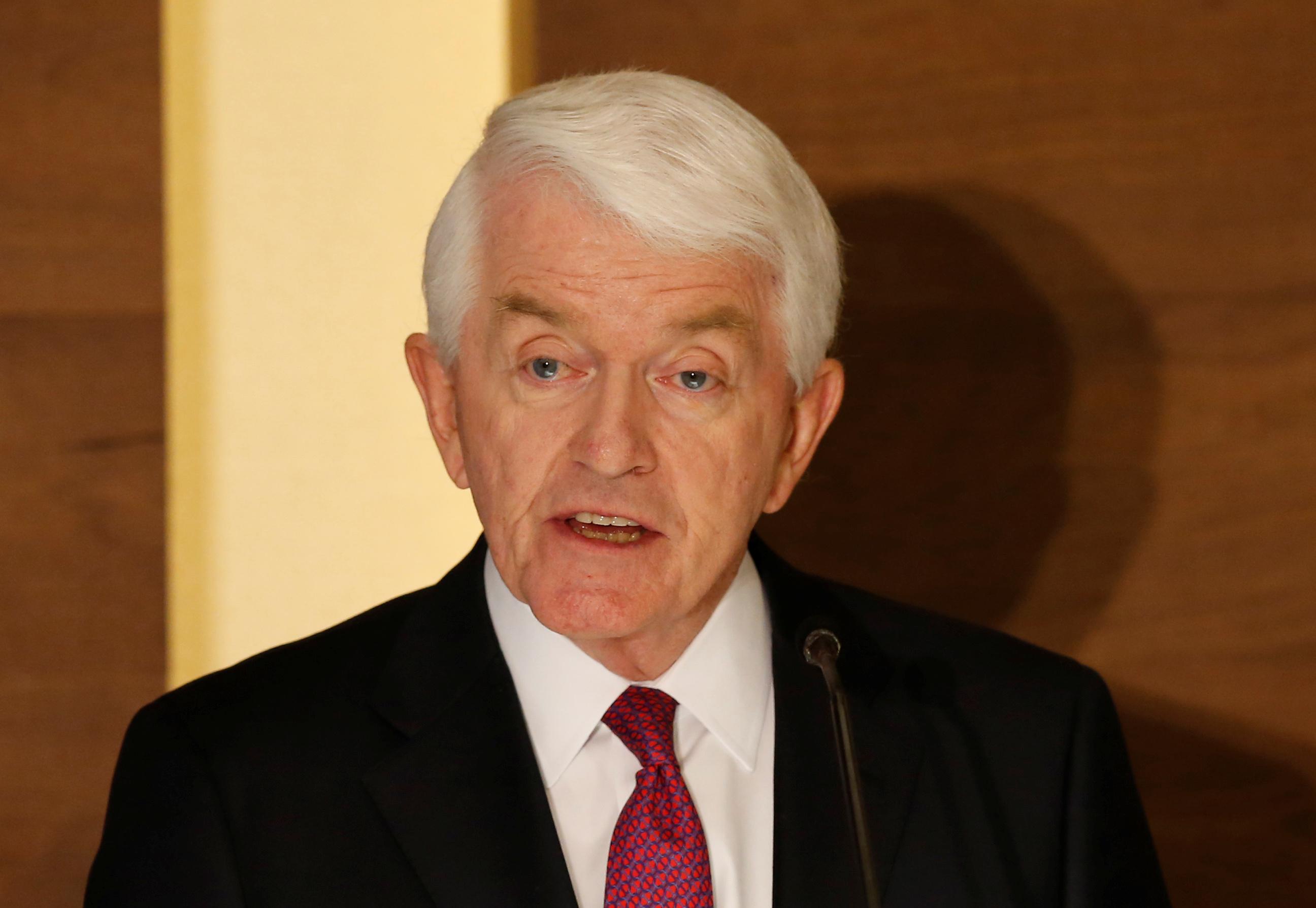 WASHINGTON (Reuters) – The U.S. Chamber of Commerce on Tuesday warned the U.S. government against overdoing a major effort underway to rip U.S. supply chains out of China in the wake of the coronavirus pandemic, saying such moves could harm the economy.

“Protecting the resiliency of our supply chain doesn’t have to mean reshoring all production in the United States,” Chamber Chief Executive Thomas Donohue told an online conference.

He said there may be a need in future to increase domestic production in some industries “but there will also need to continue to be a huge place in the U.S. economy for a global supply chain.”

President Donald Trump has long pledged to bring manufacturing back from overseas, but the coronavirus pandemic and concerns about dependency on Chinese imports have sparked a flurry of new activity on the issue.

“We’ve had a lot of policy ideas on the table and we’re sort of sorting through them right now,” he said.

The U.S. Chamber and other groups say moving production facilities to the United States from overseas will be costly and time consuming, and stockpiling essential supplies would be more cost effective.

They worry that extending “Buy American” rules to boost U.S. government buying of drugs and medical equipment could trigger retaliation by China and other countries, and jeopardize supplies of critically needed masks and devices.

Most shortages of were due to a huge increase in demand, not over-reliance on supplies from China, Donohue said. The Chamber says 70% of pharmaceuticals used in the United States are made domestically and China produces less than 1% of all drugs Americans consume.