CHANGMINGZHEN, China — The smell, salty and pungent, wafts through the freshly paved streets near the gleaming new factory.

The factory is owned by a company called Laoganma, which makes a piquant chili-and-soybean sauce famous across China for its power to set mouths watering. In a time of global pandemic, when the jobs of working people around the world hang in the balance, the factory’s scents signal opportunity.

Since it opened in March, when China was still in the grip of Covid-19, the factory has struggled to find enough machinery operators or quality control technicians. Now workers are flocking to Changmingzhen, a once-quiet farming town ringed with green mountains and rice paddies, from which young people once fled for better jobs elsewhere.

Changmingzhen stands as a testament to China’s stunning post-coronavirus revival — one powered by the calloused hands of the country’s factory and construction workers. With few exceptions, the rest of the world remains in a pandemic-driven malaise. But when China reports economic figures for 2020 on Monday, they are expected to show its economy grew despite losing early weeks to the lockdown.

On a recent evening, workers flush with money left the factory at shift’s end and flooded nearby market stalls looking for hand-cut noodles, bananas and mandarin oranges. The family-owned company pays its production workers up to $1,200 a month. “Not bad for workers our age,” said Wang Mingyan, an employee leaving her shift.

The slight 50-year-old said she received a rent-free apartment, free cafeteria meals and other benefits, as Laoganma competes with other companies for workers. The menu isn’t always to her liking, but that’s a small price to pay.

“When you’re away from home,” said Ms. Wang, who moved from her hometown more than two hours away, “you just fill your stomach.” 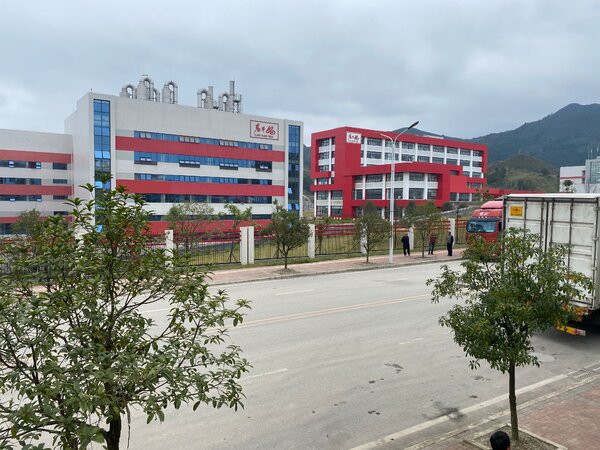 Beijing turned to the same set of blunt tools to get the economy going again. It ordered factories to reopen and state-run banks to lend. It told state-run companies to restart.

Now the economy is charging ahead. Government subsidies are fueling new rail lines and factories. One state-owned company, a would-be competitor to Boeing and Airbus, says it will invest $3 billion in 22 big construction projects.

The government’s role makes China’s revival distinctly blue collar. The state’s levers are most effective when it comes to restarting big factories or big construction projects. It has long focused on keeping the working class happy for fear of the sorts of upheavals that have upended politics in the United States and Europe.

Beijing has a harder time fixing other problems. Shoppers remain skittish, and may become more so as the virus has resurfaced in several cities lately. Its economy still relies less on innovation and services than on making stuff. Legions of college graduates still find satisfying jobs in short supply.

About 50 miles up the highway from Changmingzhen, in the provincial capital, Guiyang, Laoganma advertised positions with three-foot-high signs at a local job fair. But the work holds little appeal for young people looking for jobs.

“You can find one if you look, but it will just not be the kind you imagined,” said Grace Cai, a senior majoring in tourism management at a Guiyang university, “and not the kind that meets the demand in your heart, or reaches your goal.”

Ms. Cai had an internship last autumn working as a waitress in a hotel restaurant. She dreads finding a full-time job.

“There are too many students now,” she said, “and because of the epidemic, it is actually not easy to find a job.”

The villagers in Changmingzhen may not agree. It is in southwestern China’s Guizhou Province, in a county that was so poor five years ago that it became a target for China’s antipoverty campaign.

Even before the coronavirus, officials strove to put idle hands to work. The national government just built a modern expressway and a bullet train connecting Guizhou to a neighboring province. Laoganma and other companies soon followed. The town buzzes with construction laborers throwing up apartments for new workers.

“Every factory is short of workers — the local ones have all been recruited,” said Zhou Xin, a former farmer who gave up his rice paddies so that Laoganma could build its factory. “It’s too toilsome and local people are not willing to do it.”

His own daughter studied in Shanghai and stayed to work for an industrial design company. He now runs a small eatery across the street from the factory and still fishes in an adjacent river. He resents just one thing: the factory’s constant low rumble and hiss.

“It doesn’t matter if you get used to that sound,” he said. “There are billions of renminbi invested here.”

The factory was supposed to have opened in February. Then the pandemic struck.

Streets emptied. Residents set up barricades at town entrances, checking everyone’s temperature. A mix of fear and camaraderie kept practically everyone at home for six weeks, living on corn, potatoes and greens from backyard gardens.

Yang Xiaozhen runs a Changmingzhen diner with her parents, charging $1.50 for a plate of dumplings. They closed. Her parents stayed indoors. Ms. Yang scarcely ventured out either.

“We tried to be mindful,” she said, “because we Chinese are certainly very united and very mindful.”

But the virus never struck Changmingzhen. By late February, with the economy still halted, local officials and Laoganma’s managers sprang into action. (Laoganma did not respond to requests for comment.)

Neighborhood officials all over the county were ordered to find unemployed workers for the factory. Municipal workers put in long hours to complete nearby roads. Even the gardeners rushed to plant rows of saplings inside the factory fence.

Wen Wei was one of the first workers. She carries spices to the production line and earns $620 a month. Her husband, who fries hot peppers, earns $1,200 a month.

Laoganma’s package deal lured them to Changmingzhen. It offered a free apartment for them and their two children and free meals at the company cafeteria. They pay only for water and electricity.

“You can’t find such a high salary in other places,” she said.

A few blocks to the south of the Laoganma factory, Zhu Haihua drives trucks for a steel factory that makes towers for wind turbines. His monthly paycheck of $2,300 does not include food or housing.

That is barely half of what the average American truck driver earns. But the money goes much farther in a Chinese mountain village. Frenetic construction over the past few years and permissive zoning regulations have produced a glut of recently built apartments. That allows Mr. Zhu to lease a three-bedroom apartment for just $175 a month.

For now, the sounds of machinery and construction often drown out the sounds of the birds in the Chinese maples surrounding the town. But signs of weakness aren’t far away. Business at Ms. Yang’s diner has never completely recovered.

While the Laoganma factory continues to pump its spices into the air, the government-aided construction projects may not last. The high-speed rail construction crews are moving beyond the village. They come back less often to spend money.

Cai Liuzhong, the owner of a drilling supplies store next door to Ms. Yang’s diner, is preparing to follow the work to the next boom town.

Yang Faxue, a diner regular, feels a quiet confidence that he will always have work. The 36-year-old construction worker has been on the road most of the past two decades, leaving his home about two hours’ drive from Changmingzhen to work initially in the big city of Nanjing. His wife — and, eventually, three children — stayed home.

Mr. Yang was pleased to find a job opening in Changmingzhen, closer to home. And work barely stopped during the pandemic.

“The houses still need to be built,” he said. “Work is work.”