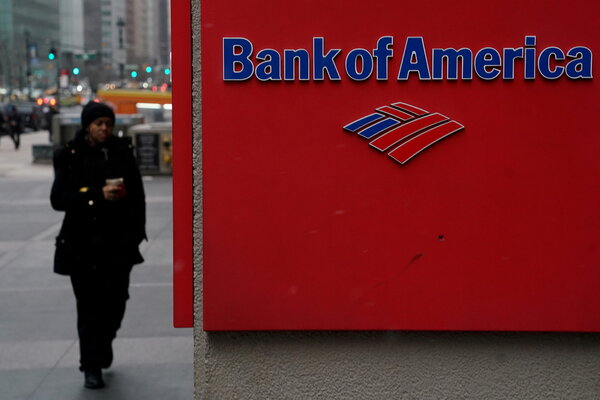 By Kate Kelly and Stacy Cowley

Profit at both Bank of America and Citigroup jumped for the first three months of this year, bouncing back from the lows of the early stages of the pandemic in 2020, as they reduced their loss cushions to reflect an improving economy.

Citigroup more than tripled its profit from a year ago, reporting earnings of $7.9 billion even as its sales fell 7 percent, to $19.3 billion. Bank of America doubled its profit to $8.1 billion from $4 billion. Its revenue of $22 billion was flat.

Like JPMorgan Chase and Wells Fargo, which reported first-quarter results on Wednesday, both banks were aided by the release of the cash cushions they had set aside during the economic downturn last year to absorb potential losses. Citi released $3.9 billion of the reserve it had built up to absorb loan losses, whereas Bank of America’s provision for losses decreased $6.6 billion.

“It’s been a better than expected start to the year, and we are optimistic about the macro environment,” said Jane Fraser, who became Citi’s chief executive last month. “This is the healthiest we have seen the consumer emerge from a crisis in recent history.” Similarly, Bank of America’s chief, Brian Moynihan, noted that “progress in the health crisis and the economy point to an accelerating recovery.”

During a call Thursday morning with analysts and investors, Mr. Moynihan noted that March had been a record month for consumer spending by Bank of America customers.

Low interest rates, which have been a central feature of the Federal Reserve’s efforts to shore up the economy, dogged both companies. At Citi, investment banking and stock trading were areas of strength, rising 46 percent and 26 percent from the prior year.

At Bank of America, investment-banking fees for advising corporations on deals hit a record $2.2 billion, a 62 percent rise, thanks partly to a doubling of activity in stock underwriting deals, including initial public offerings. Global markets revenue rose 17 percent, which was primarily attributable to gains in the sales and trading of bonds and related products.

As part of its earnings release, Citi announced that would exit the consumer market in 13 countries in Asia and Europe, including Australia, China, India, and Russia, reflecting a desire to focus on the bank’s more profitable geographies. In those areas, “we don’t have the scale we need to compete,” Ms. Fraser said.