TOKYO (Reuters) – Factory activity contracted sharply across most of Asia in March as the coronavirus pandemic paralyzed economic activity across the globe, with sharp falls in export power-houses Japan and South Korea overshadowing a modest improvement in China. 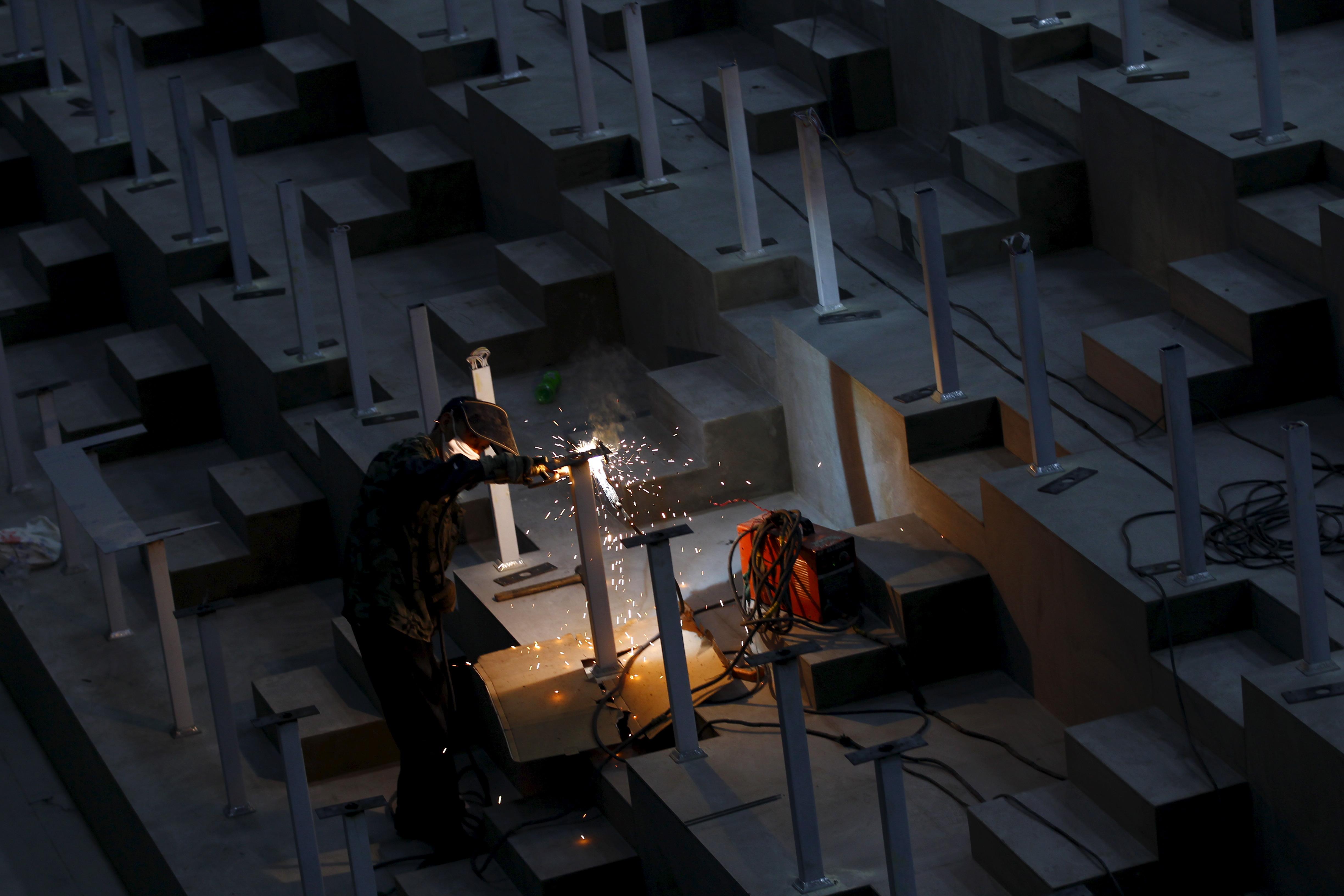 While factories in China gradually restarted operations after lengthy shutdowns and a fall in virus cases allowed the country to start relaxing travel restrictions, activity in South Korea shrank at its fastest pace in 11 years as many of its trading partners imposed dramatic measures to curb the virus’ spread.

“If you look at the Korean numbers, they’re fairly bad … They’re likely to get worse still because Korea will be dependent on parts from Europe and the United States,” said Rob Carnell, Asia-Pacific chief economist at ING in Singapore.

“(Policymakers) have to accept the inevitable that there is a massive global pandemic here, there is an outbreak in almost every country globally and certainly in our region, which is getting to levels that if they don’t take very dramatic action, it’s going to get much worse,” he said.

Japan’s factory activity contracted at the fastest pace in about a decade in March, adding to views that the world’s third-largest economy is likely already in recession.

A separate “tankan” survey by the Bank of Japan showed on Wednesday that business sentiment soured to a seven-year low in the three months to March, as the outbreak hit sectors from hotels to carmakers.

China’s Caixin/Markit Manufacturing Purchasing Managers’ Index (PMI) rose to 50.1 last month, from February’s record low of 40.3, and just a notch above the 50-mark that separates growth from contraction.

South Korea’s IHS Markit PMI plunged to 44.2, its lowest since January 2009 when the economy was reeling from the global financial crisis. The index was 48.7 in February.

Japan’s PMI fell to a seasonally adjusted 44.8 from a reading of 47.8 in February, its lowest since April 2009. The ruling coalition has called on the government to secure a stimulus package worth at least 60 trillion yen ($553 billion), with 20 trillion yen in direct spending.

Policymakers across the globe, including in Asia, have announced massive monetary and fiscal stimulus measures to try to mitigate the economic fallout from the pandemic, keep cash-started businesses afloat and save jobs.

But many measures have been short-gap steps to deal with the immediate damage to corporate funding and shore up financial systems.

The International Monetary Fund has said the pandemic was already driving the global economy into recession, calling on countries to respond with “very massive” spending to avoid bankruptcies and emerging market debt defaults.