Reporting more than 17 million consumers joining Afterpay, since its inception, the company is processing over $1 billion in sales per month — making the North American market the largest contributor to its underlying sales.

According to the company’s latest biannual fashion and beauty trend report, Americans and Canadians represent more than 8.1 million of Afterpay’s growing consumer base. Consumers in Brooklyn, Chicago, Los Angeles, Philadelphia and Houston are doing the most shopping. Notably, since the company’s last report Afterpay’s North American consumers have changed a preference from shopping later in the day to shopping during pre-work hours.

The North American consumer segment is shopping for beauty with an average of four beauty items in checkouts — consistent with last season — and an average checkout of four items when shopping ready-to-wear as consumer trends transition to a preference for monochrome tones, including items such as bodysuits and rompers. Moreover, according to Afterpay’s report, casual fashion is still present, sweatpants, athleisure and nightwear continue to top shopping carts, however, Afterpay shoppers are also beginning to purchase workwear including pumps, work trousers and bodysuits. Authors of the report noted this data may suggest consumers’ looking toward the end of lockdown as vaccinations continue to roll out with travel becoming more accessible and buyers purchasing more duffel bags, swimsuits and sunglasses.

The top three prints for North American shoppers this season were found to be pique, chambray and monogramed or logo with the top three hues found to be chocolate, metallics and plum.

In beauty, the report reveals skin care remains a top priority from shoppers with face rollers, and oils seeing increasing purchases as consumer behavior continues to favor at home treatments. CC cream, sunscreen and nail polish were also bought frequently. Afterpay’s consumer psychologist, Shakaila Forbes-Bell, said these products are likely to remain top of mind as consumers continue to prioritize fresh skin and hold off on returning to a full makeup routine. 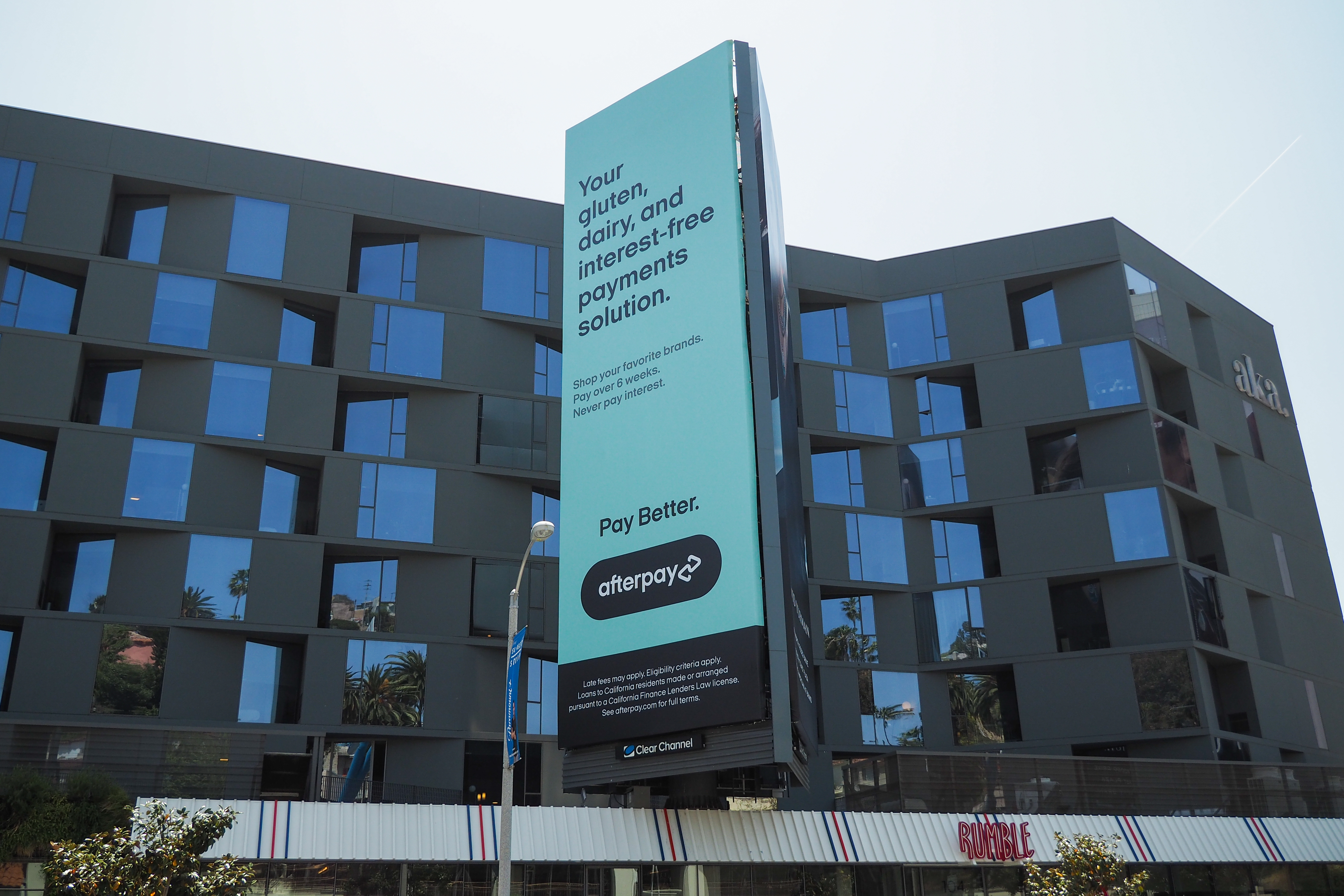 To better understand the findings of the report and the role of fashion in culture and society, Afterpay hosted a panel of experts on Clubhouse on May 26 including Forbes-Bell, fashion futurist Geraldine Wharry and celebrity stylist Kate Young.

Key takeaways behind current consumer motivation included consumers wanting to embrace identities and everyday lifestyles that now function differently coming out of a year of lockdowns and a pandemic. People, the experts agreed, are using shopping habits to fuel self care and support causes like sustainability. Additionally, used as a time to clean out old items, people were able to reflect and are now more likely to buy higher quality items.

“We have also been seeing a shift towards more unisex clothing, with muted colors and shapes that flatter every figure,” Wharry said. “These clothing items may help shoppers simplify their wardrobe after a year of constant overstimulation online. As we enter a new age of fashion with Gen Z at the helm, fashion is sure to become less about following trends and more about your personal method of self-expression.” 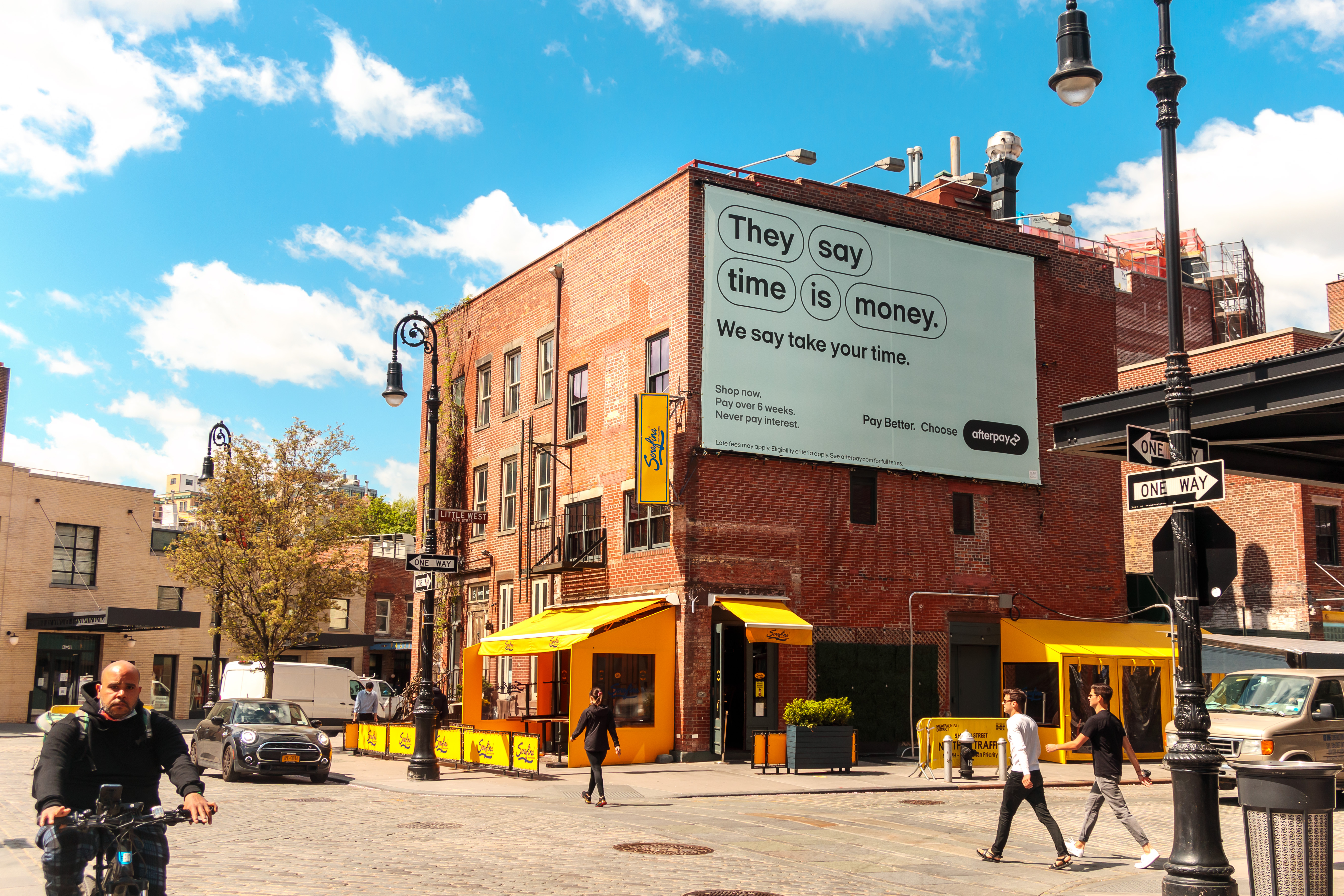 “Afterpay was created to give people access to the things they want whilst maintaining control over their money. We’re thrilled to partner with our fellow Aussie — Rebel Wilson — to encourage more people to join our movement and pay better,” said Geoff Seeley, chief marketing officer at Afterpay.

Through the campaign, Wilson humorously demonstrates why it is better to pay for things using your own money overtime instead of collecting debt and accruing interest with an overall message that consumers can claim control over finances. The campaign also includes billboards and interactive murals in 17 markets including Los Angeles, New York, Columbus, Ohio, and Minneapolis in the U.S.

“It was an honor to partner with Afterpay on its first global campaign because financial health has always been important to me,” Wilson said. “Paying better to me means paying in a way that benefits me, and also not paying any unnecessary fees or added extras. That’s exactly what Afterpay’s Pay Better is empowering consumers to do.”

Afterpay Teams Up With IMG as Multiyear Presenting Partner of NYFW: The Shows