The Neiman Marcus Group has refinanced once again, to the tune of $1 billion in senior secured notes that were sold last week to repay other borrowings, sources told WWD.

The reorganization plan eliminated $4.4 billion of the $5 billion or so in debt Neiman’s had on its books back then, and about $200 million in annual interest payments.

Yet Neiman’s still pays significant interest (estimated at around $150 million annually) on the $1.6 billion in debt it now has. While post-bankruptcy, there’s less debt to manage and the notes extend maturities out a few years to 2026, there’s still a heavy load to handle, particularly in light of the declining revenues Neiman’s has recently seen. They’re listed in the offering memorandum on the notes, a copy of which was obtained by WWD.

The exit term loan and FILO facility are in addition to the liquidity provided by the $900 million ABL, or asset-backed loan, led by Bank of America and a consortium of commercial banks.

By selling $1 billion in notes, the owners have significantly reduced their exposure as lenders, while Neiman’s slightly increases its debt level from what it had been since emerging from bankruptcy.

“They’re trading one chunk of debt for another,” said a financial source. “The notes were just sold to high net worth investors.”

Neiman’s also wants to amend its asset-backed loan facility with Bank of America and certain other lenders to, among other things, loosen certain of the provisions that may restrict availability of borrowings.

The offering memorandum on the notes indicates the ongoing challenges faced by NMG. The Dallas-based luxury chain needs to significantly rev up revenues and profitability to manage its debt, including the notes that come due in 2026, and strengthen its luxury operations and status.

But it did warn, “We will continue to be highly leveraged following the consummation of the transactions, and as a result, a significant amount of our cash flow will be used to pay interest and principal on our outstanding indebtedness, and we may not generate sufficient cash flow from operations, or have future borrowings available under our asset-based revolving credit facility, to enable us to repay our indebtedness, including the notes, or to fund our other liquidity needs.”

There are other concerns. The memo points out that NMG has 22 stores in cities in California, Florida and New York which normally host a large number of international travelers. But international tourism has dropped to near zero due to the pandemic, though the situation could change with an effective global rollout of COVID-19 vaccinations.

Additionally, Neiman’s stated that “recent fluctuations in the strength of the dollar against other international currencies, including the euro, have affected and may continue to affect the willingness of tourists and other non-U.S. customers to buy luxury merchandise from our stores in those [four] states as a stronger dollar relative to their home currencies makes our merchandise more expensive to them on a relative basis.”

Another issue rests with some top designer brand partners that have or are considering converting from wholesale to concession arrangements. In the concession model, the designer brand merchandises its in-store boutiques and pays Neiman’s a pre-determined percent of the revenues.

“While such conversions have not had a meaningful impact on our revenues and profitability in prior periods, we expect the impact to increase in the near term,” Neiman’s indicates in the memorandum. “If not offset by initiatives currently underway, these conversions, taken together, are expected to adversely affect our revenues, earnings and profitability. If designers representing a significant portion of our sourcing were to convert to concession arrangements and we were not able to offset the related impact, the effects of these conversions could be material.” Gucci and Chanel are among the major brands operating with concessions in department stores.

According to the memorandum, for its fiscal year ended Aug. 30, Neiman’s lost $2.47 billion, versus losing $531.7 million in the prior fiscal year.

For its fiscal year ended Aug. 1, NMG’s total revenues were $3.65 billion, compared to $4.66 billion the year before.

NMG currently has 37 Neiman Marcus stores, two Bergdorf Goodman stores, and five Last Call units. The memo reiterates what executives at the retailer have underscored — that, post-bankruptcy, the remaining fleet is “particularly well positioned and smart investments are being made to continue optimizing the in-store experience.” Neiman’s executives have been working hard to gain ground in e-commerce, launching new technologies and virtual events with designers to encourage online shopping, but the memo shows declines in e-commerce. Earlier this year, the company said $85 million will be invested in supply chain innovation, specifically systems and fulfillment centers. NMG is implementing a new order management system, a new warehouse system and investments in the company’s Pinnacle Park distribution facility in Dallas.

Neiman’s plans to renovate eight stores, including those in the Bal Harbour Shops in Miami and Tysons Galleria in McLean, Va., using about $110 million in capital expenditure contributed by developers. In connection with the Chapter 11, five Neiman Marcus stores and 17 Last Call stores were closed.

If Neiman’s is unable to handle its debt through cash flow, it could sell off assets. In the past, there has been speculation regarding selling Bergdorf Goodman but that is the “crown jewel” of NMG, which sees “an enormous runway for growth at Bergdorf Goodman in the online channel, with early proof points of success in digital.”

Collateral securing the notes will include “substantially” all of the retailer’s owned and ground leased stores, which include 17 mall stores and three urban locations, which were not specified. A third-party broker valued the properties at about $650 million, of which about 54 percent is attributed to the urban properties. Of the value attributed to the 17 mall properties, 80 percent is located at malls graded “A++” and “A+.”

The memorandum also reveals that NMG spent $17.2 million in April 2019 for a minority ownership interest in Fashionphile Group, an e-commerce company focused on pre-owned ultra-luxury handbags and accessories.

• About 46 percent of Neiman’s customers are Generation X or Millennials, and they are active on social media.

• About 30 percent of total U.S. revenues in the last 12 months were generated by Neiman’s InCircle loyalty program members who achieved reward status. These customers spend about nine times more than other customers. 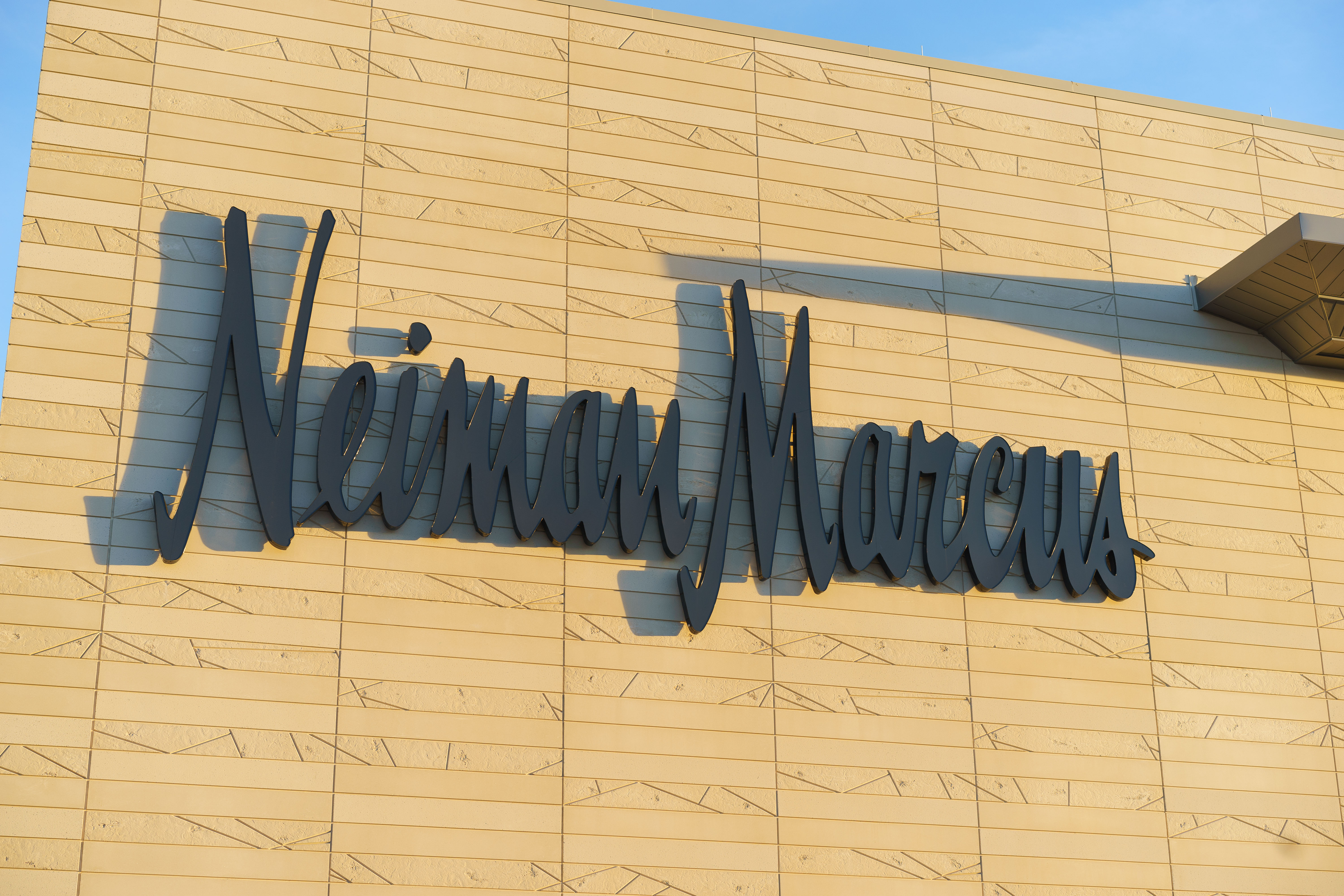 The exterior logo for Neiman Marcus in Fort Worth, Texas. Jason Voinov