Spending the first night in my 1995 GMC camper van, I lay awake for hours in my sleeping bag, watching the window shades glow — white, then red, over and over — as cars sped past in the dark. Is that one slowing down? I wondered. Can they see I’m in here? Will they call the cops?

Van dwellers had told me about “the knock” — usually three sharp raps at the door, often by the police. The risk of getting jolted awake and kicked off my patch of asphalt kept me uneasy and made it hard to sleep.

I was living in a van as a journalist, as research for my book “Nomadland.” Over the course of three years, I followed Americans who had been squeezed out of traditional housing and moved into vans, late-model RVs, even a few sedans. I drove more than 15,000 miles — from coast to coast, from Mexico to the Canadian border. And night after night, I bedded down in a new place, whether a truck stop or the Sonoran Desert. Sometimes I stayed on city streets or in suburban parking lots, which rattled me in ways I’d never expected.

For people whose only home is a vehicle, the knock is a visceral, even existential, threat. How do you avoid it? You hide in plain sight. Make yourself invisible. Internalize the idea that you’re unwelcome. Stay hypervigilant to avoid trouble. Apart from telling you to clear out, the police can harass you with fines and tickets or get your home-on-wheels towed away to an impound lot.

I think about “the knock” a lot these days. More people are moving into vehicles as shelters of last resort, and their ranks are likely to swell when Covid-19 eviction bans expire. Laws punishing the unhoused population have been appearing around the country in a wave of NIMBYism. 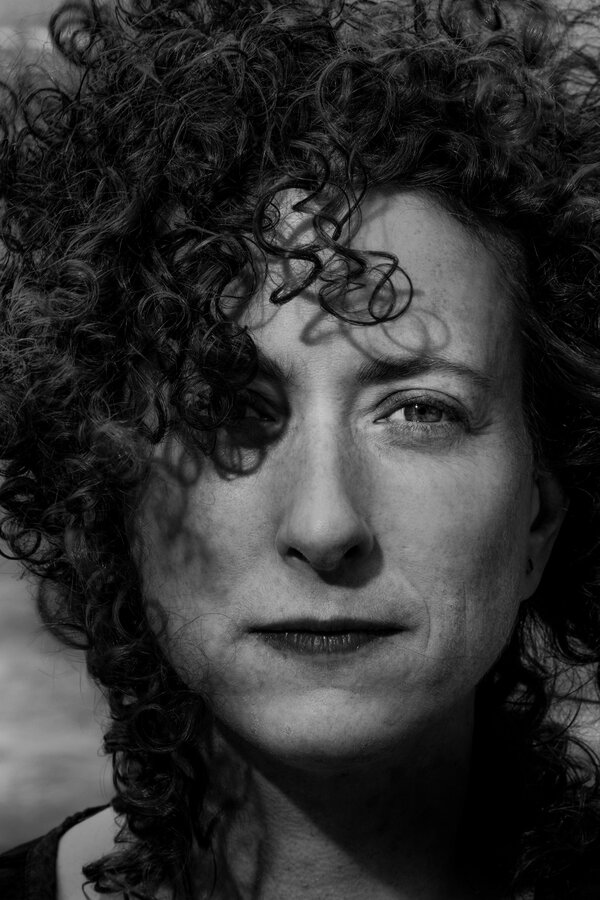 We are emerging from what may be the most introspective year in American history. The meditative film based on my book, which is up for six Oscars this weekend, fits that mood well. The pandemic has prompted much talk of interconnectedness and empathy, what we owe one another as a society. “Nomadland” reminds us that our bonds should extend to those who live in homes-on-wheels. No one should have to live in constant fear of the knock.

In the film, Fern, played by Frances McDormand, is startled by a knock that interrupts a quiet meal. She looks up with a start and swears. A face hovers at the window, and a fist pounds once, twice, three times on the door. Then comes a gruff voice. “No overnight parking! You can’t sleep here.”

Watching the character’s panic at the sudden sound of a fist hitting her van gave me anxious flashbacks. Then it made me sad. Then I felt angry, because that scene was just too accurate, and I wished it didn’t reflect the reality of how people treat one another.

Some of the nomads from my book play versions of themselves in the film. They know this phenomenon too well. Swankie, 76, told me she had nightmares about it while sleeping in her 2006 Chevy Express van.

“I have this strange, surreal dream of someone knocking,” she explained. “Usually happens if I am not 100 percent comfortable with where I am parking.”

Bob Wells, 65, has a popular video, “Avoiding the Knock,” and has been lecturing on the topic for ages. I first heard him talk about it seven years ago in the Sonoran Desert, at a gathering called the Rubber Tramp Rendezvous. He shared tactics for “stealth parking,” such as creating police-friendly alibis and making your van look like a contractor’s work vehicle.

At first listen, I thought about how clever and resourceful those strategies were. But after hearing them a few times, I reached a second conclusion: In a better world, people wouldn’t have to go to such lengths to stay out of sight.

The nonprofit National Law Center on Homelessness and Poverty keeps tabs on over 180 urban and rural cities across America, more than half of which have enacted laws that make it hard or nearly impossible to live in vehicles.

Over the past decade, Tristia Bauman, an attorney at the center, has seen the regulations multiply. Some places forbid overnight parking. Others outlaw inhabiting a vehicle outright. Penalties can pile up fast. Unpaid, they lead to the cruelest punishment of all: towing. Failing to pay an impound fee means losing not just a car but a home.

What would a surge of pandemic-related evictions mean for this community? “We are very concerned — bordering on terrified — about what the future might hold,” Ms. Bauman said.

There are a few bright spots. Some towns have created areas where vehicle dwellers can sleep undisturbed, modeled after the Safe Parking Program that began in 2004 in Santa Barbara, Calif. But those places are few and far between.

More often “the knock” is the law of the land. In the run-up to the Oscars, some have asked what viewers might take away from the film. Letting vehicle dwellers exist in peace would be a fine start. Individuals have the power to help. When you see someone living in a car, van or RV, don’t call the police.

If you’ve seen the movie, remember how the knock made Fern cringe, her voice tightening with anxiety and exhaustion as she shouted, “I’m leaving!”

Then envision a kinder scene, in which people can eat or sleep in peace — even if their homes are on wheels.

Jessica Bruder is the author of “Nomadland: Surviving America in the Twenty-First Century” and an adjunct professor at the Columbia University Graduate School of Journalism.